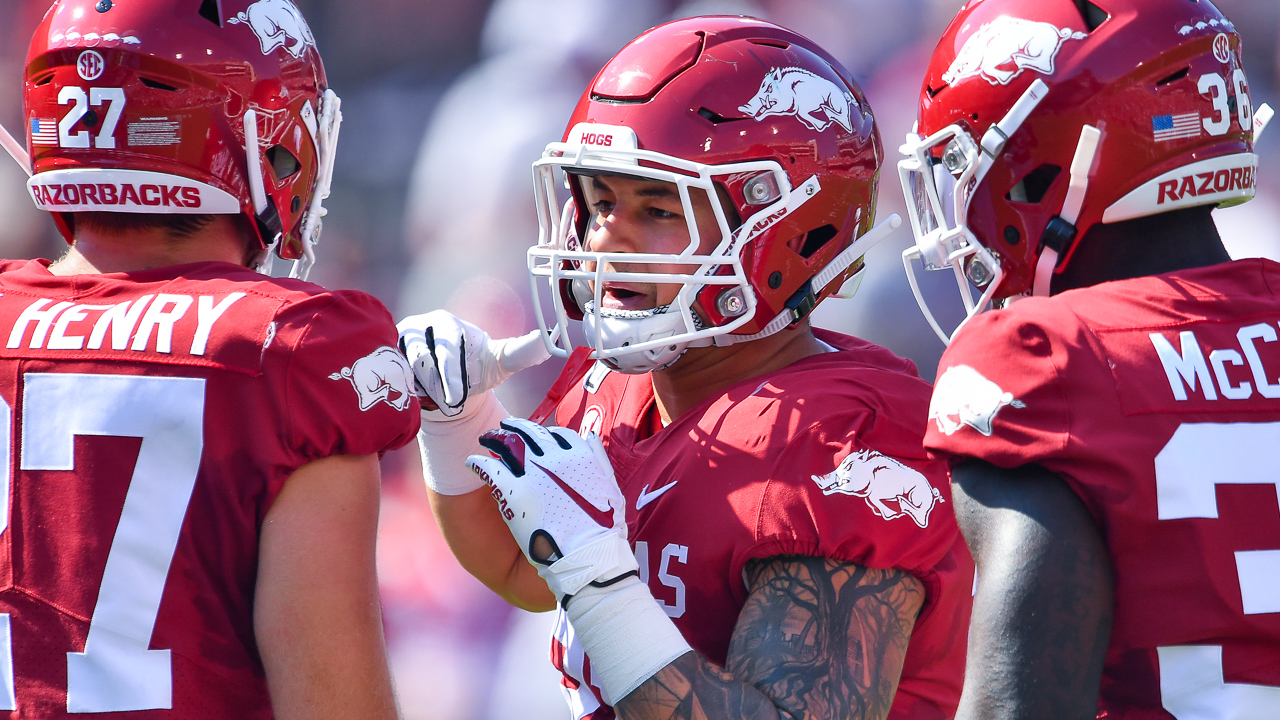 Arkansas has struggled along clinging to a mindset on one side of the ball or the other that hasn’t kept pace for the game today and there is some glimmer of hope that may change.

Razorbacks linebacker Grant Morgan didn’t exactly put it that way Friday in a teleconference but the implication was there, whether it was intended or not.

“It’s a variation off a 3-3, but you have an extra nickel and you have extra DB to stop the passing everyone wants to do,” he said explaining new defensive coordinator Barry Odom’s 3-2-6 defensive scheme.

That is the way college football is going. The previous defensive coordinator came in with a lot of hype that was largely built on an SEC defense 20 years ago but it was based on facing different offenses.

In recent years he had actually accomplished little, but many fans were just happy to have a “name” and didn’t exactly bother to do some checking. We in the media were just as guilty for not pointing it out a little more clearly.

The Hogs haven’t kept up with the changing face of college football over the last seven years and it has changed dramatically.

Teams winning championships throw the ball around in numbers that are alarming to old-timers. The pass sets up the run these days.

And that’s been around awhile. When Tom Landry invented his once-mysterious Flex defense in Dallas back in the 1960’s it was, simply, to stop the run. It was a defense that required a lot of thinking and players who wanted to just cut loose were usually cut loose in short order.

Terry Bradshaw told me after he retired how those Steeler teams beat the Cowboys with regularity in the Super Bowls.

“Shoot, you just pass on first down,” he said. “That throws the whole Flex off because it’s designed to get you looking at second-and-long, then third-and-hope.”

It killed the Flex because because it required too much thinking.

On defense nobody will shut out the last five opponents in a season like Arkansas did in 1964 or Alabama’s 1979 team that allowed 58 points in 11 regular season games (and 35 of that came in two games).

College teams aren’t producing large numbers of NFL-ready offensive linemen, according to pro scouts and personnel people I’ve talked to. That’s why the pro teams are all now spreading it out and throwing it around.

It doesn’t matter, though, because scoring points is what wins games now. Teams that want to control the game by running will win some games if they have better talent, but nobody’s winning championships doing it anymore.

Now defenses just have to get stops at critical times. Arkansas hasn’t done that in recent years.

Morgan has seen most of it.

“This has been the fourth defense I’ve learned over the years,” Morgan said Friday. “This is the most simple defense we’ve learned with just letting us fly around.

“All of the language with the defense is just super easy. They all match. Everything goes with something else, so it kind of all just correlates with everything.”

The part about simplicity may be the most important part of all, when you stop and rewind the tapes from coaches the last couple of years.

We heard far too often about players not thinking too much and just doing it. The implication was youth wasn’t picking up the system, but everything was going to be better when they got some experience.

Jimmy Johnson who told me back about 1990 that defense wasn’t that complicated because basically “the bottom line is when the ball is snapped you see who’s got it and put him on the ground as fast as possible.”

That means schemes are fine but it comes down to making a play.

Buddy Ryan did that with the great Bears’ defenses of the mid-1980’s, which became a terror when he cut 75 percent of the playbook and just let some great players like former Razorback Dan Hampton just make plays.

It makes a difference in today’s new world of college football.