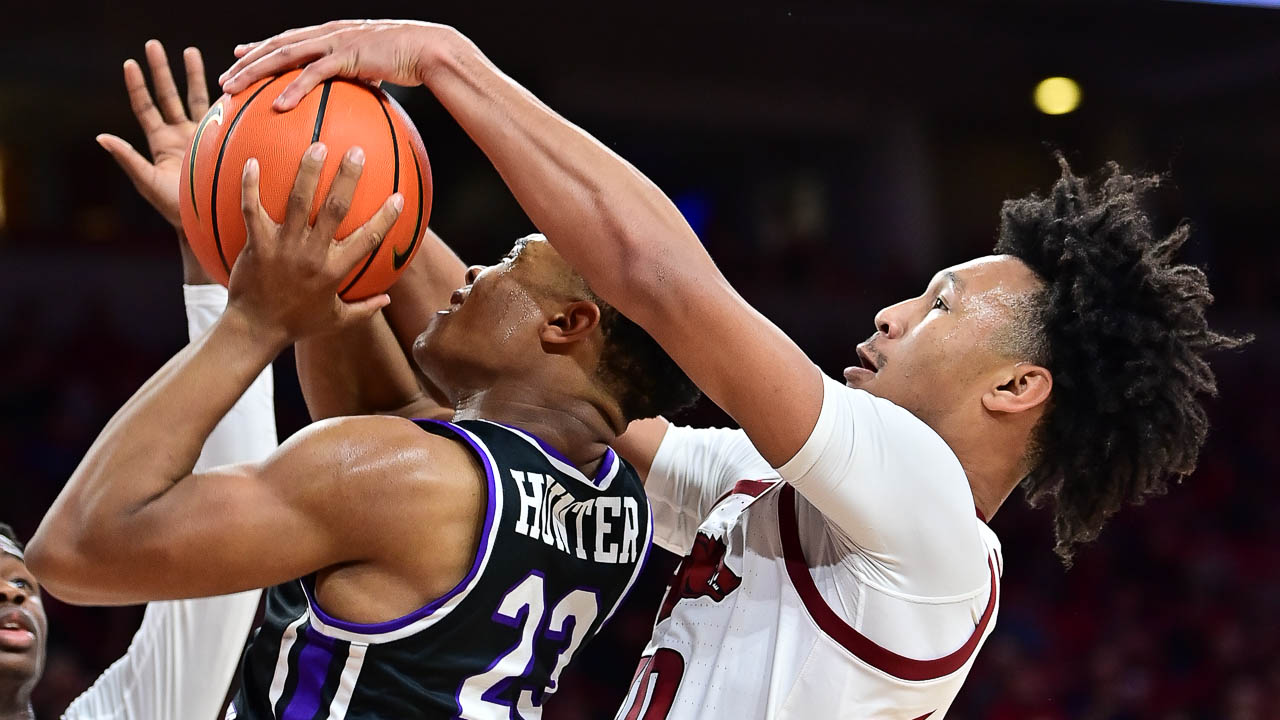 No. 9-10 Arkansas turned a six-point halftime lead into a 37-point, 97-60, victory over Central Arkansas on Wednesday night at Bud Walton Arena.

The Razorbacks improved to 7-0 overall and 8-0 all-time versus the Bears.

Jaylin Williams had a career-high 13 rebounds (11 defensive) and four Razorbacks scored in double figures, including a game-high 17 points from Stanley Umude off the bench, 16 points each from Davonte Davis and Au’Diese Toney, and 10 points from JD Notae.

Umude added eight rebounds and Toney was 6-of-6 from the field in the second half, scoring 14 of his 16 points in the period.

Highlights in the second half include:

• Arkansas scored the first 11 points of the period.

• Arkansas had 15 assists with just five turnovers with eight steals.

For the second straight game, Arkansas will host an in-state opponent when Little Rock comes to Bud Walton Arena this Saturday (Dec. 14). Tip-off is set for 3:00 pm and the game will be broadcast on the SEC Network.

• Arkansas scored the first five points of the game, raced out to a 7-1 lead, and led 7-3 at the first media timeout.

• UCA made 7-of-10 from 3-point range to stay in striking distance.

• UCA won the tip. It was the first time this season the opponent won the tip. However, UCA missed the fast-break layup off the tip.

• Arkansas had 22 assists, marking the second time the Hogs had over 20 helpers in a game.

• JD Notae entered the game as the SEC’s leading scorer, but only had 10 versus UCA. However, he is the only Razorback to score in double figures in all seven games.

• Arkansas has 52 wins since Eric Musselman arrived, including 35 in Bud Walton Arena. Both win totals are the most among SEC teams over the span.

• Arkansas extended its streak to 1,082 consecutive games with a 3-pointer made. The streak is the 3rd-best in the NCAA.

• Arkansas scored over 50 points in a half for the second time this season and the 13th time in the Musselman era. Arkansas also scored 50-plus in the UNI win (53) and 10 of the 14 times to score 50-plus have come in the second half.