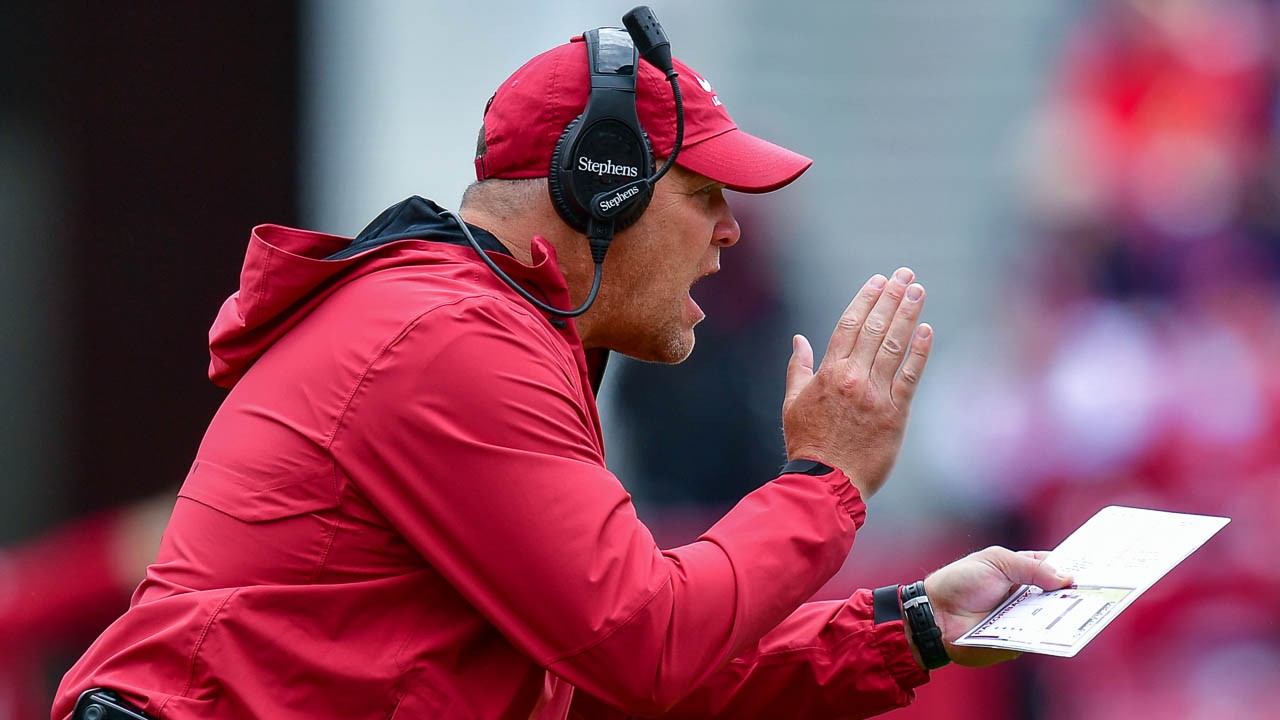 While it’s easy to guess what you think Arkansas will do in Sam Pittman’s second year, the first wagers are being made on the over-under on wins.

The majority of folks don’t think the Razorbacks will hit the current total of 5.5 wins, which is where the first season projections at sports books has set the line.

As of Saturday evening, the under was a -115 in folks putting down their money.

The Hogs have more questions than answers right now. Longtime buddy Lynn Scarbrough was on ESPN Arkansas with Ruscin & Zach on Friday afternoon and said with nine starters returning on defense that was a positive.

Bear Bryant said in the 1970’s the last thing he wanted was a bunch of players coming back from a bad team.

Urban Meyer said at SEC Media Days in 2008 he would “take talent over experience every time” when asked about playing some talented incoming freshmen.

Bringing back a whole bunch of players on a mediocre team that didn’t exactly finish the season getting better usually doesn’t exactly fulfill the promise of improvement.

Defensive coordinator Barry Odom has a group that is playing harder and faster than the previous few years. There are some potentially great players on the field and some really good ones.

There will be big plays. Jalen Catalon, Grant Morgan and Bumper Pool will see to that. Right now, though, whether there are enough other players that perform at that level is unknown. They will probably have to get a bunch of breakout performances to get to that six-win total for a bowl game.

Offensively, KJ Jefferson and Malik Hornsby have to provide the answers to the biggest questions. There is promise with both, but outside of Jefferson doing enough to win the Missouri game last year there isn’t a big database to provide an answer either way.

They should have a pretty solid group in front of them.

The offensive line in front of them is experienced and that group is one where experience can overcome youthful raw talent because it requires some synchronization among all the guys up front to have success.

Pittman spent the overwhelming majority of his time as an assistant developing championship-caliber offensive lines. He’s the head coach of the Hogs, though, and he’s having to oversee every position group on the field and how much time he spends on any one is probably limited at best.

With this year’s four days of propaganda at Media Days just four weeks from Monday, there will be thousands of words written and talked about on what everybody is guessing will happen with the Hogs and everybody else in the league.

Where people are putting down their money, though, the Hogs are 12th in the league in the over-under on wins … and last in the West.

That’s pretty much staying with the numbers.

Arkansas will be favored in three of the four non-conference games (Rice, Georgia Southern and Arkansas-Pine Bluff). They should win all three.

Texas is probably going to roll into Fayetteville the second week of the season and we’ll have some answers after that game. The Longhorns have better backups talent-wise than anybody expects from the Hogs’ starters.

If the Hogs don’t get past Texas that means they’ll have to win three games against eight SEC teams and last year has absolutely nothing to do with this season. Especially considering last season was the most dysfunctional for college sports since World War II.

While Arkansas hopes they have improved, so does everybody else in the SEC.

And the Hogs have the toughest schedule in all of college football … again. To be honest, most of that is because Arkansas is not on the Hogs’ schedule.

If you’re confident, you can put your money where your mouth is with sports betting now as legal as sweating in Arkansas.

Which might be what many will be doing if they take the over.