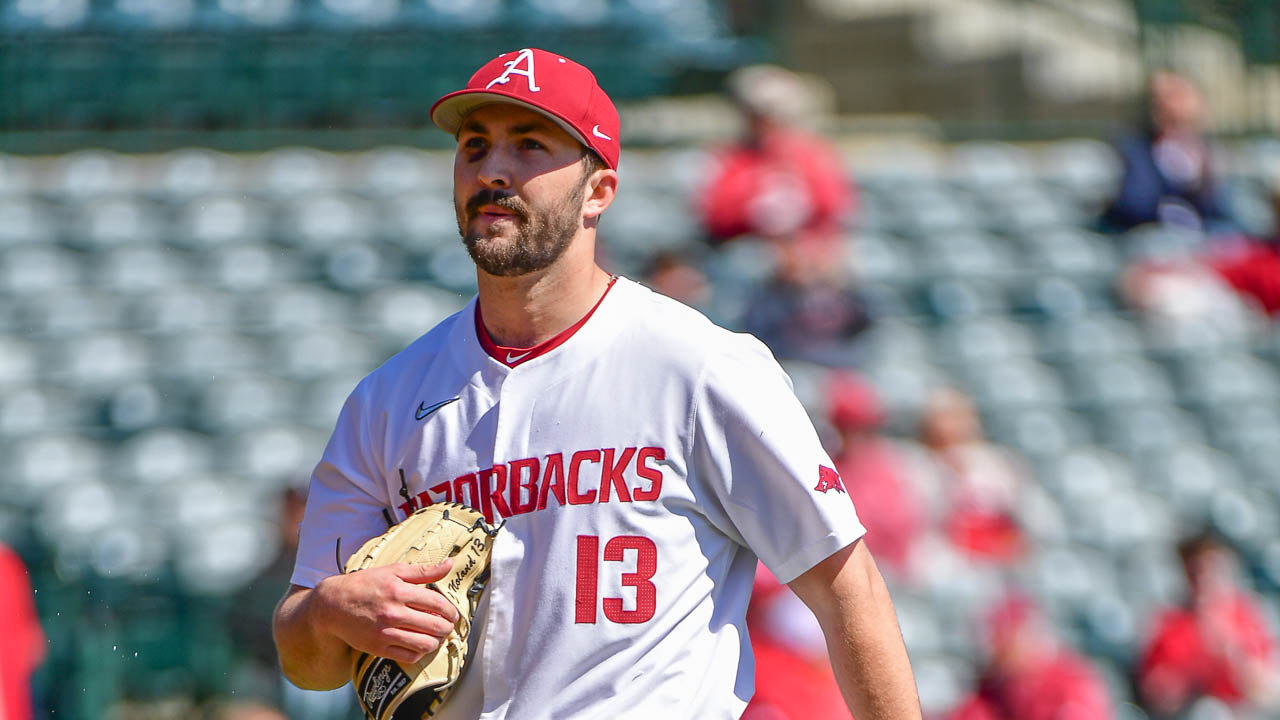 First pitch in the opener between the Razorbacks and Aggies is set for 7:30 p.m. Friday, April 22, at Blue Bell Park in College Station, Texas.

The ballgame will broadcast nationally on SEC Network with Dave Neal (play-by-play) and Chris Burke (analyst) on the call.

Arkansas maintains a three-game lead in the SEC West headed into this weekend’s action. The Hogs, winners of 14 of their last 15 SEC series and six of their last seven conference road series, have won the opening game of their last nine SEC road series.

The entire SEC weekend series in College Station can also be heard online at HitThatLine.com and on ESPN Arkansas 95.3 in the River Valley, 96.3 in Hot Springs and 104.3 in Harrison-Mountain Home with Phil Elson on the call.

Longtime Southwest Conference rivals, Arkansas and Texas A&M have met on the diamond 89 times before. The Hogs own a slim 45-44 series lead entering this season’s three-game series.

This weekend, the two programs will clash for the ninth time since Texas A&M joined the SEC in 2013. The Razorbacks have won six of their eight meetings with the Aggies in that span, including two of the three series in College Station (2015 & 2017).

• The Razorbacks have won 14 of their last 15 SEC series, most recently sweep No. 15 LSU one weekend ago at Baum-Walker Stadium.

• Arkansas is ranked second in the country and first in the SEC in fielding percentage (.986), committing just 19 errors in 37 games this season.

• RHP Connor Noland will toe the rubber in Friday’s series opener, carrying a stellar 5-1 record with a 2.82 ERA in 54.1 innings of work into his 10th start of the season. The veteran right-hander has been even sharper in league play, boasting an unblemished 3-0 mark and 2.30 ERA over 31.1 innings.