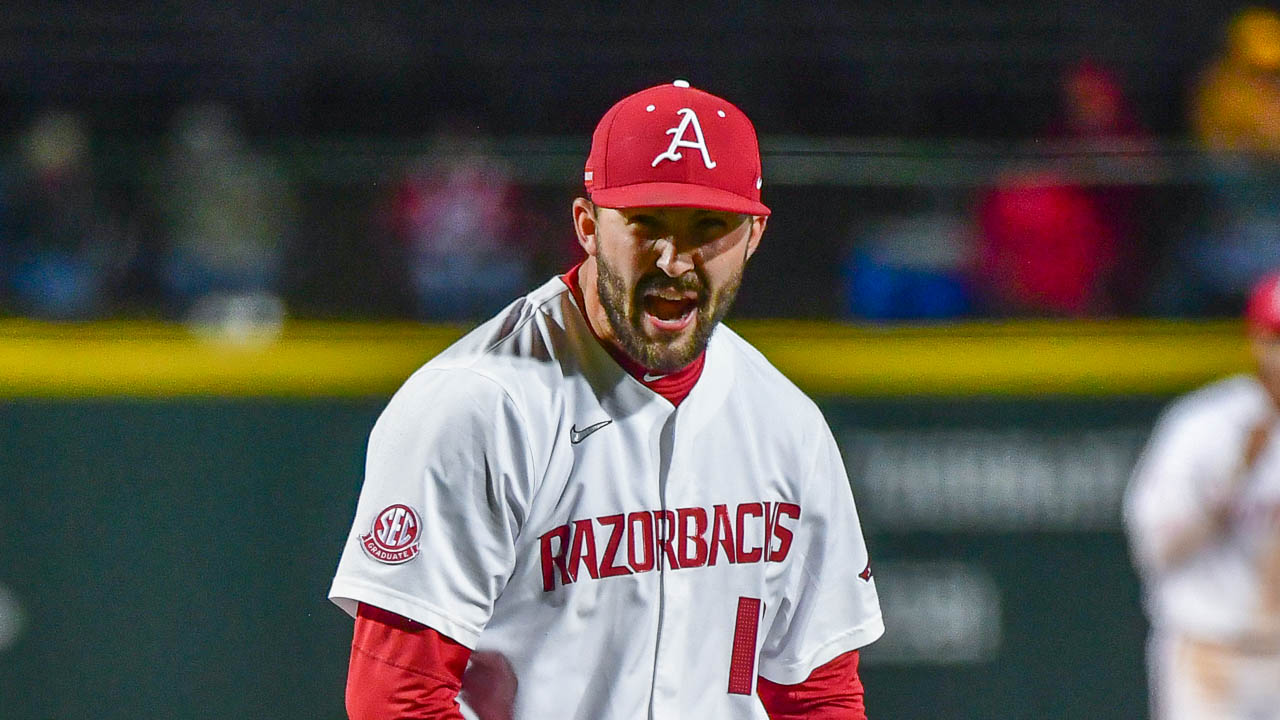 FAYETTEVILLE, Ark. — The top team in the SEC Western Division will get a look at the bottom of it.

Two of the three contests will broadcast on national television, including the series finale on ESPN – the only scheduled ESPN appearance for an SEC baseball game during the 2022 season.

Arkansas, winners of a conference-leading 11 consecutive SEC home series, vies for its first home series win against Ole Miss since 2015 this weekend.

Friday’s game will stream on SEC Network+ with Brett Dolan (play-by-play) and Troy Eklund (analyst) on the call, while Tom Hart (play-by-play) and Kyle Peterson (analyst) will take over on Saturday and Sunday’s nationally televised broadcasts. Saturday’s contest will televise in prime time on ESPN2, while Sunday’s series finale will broadcast on ESPN.

Fans can catch all the action through the ESPN app on smartphones, computers and tablets or via Amazon Fire TV and Fire TV Stick, Apple TV, Chromecast, Roku, Xbox 360 and Xbox One.

The entire weekend series between the Hogs and Rebels can also be heard with with Phil Elson (play-by-play) and Bubba Carpenter (analyst) on the call online at HitThatLine.com or on ESPN Arkansas radio 95.3 in the River Valley, 96.3 in Hot Springs and 104.3 in Harrison-Mountain Home.

• The Hogs, who won last year’s series in Oxford, have won back-to-back series over the Rebels since the 2010 and 2011 seasons.

• Arkansas has not sweep Ole Miss in Fayetteville since the 1999 campaign.

• For the fourth time in the last five seasons, Arkansas holds a 12-6 mark or better in SEC play.

• The Razorbacks boast an SEC-leading 11-series home winning streak headed into the weekend. Arkansas, 8-1 in conference home games this season, has won all three SEC home series this year, including sweeps of LSU and Kentucky at Baum-Walker Stadium.

• Since the start of the 2018 season, Arkansas has only lost one home SEC series, posting a 17-1 SEC home series record in that span.

• Razorback ace RHP Connor Noland will take the mound in Friday night’s series opener. The veteran right-hander has been one of the best pitchers in the conference through 10 starts, owning a 3-1 record with a microscopic 1.93 ERA over 37.1 innings. Noland’s 74 strikeouts this season are second most among all SEC pitchers.

• RHP Brady Tygart was named to the NCBWA Stopper of the Year Midseason Watch List earlier this week. The Razorback closer, with a 1.59 ERA over 22.2 innings to go along with six saves, is one of only three true freshmen on the list for the award given to the nation’s top relief pitcher.