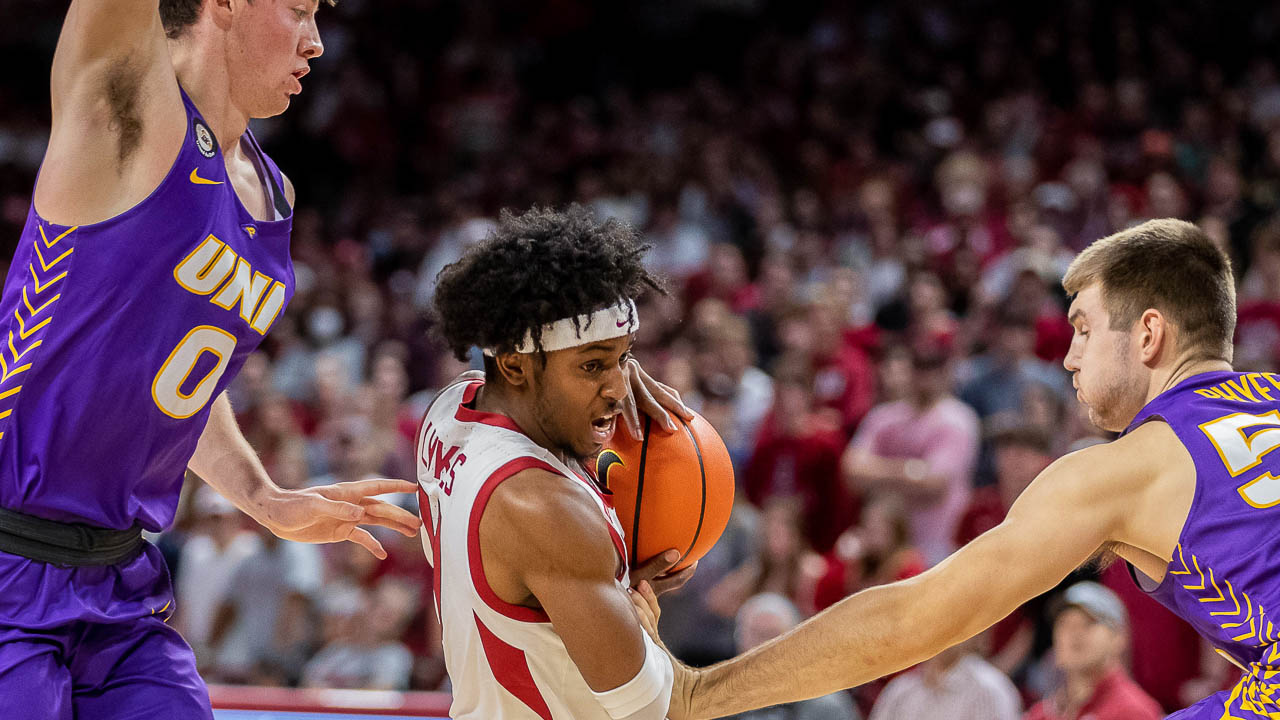 Arkansas hits the road for the first time this season to face Kansas State in the Hall of Fame Classic on Monday in Kansas City’s T-Mobile Center.

Tipoff is set for 8 p.m. and the game will be broadcast on ESPNews.

The Razorbacks are ranked 15th or 16th (depending on which poll you follow). The Wildcats are not ranked.

Game one of the Hall of Fame Classic Monday features Cincinnati and Illinois at 5:30 pm CT on ESPNews.

• Arkansas and Kansas State have met on 11 previous occasions and K-State owns an 8-3 advantage, even though the Razorbacks have won each of the last two meetings.

• The schools have played twice in Kansas City – including the first-ever matchup in 1946 – and the Wildcats won both.

Arkansas is 6-6 all-time when playing in Kansas City.

JD Notae is the only Razorback to score in double-digits in all three games.

• Notae leads the SEC and ranks fifth nationally in steals (3.67).

• Notae ranks fourth in the SEC in assist-to-turnover ratio (3.67)

• The Razorbacks are also 2nd in the SEC (12th NCAA) in assist-to-turnover ratio.

RELATED:   Hogs get 18 from Daniels, but fall in final seconds to UCF on road