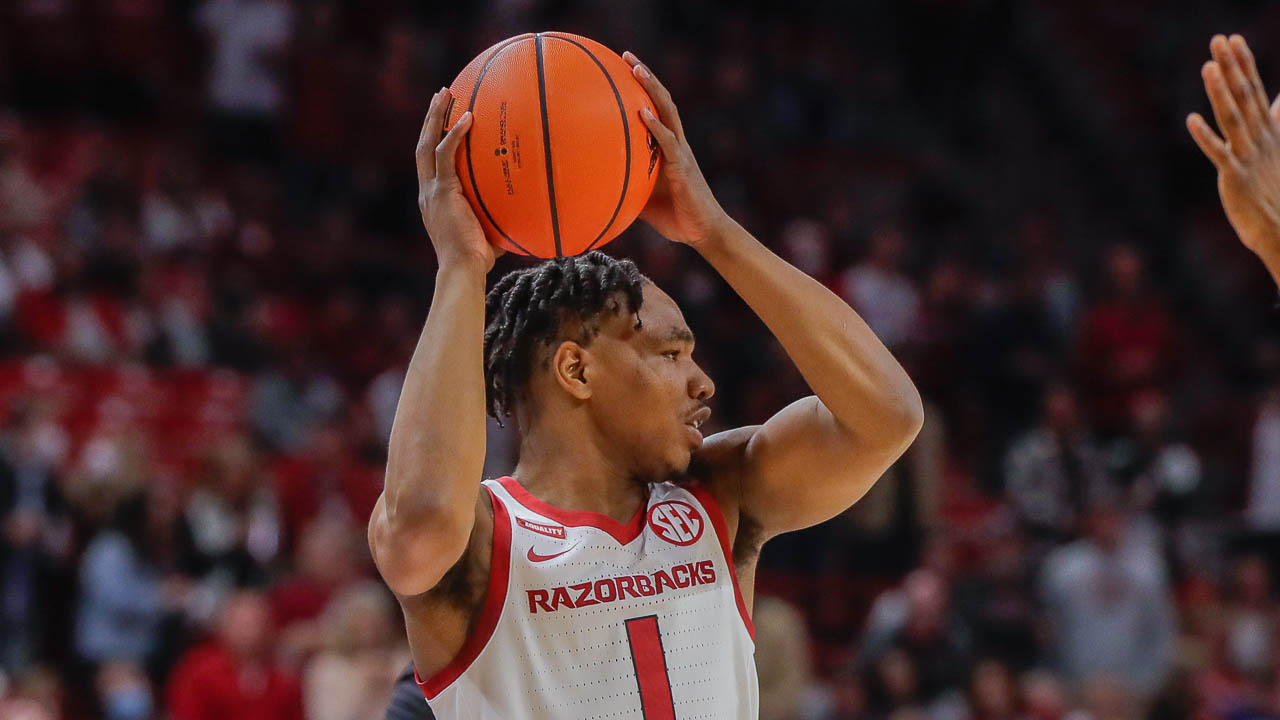 For the third time in five SEC games, Arkansas will play on the road facing No. 12 LSU on Saturday.

Tip-off is set for 1 p.m. and the game will be televised on ESPN2.

• This will be the 73rd meeting between Arkansas and LSU and 66th since the Razorbacks joined the SEC.

The Razorbacks lead the all-time series, 38-34, and is 34-29 versus the Tigers since joining the SEC.

However, LSU leads 19-12 in games played in Baton Rouge, including an 18-11 advantage in SEC match-ups.

• Hogs’ Eric Musselman had successful surgery today to repair torn tendons in his left shoulder and is expected to miss at least two games, starting with the game at LSU.

Assistant coach Keith Smart will serve as interim head coach. Smart joined the Razorback staff this past summer after 22 years coaching professionally, including head coaching stints with the Cleveland Cavaliers, Golden State Warriors and Sacramento Kings in the NBA as well as the Fort Wayne Fury of the CBA.

Smart is a Baton Rouge native, went to McKinley HS and still has his mother and other family members in the area.

Tip-off is set for 1 p.m. and will be televised on ESPN2.

You can listen to the game with Chuck Barrett and Matt Zimmerman online at HitThatLine.com and on the radio at ESPN Arkansas 99.5 in Fayetteville, 95.3 in the River Valley, 96.3 in Hot Springs and central Arkansas, 104.3 in Harrison-Mountain Home and on satellite radio at XM 190.