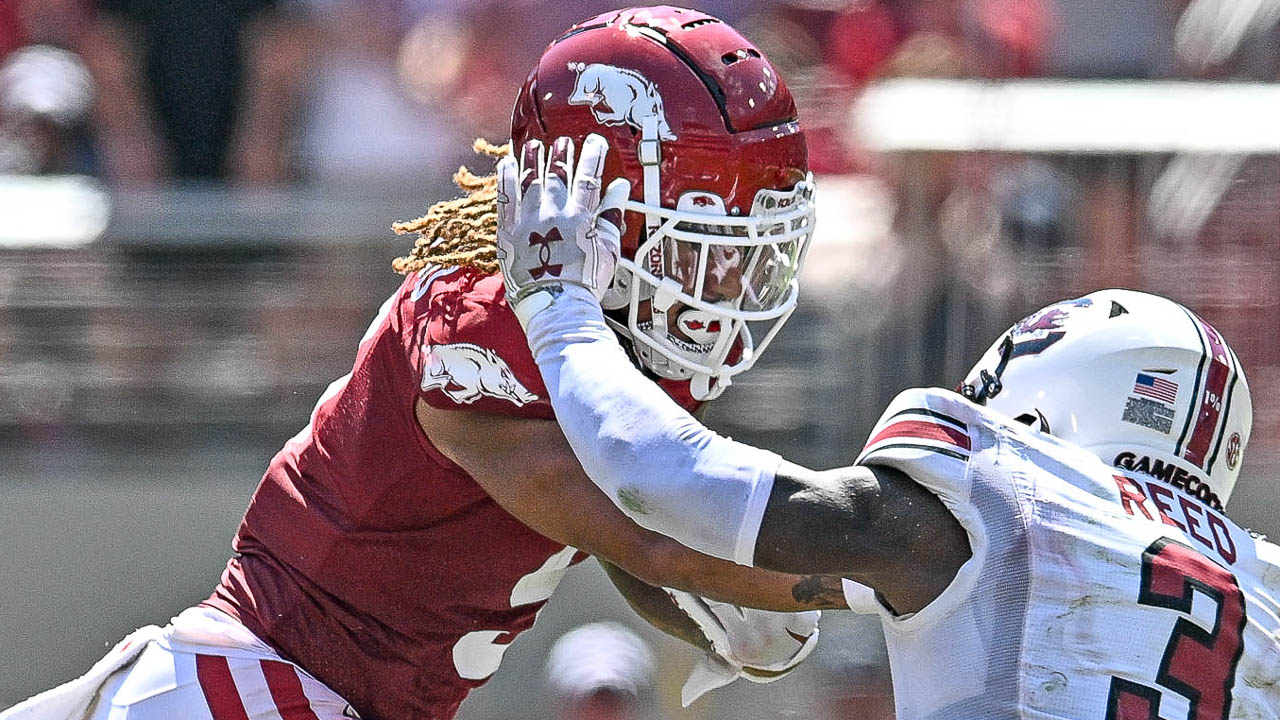 FAYETTEVILLE, Ark. – After a big win over No. 23 Cincinnati last week followed by a convincing win over South Carolina, Arkansas has jumped into the Top 10 of the Associated Press poll for the second straight year.

Since Bobby Petrino was the last to officially pull off this feat, it’s only fitting that he roll into Fayetteville a week after Sam Pittman replicated his success.

Eight SEC teams make up the Top 25, including four in the Top 10.  Georgia takes over the No. 1 spot after the embarrassing showing by Alabama down in Austin.

Of course Bama being Bama, aided by a poor first half by Ohio St. against Arkansas St., only fell one spot to No. 2 in the poll.

Kentucky edges out Arkansas with a big win over Florida in The Swamp to claim No. 9, while the Razorbacks round out Top 10 SEC representation at No. 10.

One of the biggest jumps in the poll is from BYU. The Cougars knocked off No. 9 Baylor in Provo in overtime in the early Sunday morning hours and were rewarded with a No. 12 ranking. Anyone who had the energy to stick around until the end of that game is now keenly aware of how penalties could greatly affect the Razorbacks’ visit in ways previously only felt when visiting Alabama, Texas and occasionally Auburn.

Ole Miss crushed Central Arkansas, which was enough to hold off the Longhorns for a Top 20 spot. The pollsters, as they often do, rewarded Texas for its name and for once again losing by blasting them out of the “Others Receiving Votes” designation, all the way up to No. 21.

That’s right, a team that is 2-6 over its last eight games was rewarded fairly equally to Florida beating No. 7 Utah for a close loss at home.

Texas A&M narrowly avoided the Notre Dame treatment of being dumped from the Top 25 after Jimbo Fisher’s anemic offense continued its low productivity trend against an Appalachian St. team that should have two Power 5 wins under its belt.

The Aggies were pounded into submission by the Mountaineers’ running game into a free fall from No. 6 to No. 24.