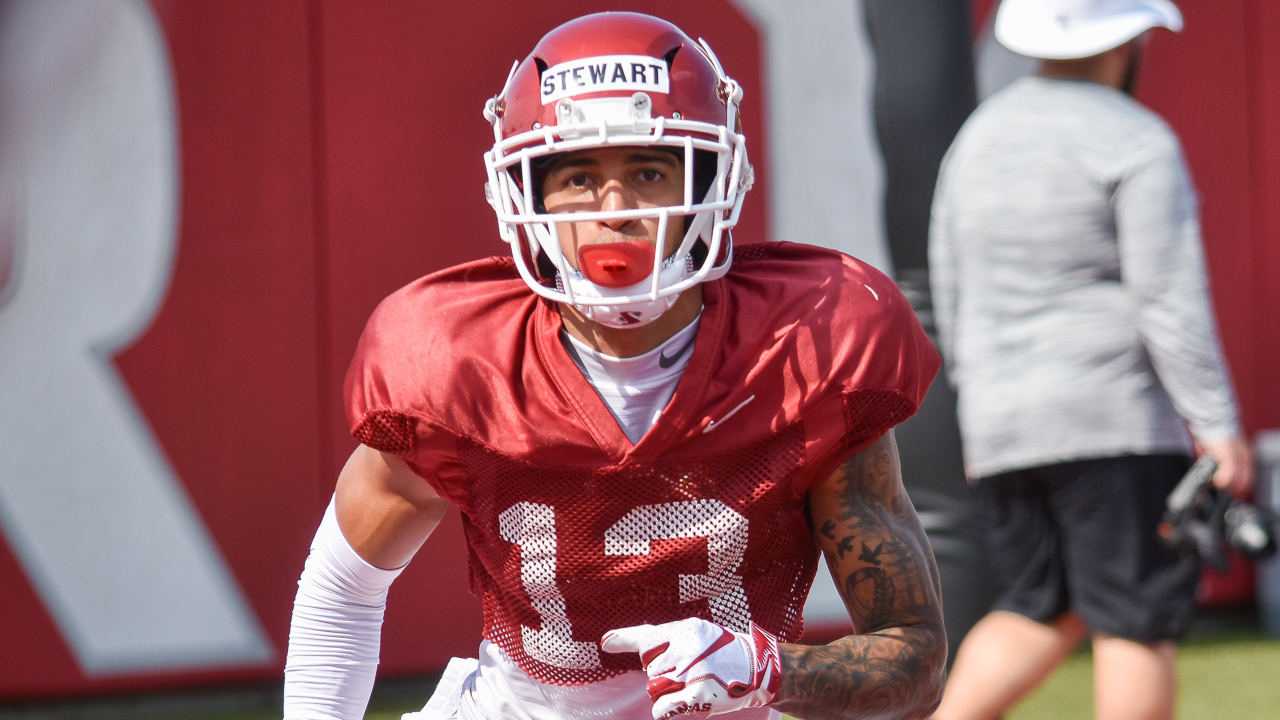 Wide receiver Deon Stewart was arrested and charged with driving while intoxicated early Saturday morning in Sharp County, where his northeast Arkansas hometown of Hardy is located.

According to multiple reports, Stewart was driving left of center and booked around 4:17 a.m. before being released on bond at 10:56 a.m. He has a court date set for Jan. 17.

He missed the entire 2019 season with a knee injury but is expected to try for a sixth year for a position that is talented, but very young.

Stewart caught 57 passes for 616 yards and three touchdowns over four seasons, including 33 catches for 404 yardsin 2017, when he was the second-leading receiver on the team.