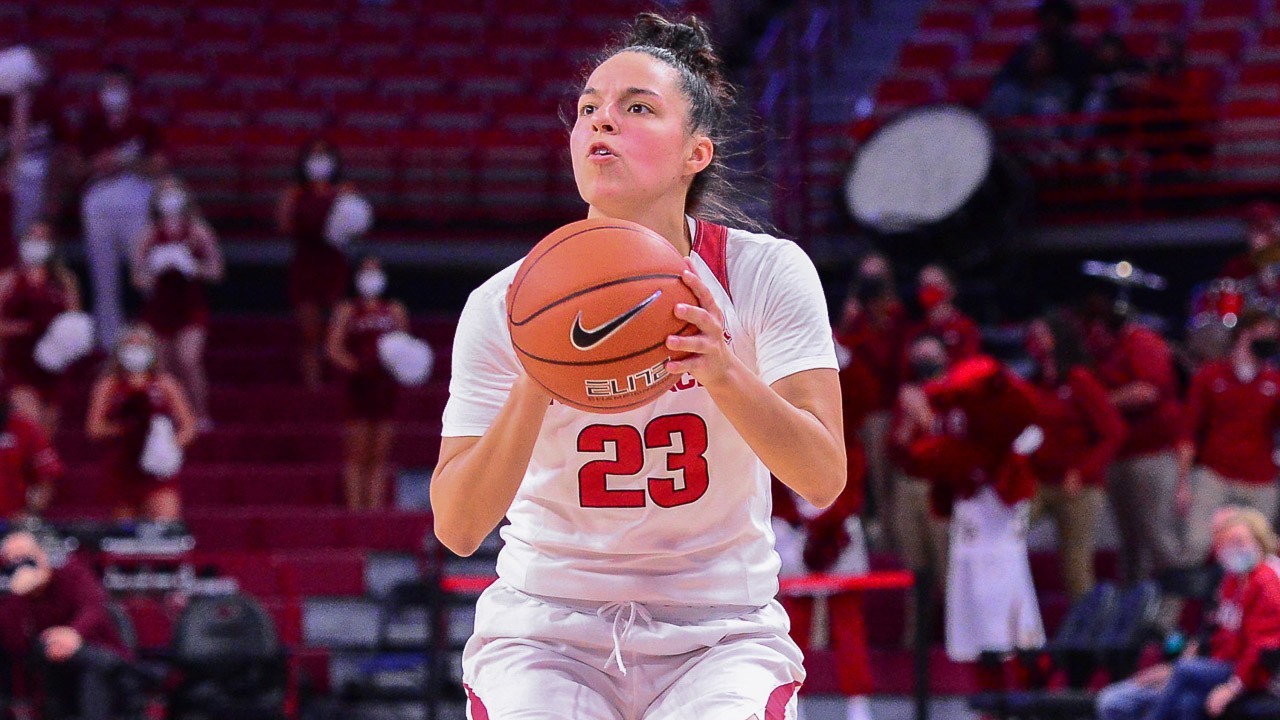 The Hogs caught fire from deep, hitting 16 threes in the game, the most for the Hogs this season, and the most since they hit 17 against Auburn in the SEC Tournament last season, which still stands as the program record.

Redshirt senior guard Amber Ramirez once again led the way for the Hogs, tallying 18 points, all of which came by way of the three ball (6-of-14 3-pointers).

Arkansas got off to a great start in this one, jumping out to a 12-2 start, as both Ramirez and Dungee hit two early threes apiece.

The trend would continue throughout the first frame, as Arkansas would close the period up 23-7, fueled by seven made 3’s.

They only made one two-point field goal in the frame, and of their 17 total field goal attempts, 15 of them were from beyond the arc.

• Senior forward Taylah Thomas led the Hogs on the glass in her homecoming, hauling in eight boards.

• Daniels added seven assists to her 13 points, setting a new career-high in helpers.

• Speaking of assists, Arkansas had 24 of them against SMU, the most for the Razorbacks since the Auburn game in last season’s SEC Tournament (25, 3/5/20).

Arkansas returns home, as the run of in-state games begins with a showdown against UCA. That game will tip at 2 p.m. on Sunday, and will be available on SEC Network+, online at HitThatLine.com and on ESPN Arkansas radio.