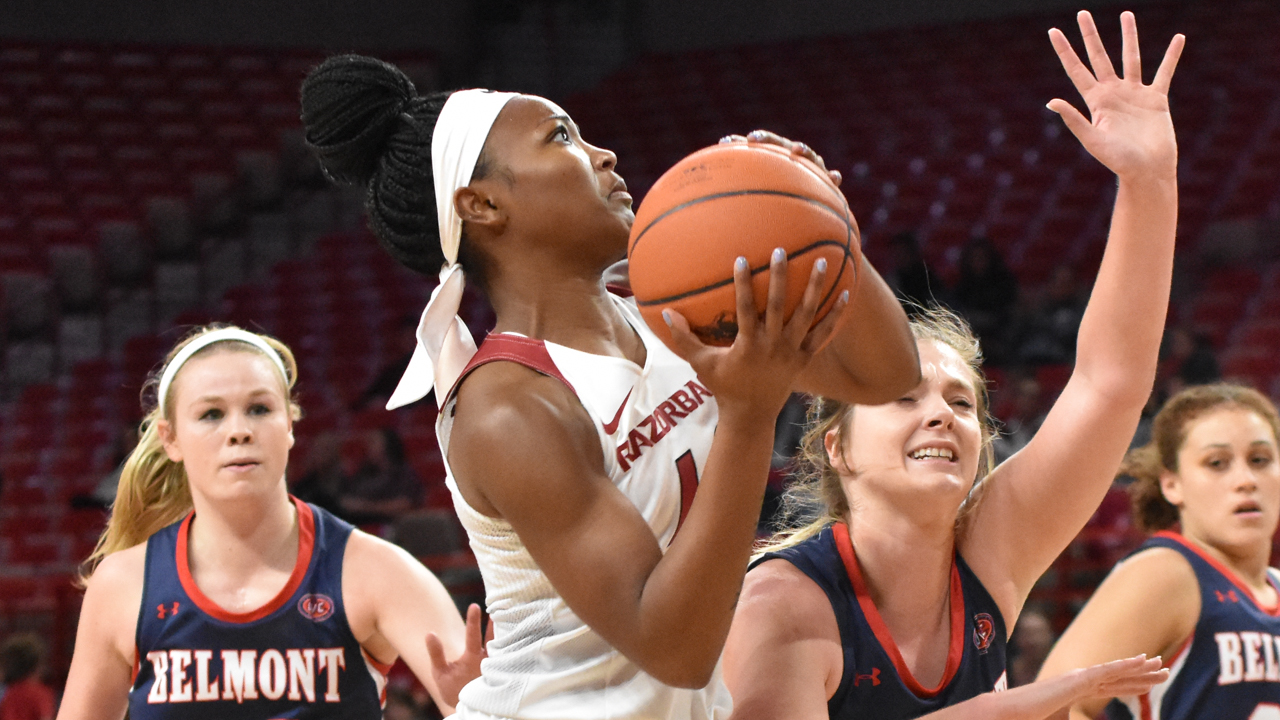 The Hogs beat an opponent by 30+ for the fourth straight game, moving their point differential on the season to 32.4.

The Hogs started fast once again, opening the game with a 13-4 run out of the gate.

The sledgehammer was dropped from the 3:56 mark of the first quarter to the 7:23 mark in the second, when the Hogs scored 18 unanswered to make it a 36-11 game early in the second frame.

• Tolefree’s 20 was a season-high for her, and was just two shy of her career-high. It was her third time dropping 20+ points.

• Daniels continues to score it well, as her 21-point game tonight was the second time in the last three games the freshman has cleared 20 points.

• Redshirt freshman Erynn Barnum led the Hogs in rebounding, pulling down eight boards. Barnum also had two rejections in the game to lead the squad.

The Razorbacks will head on the road for the first time this season, visiting Golden State to face the Cal Bears this Sunday. That game is set to tip at 4 p.m.