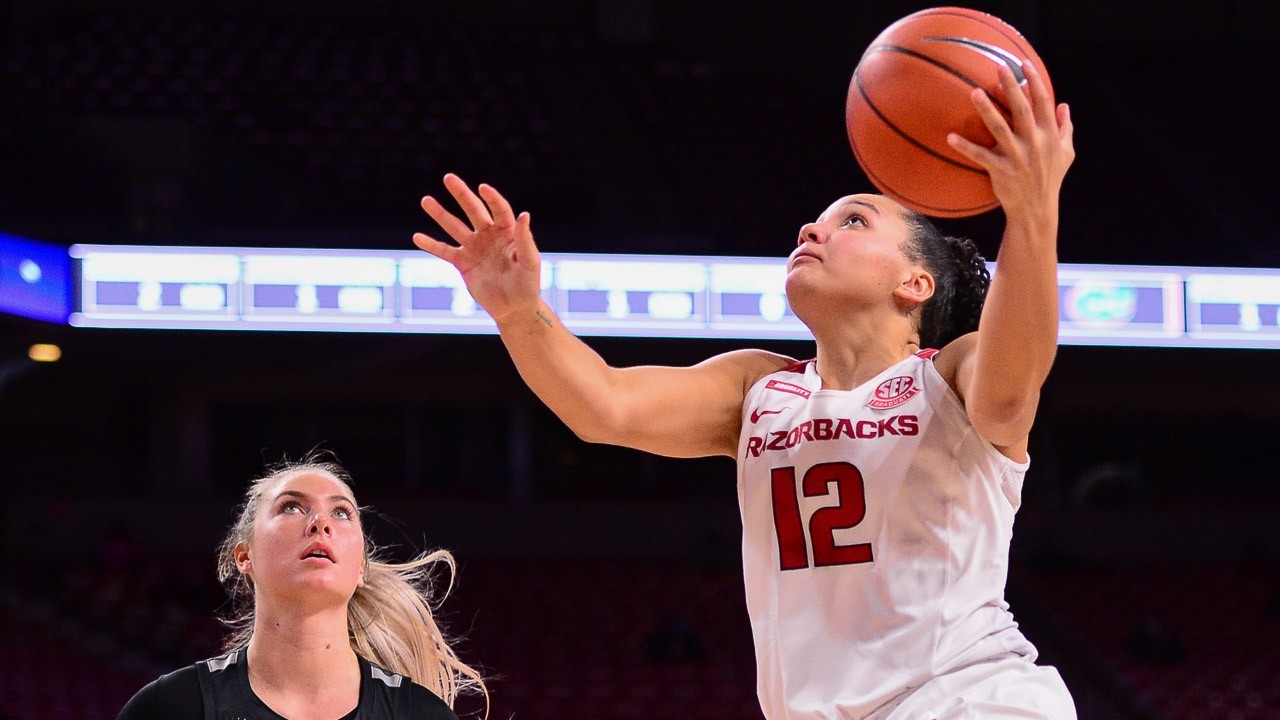 Four Arkansas players got into double figures scoring as Arkansas bounced back from two straight losses to finally subdue a pesky Florida team, 84-80.

Redshirt senior guard Chelsea Dungee took over in this one, lighting up the scoreboard to the tune of 33 points, a new season-high.

She did a ton of her damage at the free throw line, hitting all 17 of her free throw attempts, matching her career-high in freebies made (17-19, Auburn in 2019), which is a program record.

Arkansas held the lead for almost the entire game, maintaining the edge on the scoreboard for 37 minutes of the game’s 40 minutes.

While the Gators’ defense stepped up in the second half, the Razorbacks never allowed Florida to take the lead after the game’s opening minutes.

Arkansas exploded for 52 points in the first half, shooting 50 percent from three-point range and knocking down 16 of its 18 free throw attempts.

Dungee put up 20 points in the opening two frames, and Slocum added 13 on 6-8 shooting going into the intermission.

The second half was a different story, though, as both teams failed to continue their offensive performances in the final 20 minutes.

Both teams were bitten by the turnover bug in the fourth quarter, with the hometown Hogs committing five in the final minutes and the Gators losing seven possessions themselves.

Despite a monster game from Lavender Briggs, who dropped 41 points, Arkansas’s steady play at the charity stripe helped put the game on ice, as Dungee went a perfect 4-4 from the line and Taylah Thomas added a free throw late as well.

• Dungee scored 30+ for the tenth time in her career, and the second time this season.

• That is the most games ever of 30+ in program history.

• Dungee becomes the first Razorback to hit 17+ free throws in a game twice in a career.

• Daniels was supremely efficient in the game, hitting all five of her shot attempts. She was also a team-high +13.

Arkansas faces No. 5 South Carolina in Columbia on Monday. The matchup will air on ESPN2 and is will tip off at 6 p.m.