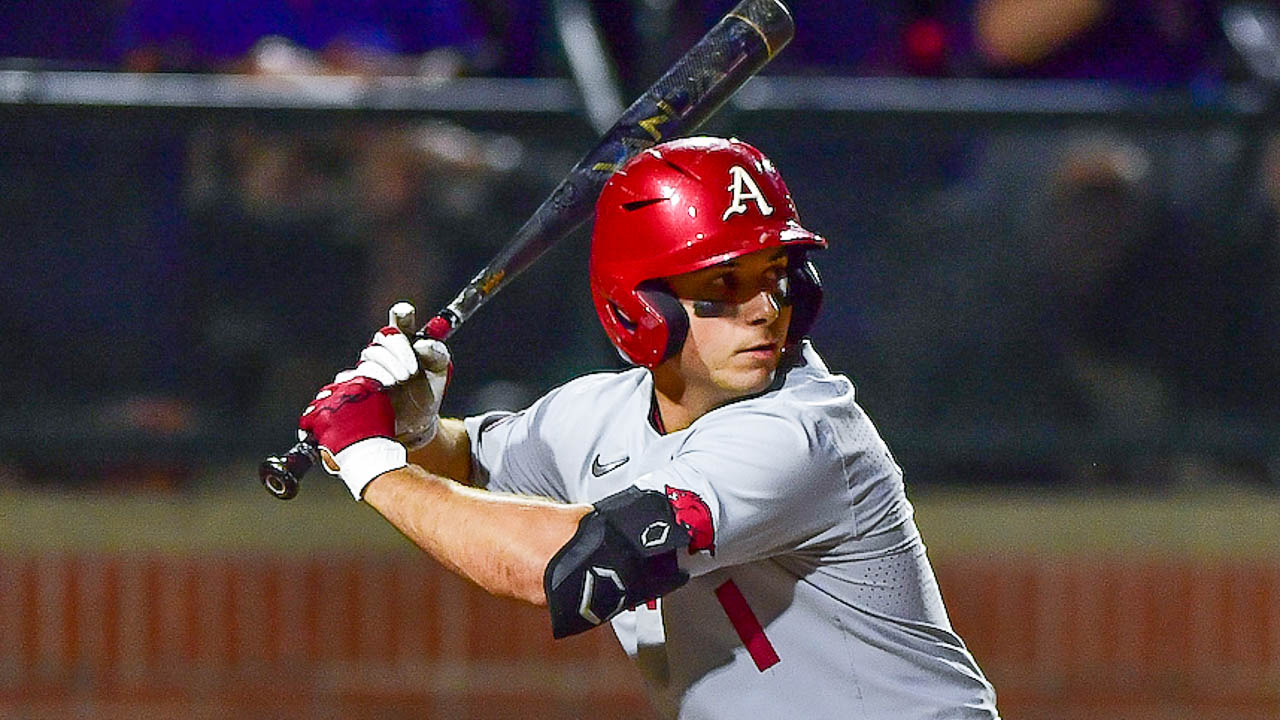 AUBURN, Ala. — When Arkansas suffered a rally-killing interference call in the fifth inning Friday night, they could have rolled over.

They emerged from the frame down 5-2, but they hung nine runs on the Auburn Tigers over the next three, eventually coming away with an 11-8 victory.

Senior right-handed pitcher Connor Noland tossed one of his shortest outings of the year, making it through just four innings.

A throwing error by senior shortstop Jalen Battles with two outs in the third cost him two unearned runs. Auburn began the fourth with a solo home run, and four more hits turned into two more runs to make it 5-0.

Battles walked to begin the Arkansas fifth, and he scored his team’s first run on a single by sophomore third baseman Cayden Wallace.

Graduate catcher Michael Turner recorded the third straight single to bring the tying run to the plate with nobody out, and then controversy ensued.

Junior second baseman Robert Moore hit a grounder to second, which was bobbled and did not result in an out at first, but Turner was ruled out on an interference call, despite not making contact with the fielder. Senior first baseman Brady Slavens was able to tack on another run with a sacrifice fly, but two was all the Hogs could muster from the inning.

Senior right-hander Kole Ramage relieved Noland in the fifth, and he allowed a two-out solo blast, which brought the score to 6-2.

Another leadoff walk proved costly for the Tigers in the sixth, as sophomore right fielder Jace Bohrofen went deep to right field to cut the Auburn lead in half.

The Hogs drew even closer in the seventh on an error by the pitcher, allowing Turner to score the fifth run. With two on and nobody out, freshman designated hitter Kendall Diggs swatted his second three-run homer in as many starts, giving Arkansas an 8-6 lead.

At one point the Razorbacks trailed by five, but in the eighth inning, they took a five-run lead of their own on Moore’s three-run bomb.

Senior lefty Evan Taylor earned his fourth win of the year after collecting seven outs. He surrendered a pair of doubles to the Tigers in the eighth, allowing them to get within three runs, but freshman righty Brady Tygart took care of the final five outs to seal the victory.

Arkansas and Auburn are set to square off again at 4:30 p.m. Saturday on the SEC Network.

Freshman left-hander Hagen Smith is expected to start for the Razorbacks, opposite Tiger righty Trace Bright.