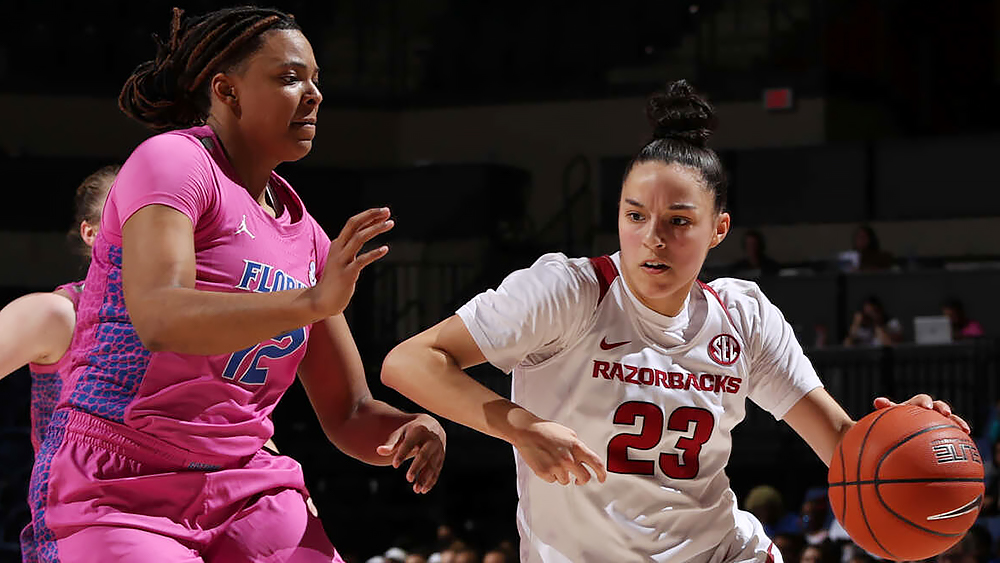 GAINESVILLE, Fla. — Arkansas had a three-game winning streak snapped on Sunday afternoon, falling to Florida, 83-80, as Chelsea Dungee’s tying attempt at the buzzer didn’t go in.

A’Tyanna Gaulden and Amber Ramirez each had 17 points to pace the Razorbacks and Dungee had 2 for the game.

Arkansas was nearly able to overcome what was once a 14-point deficit, shrinking the Gators’ lead to just one on a Ramirez three-pointer from the right corner.

A runner from Kiara Smith of the Gators stretched the lead back out to three.

After a stop, Dungee put up a three in transition that nearly went down. After a lengthy review, and a foul on the Hogs on the ensuing inbounds play, Dungee got a second look to tie it up after a steal, but it wouldn’t fall at the final buzzer.

• Gaulden’s 17 points set a new career high. She had an efficient afternoon, going 6-of-9 from the field.

• She also led the Hogs in assists with four.

• Dungee led the Hogs on the glass against the Gators, going for seven rebounds.

• Senior Kiara Williams was excellent off the pine, going for nine points and four rebounds, three of which came on the offensive glass.

The Razorbacks stay on the road for the second straight game, heading to Starkville to face Mississippi State.

That game will tip at 8 p.m. and air on the SEC Network.