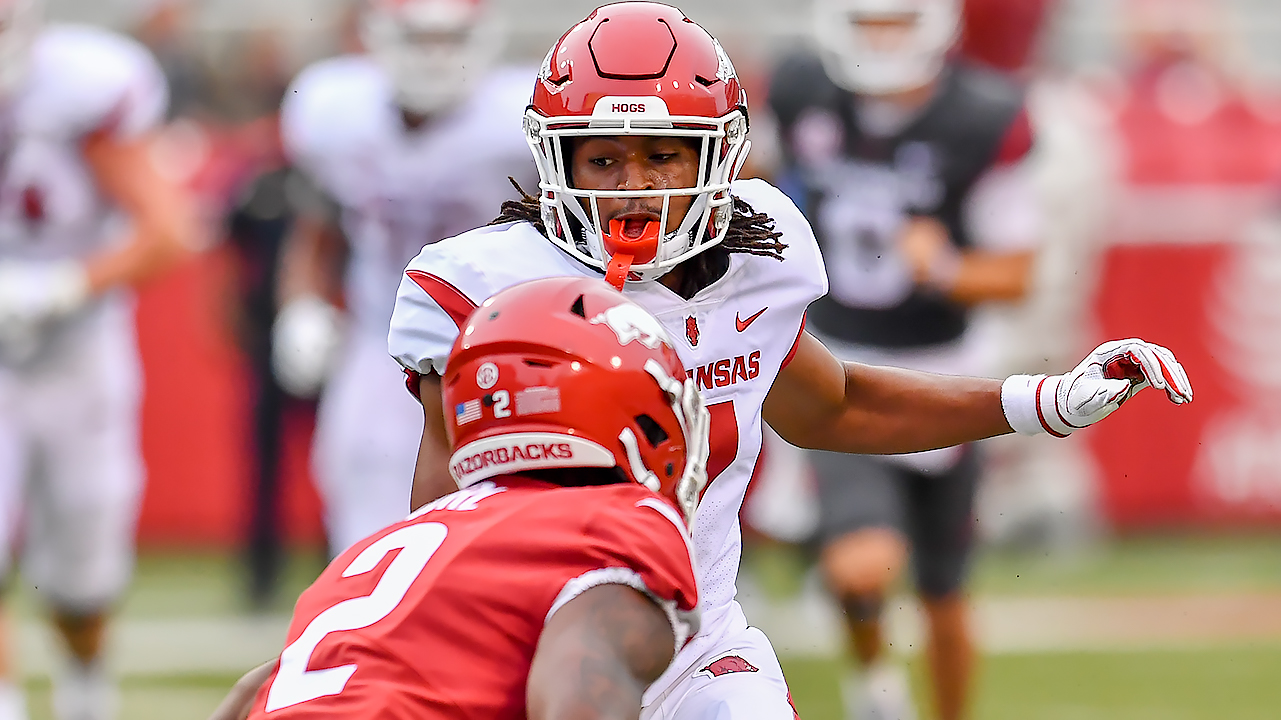 At the conclusion of a spring practice that can best be called a back-to-basics time, the offense found itself losing to the defense nearly every day due and didn’t look ready for the season Saturday.

“The goal of spring was not to be ready for fall,” was what Chad Morris said after the defense beat the offense, 39-33, in the annual Red-White game.

Some fans will struggle with that.

Look at the calendar, though. It’s almost five months until the Razorbacks open the season against Portland State. It’s about four months before they re-group for fall camp.

No team can keep an edge developed in March and the first week of April through to August.

“The goal of spring is to get this football team ready to go for summer,” Morris said.

That is the fourth quarter in Morris’ system. He outlined that before his first spring practice with the Hogs and he’s re-stated that position a couple of times, but folks tend to not pay attention.

Going 2-10 in his first season wasn’t what the fans wanted OR what Morris wanted. It’s what he got, though, and he’s dealing with the way things are with his often-repeated goal to get to the level of “best.”

Summer practices are led by the players, but Morris needed to instill what he wanted in those practices because he and his staff can’t attend those.

“Summer is to get them transitioned into that fourth quarter and into fall camp,” Morris said.

Bringing in Ben Hicks as a graduate transfer quarterback was part of the teaching equation. Hicks’ job has been to teach as much as take snaps from center Ty Clary. He’s admitted as much, but the players have bought into both Hicks and what’s he’s telling them.

Saturday’s game played out about like most of the practices this spring.

“Sometimes it’s just one of those days you can’t get anything going in the beginning,” Hicks told the media later.

Part of that is by this point everybody has seen everything on both sides of the ball.

Improvement on the defensive side is hopefully helping the offense, too.

“They have a lot of experience on that side and have a good coach,” he said. “It’s been huge for us to go against them every day. I think we’re better because of it.”

On a day, though, when the offense didn’t run up and down the field, freshman wide receiver Trey Knox showed why everybody has talked about him from the time of his recruitment.

His 45-yard touchdown catch with 1:21 to play in the first half got folks attention. He caught a well-thrown ball from Hicks over Jarques McClellion, then left Kamren Curl grabbing air.

“We’ve seen that,” Morris said. “That’s been consistent all spring and that’s probably what’s been impressive about Trey.”

It even got the defense’s attention.

“He’s going to be great for the present and the future,” defensive tackle Sosa Agim said later about Knox. “I think he’s a three-year type of guy. He’s a great talent and all I can tell Razorback fans is enjoy him while he’s here.”

The best part for Hog fans is he’s just the one who made the biggest play Saturday. Koilan Jackson may be a name people have forgotten about, but he’s starting to show the development of the coaching he’s been getting, which has come directly from Morris.

Shamar Nash has shown some positives and everybody knows what Cheyenne O’Grady can do, even though he didn’t play Saturday.

And more are coming.

All anybody had to do was look on the sidelines at a couple of points during the Red-White game.

Warren’s Treylon Burks and Pulaski Academy’s Hudson Henry were standing together, chatting about something.

Burks will be on campus at the end of May. Henry somewhere around then, too, along with the rest of some talented skill players in the 2019 class (which Morris said Saturday he still has two scholarships open).

When those guys arrive, the pace of summer practices will pick up. Hicks, who is the likely leader on the offensive side of those workouts, will have some young, talented players to be teaching.

All of that is why Morris has wanted to get the basics in during the spring.

He’s hoping it pays off in the fall.