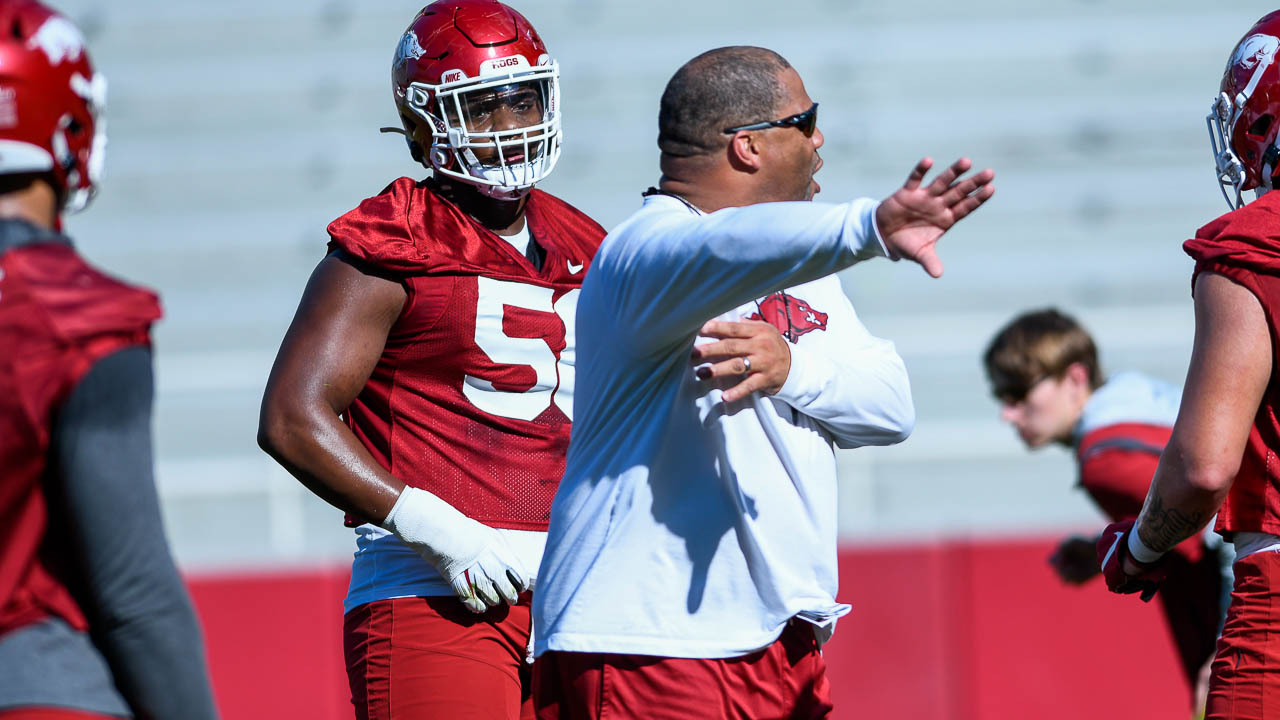 FAYETTEVILLE, Ark. — It’s summer and commitments are starting to roll in for Arkansas football.

Sunday, the Razorbacks picked up a pair of defensive commitments within hours of each other.

First, linebacker Alex Sanford from Oxford, Miss., committed to the Hogs after a weekend official visit.

Sanford felt like it was a family atmosphere during his visit on a prospect day earlier in the year and again on his official visit.

He also liked the defensive scheme Sanford feels let’s linebackers have the freedom to make plays.

Sanford picked the Hogs offers from Tennessee, Ole Miss, Jackson State and others.

This time defensive tackle Stephen Johnson moved his commitment up from a previously-announced July 4 date.

The Hogs are carrying some commitment momentum into the dead period with the seventh-ranked consensus on the 247Sports composite rankings, second in the SEC with 17 players pledged.

Johnson (6-4, 310) is from Fayetteville Whitewater in Georgia. He is the fifth player from that state to commit to the Hogs.