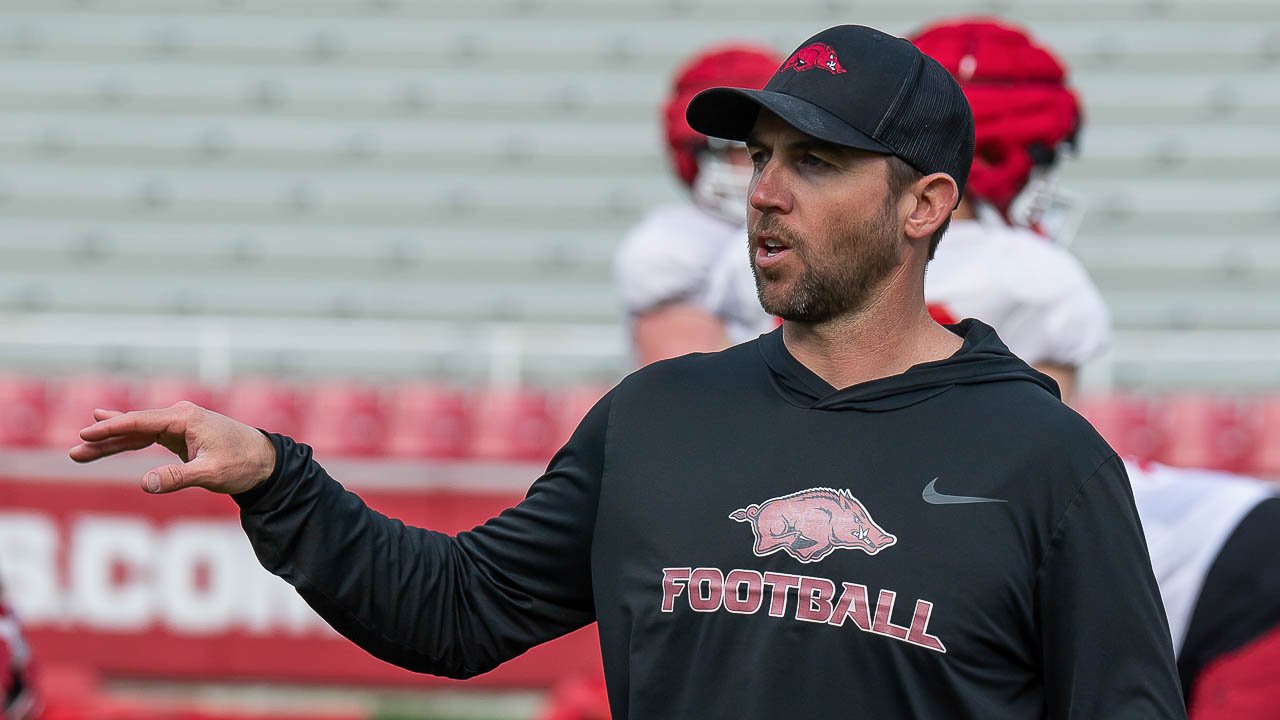 Malachi Singleton (6-1, 225) from North Cobb in Kennesaw, Georgia, announced his pledge to the Razorbacks on Monday afternoon on CBSSports.com.

Singleton’s commitment gives the Razorbacks the No. 5 recruiting class in the 2023 cycle 🔥@M_3Singleton | @DannyWest247 pic.twitter.com/R5MP9EK5Vg

He visited the Razorbacks on Friday and Saturday with his mother and father. He also visited in March and for the Mississippi State game on Nov. 6.

ESPN rates him a 4-star prospect and the No. 7 dual-threat quarterback in the nation in the 2023 class. He is a composite three-star in the 247Sports.com averaged rankings and No. 24 signal-caller in the country.

“The relationship I built with the coaches really helped with this decision,” Singleton said making the announcement. “The offense coach Briles runs I think fits my play style perfectly, and they showed they wanted me from the beginning.”

HawgSports.com reported Monday that Singleton and both of his parents are expected to arrive in Fayetteville on Friday for what will be the quarterback’s third unofficial visit.

Singleton’s first visit was in early November for the Hogs’ win over Mississippi State and his second was last month at one of the Razorbacks’ prospect days.