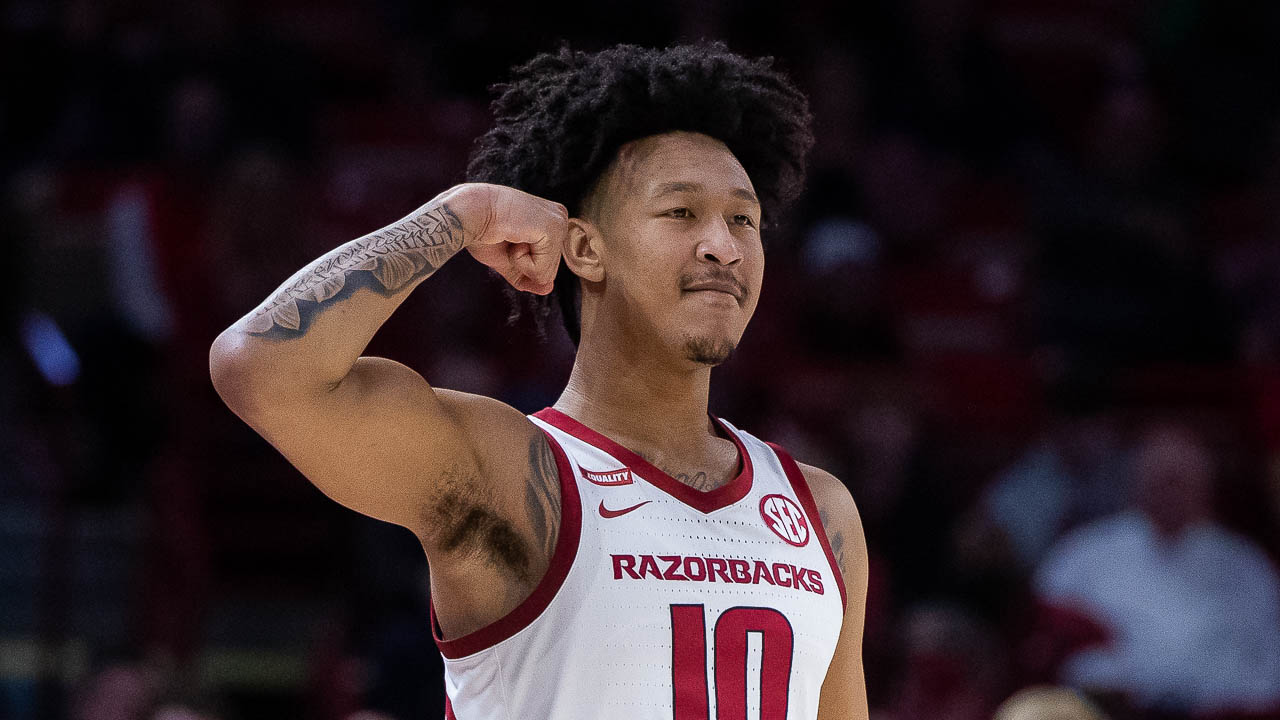 Arkansas used a 19-0 run early for a 26-3 lead, held Missouri to just 15 first-half points and cruised to an 87-43 victory Wednesday night at Bud Walton Arena.

Arkansas also had standout performances from Jaylin Williams and Davonte Davis. Williams recorded his second straight double-double (and his second career double-double) with 13 points and 10 rebounds, while posting his third-straight game with double-digit rebounds.

In addition to the strong offensive effort, the Razorback defense was even better.

• Arkansas held Missouri to 43 points, tying for the lowest by an opponent in the Eric Musselman era at Arkansas.

• The 43 total points ties for the fewest by an opponent in the Muss era (Rice and North Texas were held to 43 points as well.

• The 43 points is the fourth-lowest by an SEC opponent in school history.

• Arkansas forced 23 turnovers, the sixth-most by an opponent in the Muss era.

Arkansas returns to the road to face No. 12 LSU on Saturday. Tip-off is set for 1 p.m. and the game will be televised on ESPN2.

• Arkansas raced out to a 7-0 lead to force a Mizzou timeout.

• The 49 points were the most points in the first half by Arkansas since scoring 61 in the 2020-21 season opener versus Mississippi Valley State (led 61-30 at the break).

• JD Notae led Arkansas with 14 points and Trey Wade added 12. Davonte Davis (off the bench) and Jaylin Williams each had five boards to lead Arkansas.

• Arkansas shot 51.5% from the field while holding Missouri to 12% shooting.

• Jaylin Williams scored the game’s first points, a jumper at 19:43.

• Stanley Umude and Chris Lykes were the first Razorback subs.

• Kamani Johnson missed the second half with an ankle injury.

• The last time Arkansas doubled-up its conference opponent in a regular-season game was defeating Rice (68-25) when the schools were in the Southwest Conference on Feb. 5, 1946.

• Arkansas only committed eight turnovers and snapped a seven-game streak of committing at least 13 turnovers. It was the fourth single-digit game with single-digits turnovers by Arkansas this season.

• Arkansas had 13 steals. It was the fourth game this season with double-digit steals.