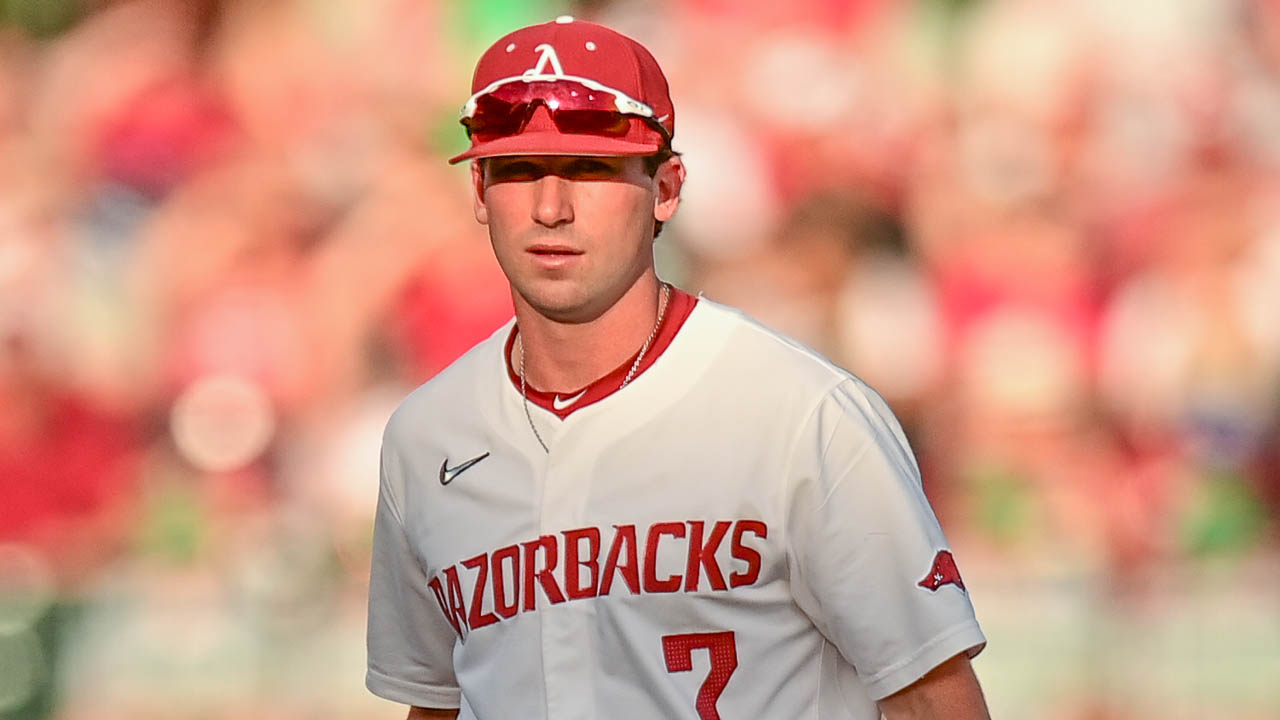 FAYETTEVILLE, Ark. — It took more than 17 hours because of a weather delay, but the Razorbacks finished off the Vanderbilt Commodores 11-6 Sunday afternoon at Baum-Walker Stadium.

Sophomore third baseman Cayden Wallace began his big game Saturday night with a solo home run to lead off the Arkansas half of the first inning, but the Razorbacks had to dig themselves out of a big hole again. The Commodores tagged freshman left-handed pitcher Hagen Smith for five earned runs in the third inning, chasing him after two outs. In 2 2/3 innings, he allowed four hits, walked four batters and struck out three.

Vanderbilt first baseman Dominic Keegan tied the game with a sacrifice fly, left fielder Javier Vaz gave the Commodores the lead with an RBI double and designated hitter T.J. McKenzie made it 3-1 with an RBI single.

Junior left-hander Zack Morris took the mound and surrendered a two-run double to second baseman Tate Kolwyck, closing the book on Smith. Morris took care of the next eight Commodores in order, giving the Hogs a chance to rally.

Arkansas cut it to 5-2 in the bottom of the third, making Vanderbilt righty Chris McElvain pay for a leadoff walk. Graduate catcher Michael Turner hit a two-out single to right, and the ball got behind Spencer Jones, allowing senior shortstop Jalen Battles to score.

Three more walks haunted McElvain in the fourth, as junior left fielder Zack Gregory drove in one on a sac fly, and Wallace put the Hogs on top with a three-run homer the other way.

Sophomore right fielder Jace Bohrofen extended the lead to 8-5 with a two-out, two-run double in the fifth. Kolwyck got one of those runs back for the Commodores with a solo homer in the sixth. That was the lone blemish on Morris’ three-inning relief appearance.

After resuming play Sunday morning, the Hogs made it 9-6 when Gregory scampered home on a wild pitch in the bottom of the sixth. Battles hit a two-run blast in the seventh to stretch the lead to five runs.

Sophomore right-hander Will McEntire earned a three-inning save, retiring nine of the 11 hitters he faced to seal the victory.

The series rubber match, which will be seven innings, is set to begin at 12:45 p.m. Sunday. Sophomore righty Jaxon Wiggins is expected to start for Arkansas, and the contest will stream live on the SEC Network+.