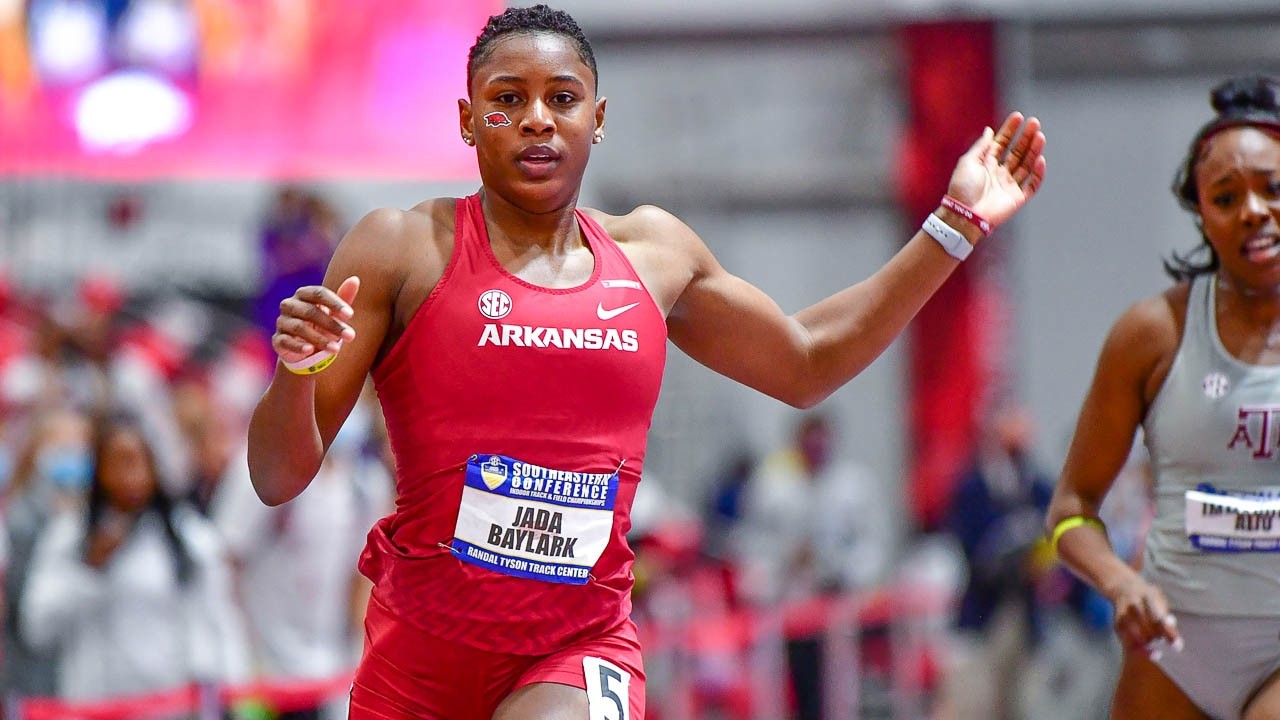 Arkansas scored 25 points on the second day of the SEC Indoor Championships, while advancing 18 entrants to Saturday finals at Randal Tyson Track Center.

“That’s beyond any expectations, to say the least,” said Harter. “The SEC is so loaded and talented, and to be able to step up in very challenging prelims and have 18 of 19 entrants advance that is beyond any person’s wildest dreams.

“We had some kids run some lifetime bests, and definitely season best marks. So, the number of scoring opportunities we have tomorrow are better than anyone else here. The kids did a great job today to take care of tomorrow.”

Eleven points were scored by Arkansas in the 5,000m as well as the pole vault while three more were added in the long jump.

“The 5k was one of the best races I’ve seen in the 5,000 in a long time, tactically and talent-wise,” noted Harter. “There were four proven All-Americans sizing each other up. They made Abby Gray do most of the early journey-man’s work. When they put the hammer down Katie ended up finishing second by an eyelash.”

“Eleven points in the pole vault came from three scorers and that is right on cue,” said Harter.

After claiming a pentathlon bronze yesterday, G’Auna Edwards returned to place sixth in the long jump with a mark of 20-9¾ (6.34).

The Razorbacks produced a plethora of career best times in advancing to the final across a range of events.

Saturday’s session for the women begins at 4:30 p.m. with field events while running finals start at 6 p.m.