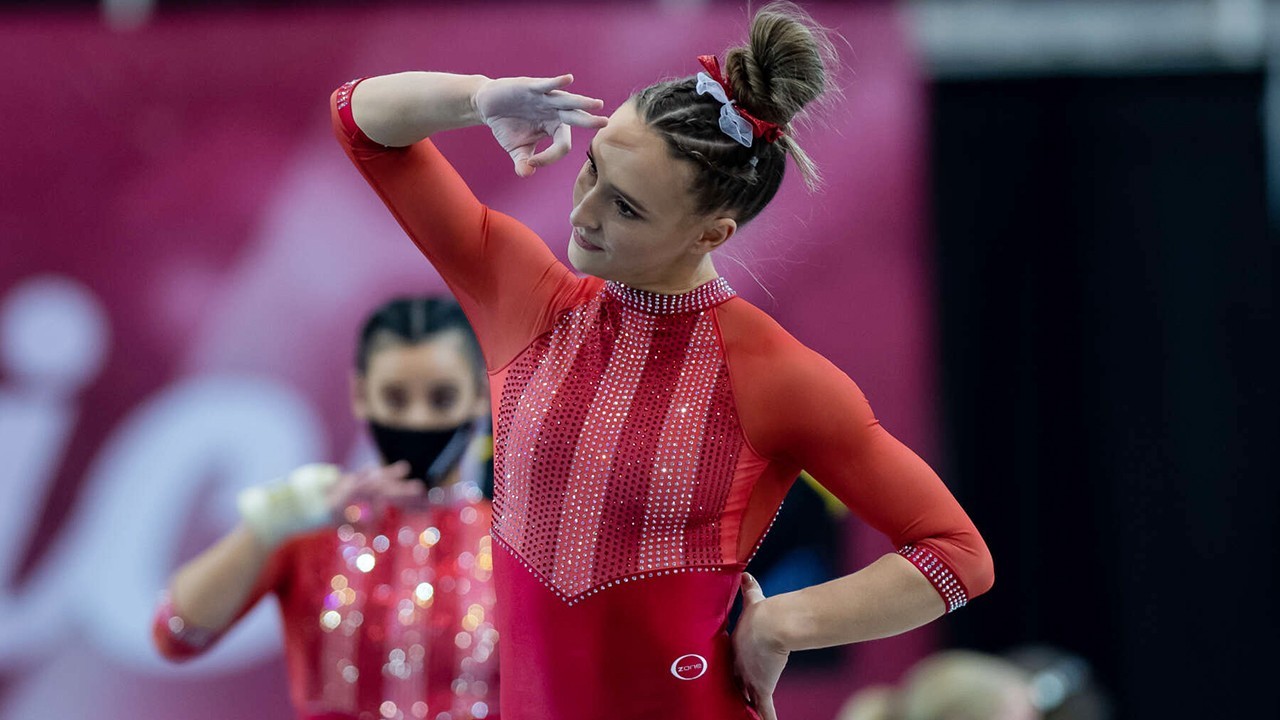 Kennedy Hambrick, a junior from Pearland, Texas, was named SEC Co-Gymnast of the Week on Tuesday, as announced by the league office.

She also claimed her fourth vault title (9.950) and fourth all-around title in the performance.

Hambrick’s success helped lead Arkansas to its first 197+ on the road since 2012 and the first win at Auburn since 2017.

The win also helped Arkansas secure a spot in the evening session of the SEC Championships for the first time in program history.

Arkansas recorded a season-best 49.425 on the bars to start the meet, highlight by Hambrick’s season-best 9.925. The event total is the sixth-best in program history and highest ever on the road.

Moved to the anchor spot on floor, Hambrick’s huge double-tuck first pass scored a 9.925 to close out the floor party on a high note.

The Gymbacks made sure to go out with a bang, as Hambrick signed off on the historical night with a stuck cartwheel-gainer stuck dismount and 9.900 from the judges.