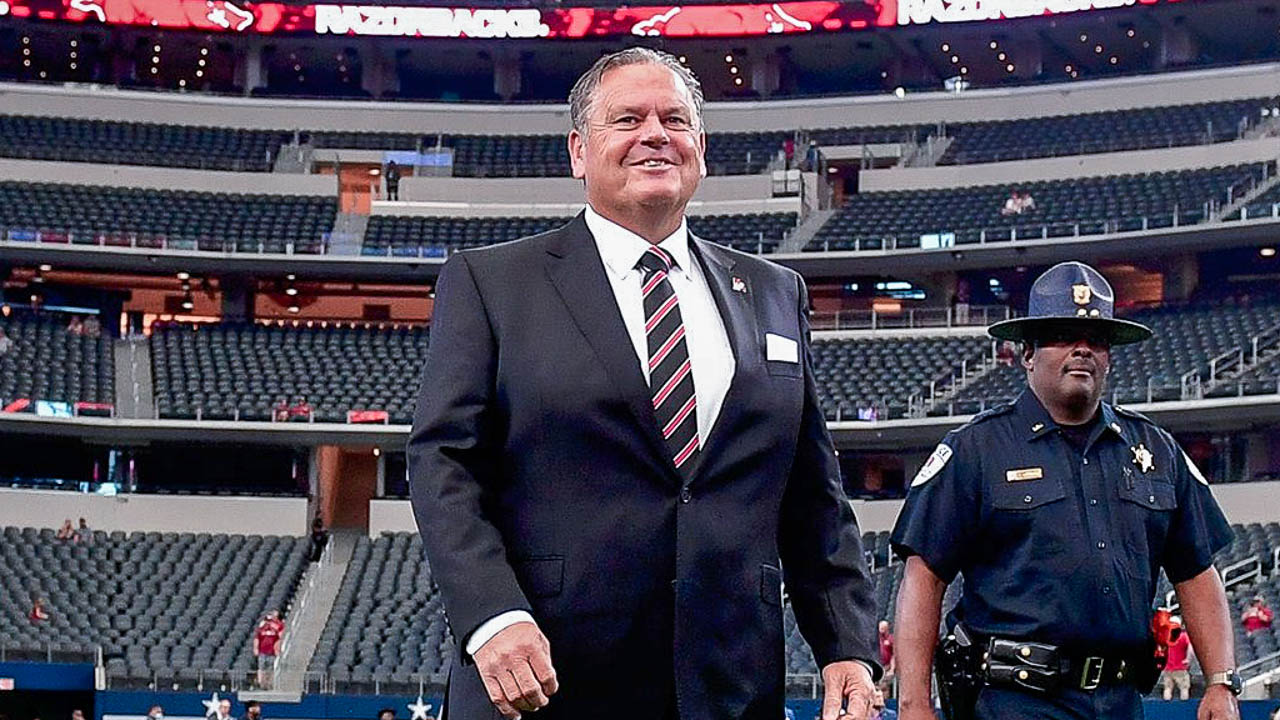 No. 16 Arkansas faces No. 7 Texas A&M in the 78th edition of the Southwest Classic at AT&T Stadium in Arlington, Texas, on Saturday.

Both teams are ranked for the first time since 2016, and both teams need a statement win.

Arkansas needs to beat the Aggies to prove they can play with the elites of the conference, and Texas A&M needs a win to show they are for real in 2021.

The game is the first real test for the Aggies after wins over Kent State, Colorado, and New Mexico, but there’s not time to look ahead at Week 6 and the Alabama Crimson Tide, because Arkansas and its defense have to be solved first.

Follow along with allHOGS.com and our live game log below starting at 2:30 p.m.  when the action begins:

LATE START: The kickoff has been delayed so CBS could get to the end of Boise State’s 27-3 win over Utah State. No, seriously.

Aggies win the toss and defer to the second half.

1Q 8:20: Arkansas’ offense comes out running on first possession after a defensive stop of A&M, going 57 yards in eight plays. Cam Little comes on to kick a 46-yarder. Hogs 3, Aggies 0

END SECOND QUARTER: Warren Thompson on a double pass hits Burks down the left sideline for a 27-yard kick as the quarter ends and the Hogs will start the second period with all the momentum.

2Q 13:37: Jefferson finds AJ Green in the left flat and he takes advantage of A&M’s lack of interest in tackling and scampers 48 yards for a score and it’s getting to be a big lead. Hogs 17, Aggies 0

2Q :21: Aggies finally get on board just before halftime on a 49-yard field goal by Seth Small after the Hogs couldn’t convert a fourth-down play. Hogs 17, Aggies 3

RELATED:   Bud Light Seltzer Morning Rush Podcast: Where has KJ improved the most?

3Q 7:51: Texas A&M finally gets on the board when running back Isaiah Spiller breaks free up the middle for a 75-yard scoring run where he simply got to the second level and took off. Nobody could catch him. Hogs 17, Aggies 10

4Q 8:39: After a drive that got to the 1 before a penalty and Treylon Burks taken off the field with an apparent injury, the Hogs settle for a 24-yard field goal from Cam Little and it’s another close one at AT&T Stadium. Hogs 20, Aggies 10