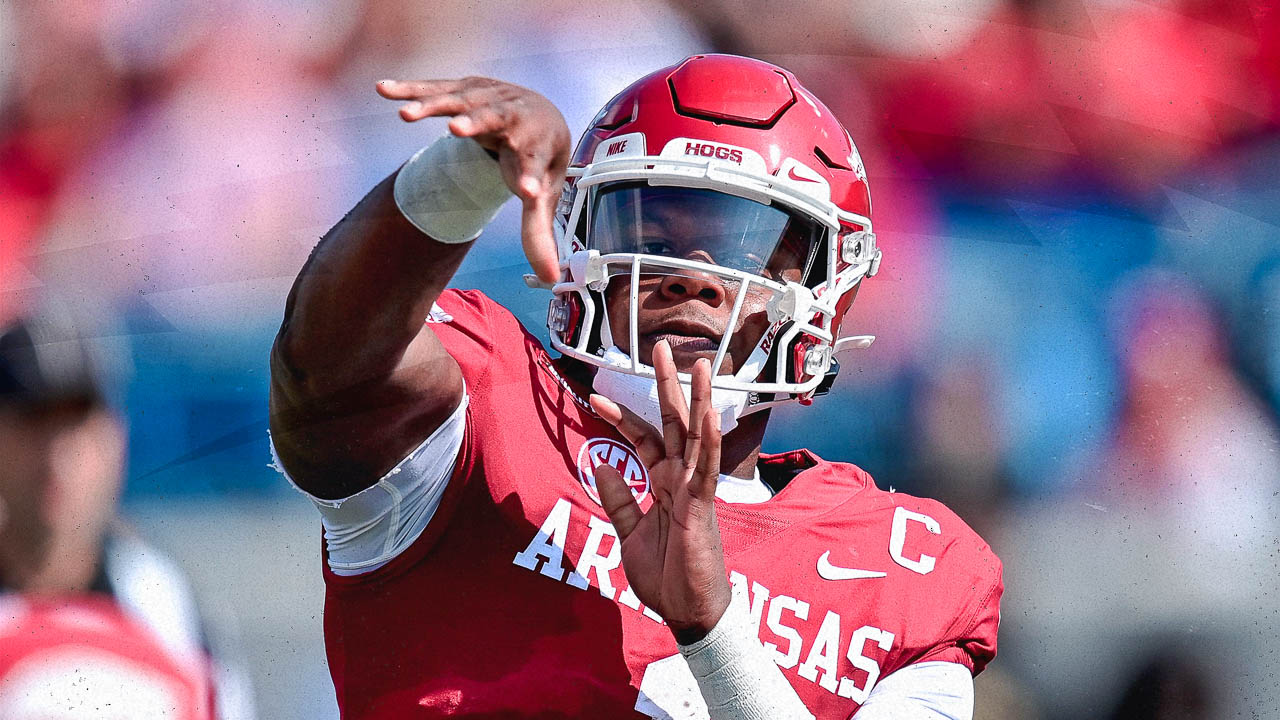 LITTLE ROCK — Arkansas didn’t play many starting players in the second half, but they didn’t need to in a 45-3 win over Arkansas-Pine Bluff at War Memorial Stadium on Saturday.

Starting quarterback KJ Jefferson was an efficient 10-of-17 for 194 yards and four touchdowns, three of them to wide receiver Treylon Burks.

2Q 1:00: KJ Jefferson throws a third touchdown pass to Treylon Burks, this time for 39 yards and you will probably not see the starters in the second half. Hogs 45, UAPB 0

2Q 6:50: Nathan Parodi grabbed a 47-yard punt from UAPB, started left, broke it across the field and ran for an 80-yard touchdown, the first punt return brought back to the house for the Hogs since Joe Adams in 2011. Hogs 31, UAPB 0

2Q 8:51: After a Myles Slusher interception in the end zone to stop a UAPB threat, the Hogs go 95 yards in seven plays behind the running of Dominique Johnson and KJ Jefferson hits Treylon Burks on an 18-yard slant and he dives into the end zone. Hogs 24, UAPB 0

Hogs hold 17-0 lead as first quarter comes to an end with UAPB driving the ball on offense.

Q1 1:12: Arkansas’ offense drives down field, but stalls inside Golden Lions’ 20 with KJ Jefferson not able to connect on slants near the goal line. Cam Little nails a 31-yarder and the lead is larger. Hogs 17, UAPB 0

UAPB gets a golden chance for points after connecting on a big pass when Hogs safety Myles Slusher can’t defend a one-on-one but Zack Piwniczka’s 37-yard attempt sails wide right and the Hogs get the ball back.

Q1 12:16: The Razorbacks stop UAPB on three straight plays, then Treylon Burks takes a simple handoff around the right side for an easy 49-yard scoring play. It’s not his first score at War Memorial Stadium but his first as a Razorback. Hogs 14, UAPB 0

You guessed it. Burks in the endzone. pic.twitter.com/RgKgG8fhTb

Q1 13:38: Arkansas doesn’t waste much time, driving 65 yards in just five plays and KJ Jefferson throws to a wide open tight end Blake Kerns over the middle for an 18-yard score. UAPB safeties were nowhere to be seen. Hogs 7, UAPB 0

The opening kickoff won’t be returned as UAPB kicked it out of bounds so it’s Arkansas starting at its own 35-yard-line.

Arkansas started playing games in Little Rock in the 1940’s but the first really big matchup came in 1954 when Bowden Wyatt’s best team played No. 1 Ole Miss at the first overflowing crowd.

The Razorbacks won, 6-0, on the legendary “Powder River Play” where backup single wing tailback Buddy Bob Benson found Preston Carpenter wide open for a touchdown and that was the only scoring.

The Rebels were stopped on a couple of goal-line stands by the Hogs and interest in football at the UA was born.

Today’s game against Arkansas-Pine Bluff won’t be in that category. The Golden Lions have struggled this season and haven’t won a game in the SWAC.

Keep it here for live in-game updates as the game is played.