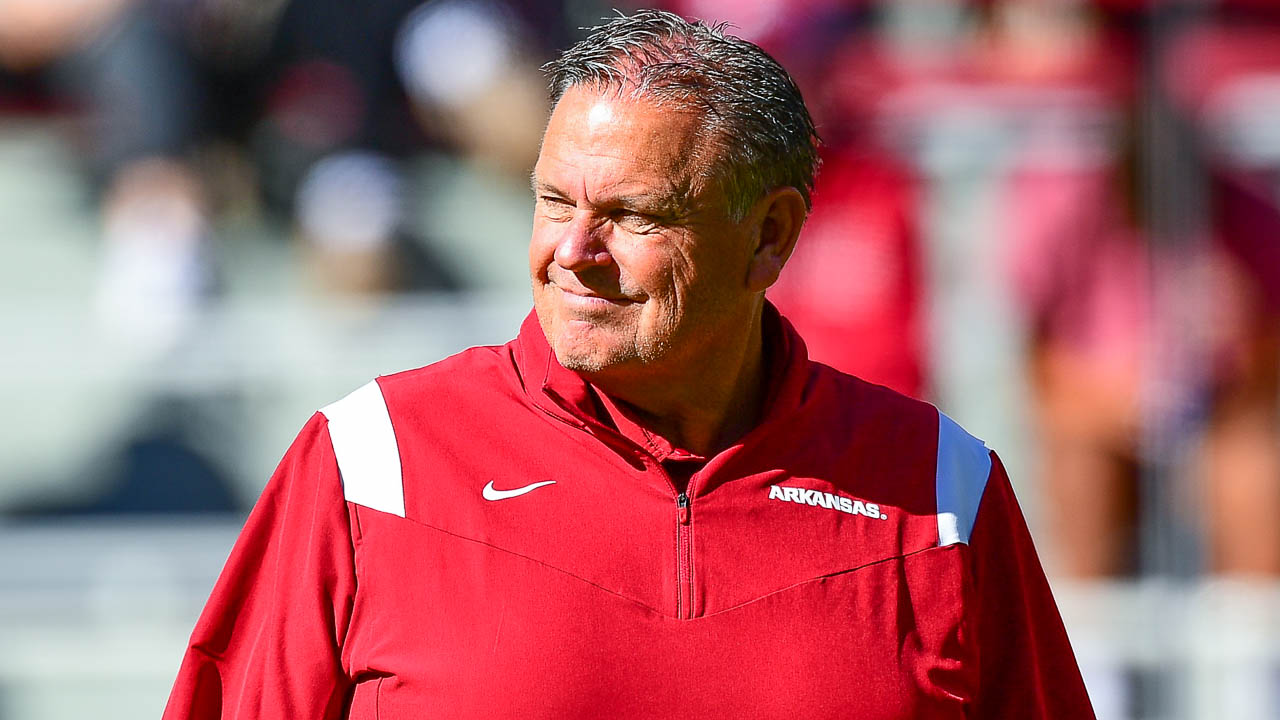 Arkansas couldn’t get a handle on Bo Nix all day and KJ Jefferson couldn’t find the magic from a week ago as the Tigers won going away, 38-23.

1Q 12:16: Auburn won the opening toss and has elected to receive on a cool, bright, sunny day at Razorback Stadium. Arkansas star safety Jalen Catalon was not in the starting lineup on the first defensive drive for Arkansas. It showed as Auburn went 75 yards for an opening-drive score on a 39-yard scoring strike from Bo Nix to Ja’Varrius Johnson and an early lead. Auburn 7, Hogs 0

1Q 7:37: Hogs have an answer but Treylon Burks’ big play backed up because he stepped out of bounds and then the offensive bogged down and Cam Little kicked a 44-yard field goal. Hogs 3, Auburn 7

Arkansas starting to put together drive at the end of the first quarter following a bad Tigers’ punt near midfield. The Hogs running the ball straight ahead on Auburn.

2Q 9:59: Tank Bigsby plows up the middle as Arkansas’ high-powered offense is misfiring all over the place. The Tigers drive 65 yards in nine plays using 4:18. Hogs 3, Auburn 14

2Q :18: Hogs put together best drive of first half mixing runs and KJ Jefferson hitting key passes before he finally double-clutched a jump pass (you have to watch a replay) and hit Treylon Burks in the end zone for an 11-yard score. Hogs 10, Auburn 14

3Q 12:30: Arkansas takes the second-half kickoff and goes 75 yards in six plays with Jefferson throwing to Burks for the final 30 on a deep slant. The Hogs have their first lead of the game. Hogs 17, Auburn 14

3Q 7:19: Auburn grabs lead back playing field position, backing Hogs inside 10, then when Jefferson fumbled when tackled in the end zone by Derick Hall and Marcus Harris recovered for a touchdown. Auburn 21, Hogs 17

3Q 4:16: After Arkansas is stopped cold on a fourth-down conversion, Bo Nix hits Demetris Robertson who simply took off down the field for a 71-yard score. Auburn 28, Hogs 17

3Q End: Dominique Johnson runs up the middle for a 10-yard score to cap a quick (13-play, 75 yards) answer to the Tigers’ score, then a 2-point conversion pass to Burks was broken up by Auburn on a play that was close to pass interference. Auburn 28, Hogs 23

4Q 10:35: Taking advantage of a questionable pass interference call against the Hogs, Auburn goes 63 yards in 9 plays before a 29-yard field goal by Anders Carlson. Grant Morgan got Tigers quarterback Bo Nix on a scramble to save a touchdown, setting up a field goal. Auburn 31, Hogs 23