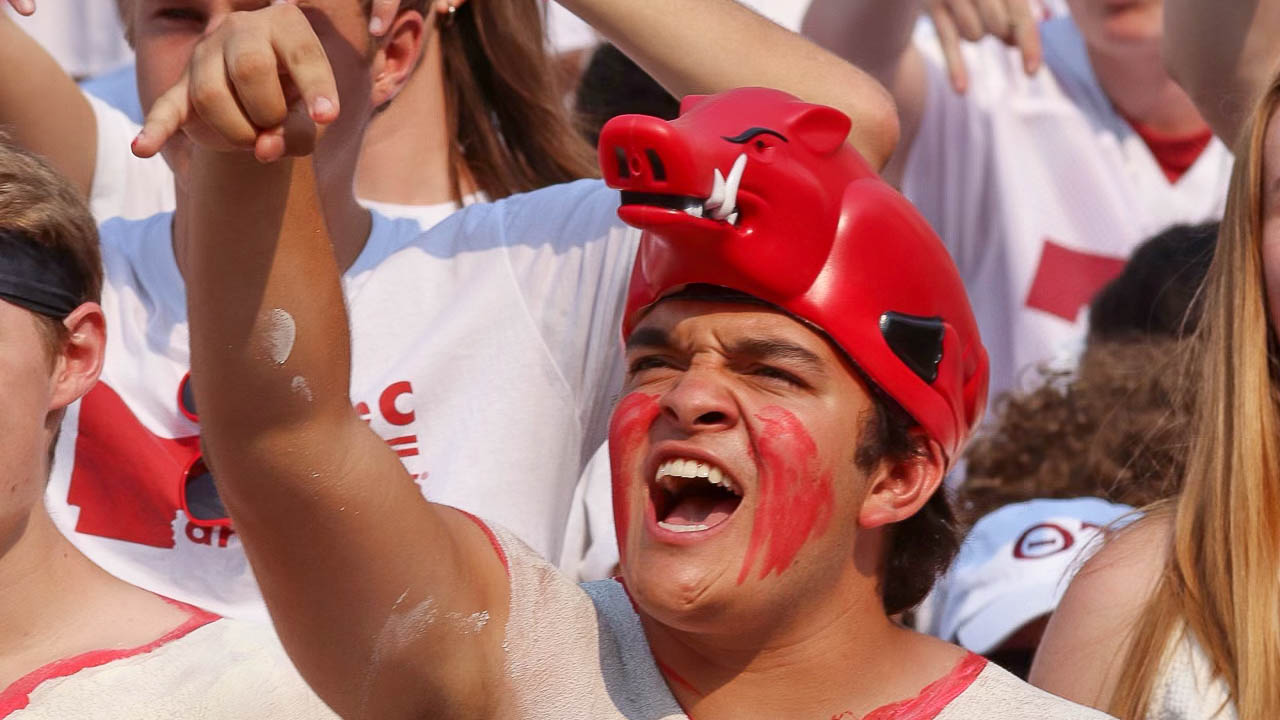 The 77th meeting between Arkansas and Texas A&M is on the big stage for the first time in awhile.

It was announced Monday morning the game will be at 2:30 p.m. at AT&T Stadium in Arlington and will be broadcast nationally on CBS.

The Hogs and Aggies have played every year since 2009, with it being a conference game since Texas A&M joined the SEC in 2012.

The move to a national broadcast became realistic Saturday night when the Aggies managed to pull out a narrow road win late against Colorado while the Hogs throttled Texas.

A&M was ranked No. 7 in the national polls Sunday while Arkansas made its first appearance this year at No. 20.

Arkansas won each of the first three games against Texas A&M at this location in 2009-2011, but the Aggies have taken the last five starting in 2014.

A&M won in College Station in 2012 and the next year in Fayetteville.

To summarize all of that, the Hogs haven’t beaten the Aggies since they joined the SEC with the 2012 season, although they have been close, losing several times in overtime.