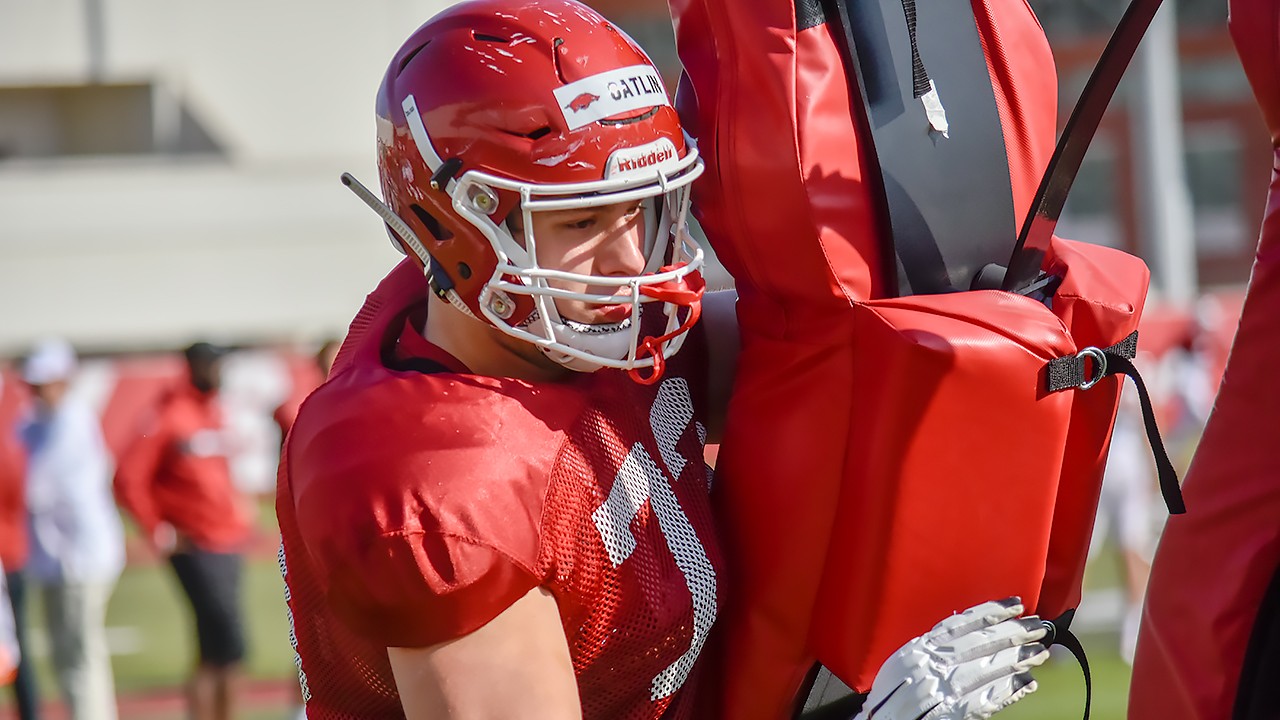 Noah Gatlin has made the decision to not continue his football path after dealing with multiple injuries over his first couple of seasons with Arkansas.

The news was first reported by Tom Murphy of the Arkansas Democrat-Gazette.

Gatlin is the only offensive lineman in Arkansas’ two-deep depth chart during the 2020 season that will not return in 2021.

In addition to Dalton Wagner at right tackle and Clary at right guard, the Razorbacks will also have left tackle Myron Cunningham, left guard Brady Latham, center Ricky Stromberg and all of their backups.

Gatlin also missed most of this year’s Auburn game because of a lower left leg injury suffered on the first play, then didn’t play well, suffered a concussion and Wagner took over at right tackle.

He missed the entire 2019 season because of a torn ACL suffered on the first day of fall camp.

Gatlin showed promise as a freshman during the 2018 season, playing in four games and starting two early in the season. He was expected to compete for a starting spot at tackle in 2019 before suffering the season-ending knee injury on the very first day of fall camp.