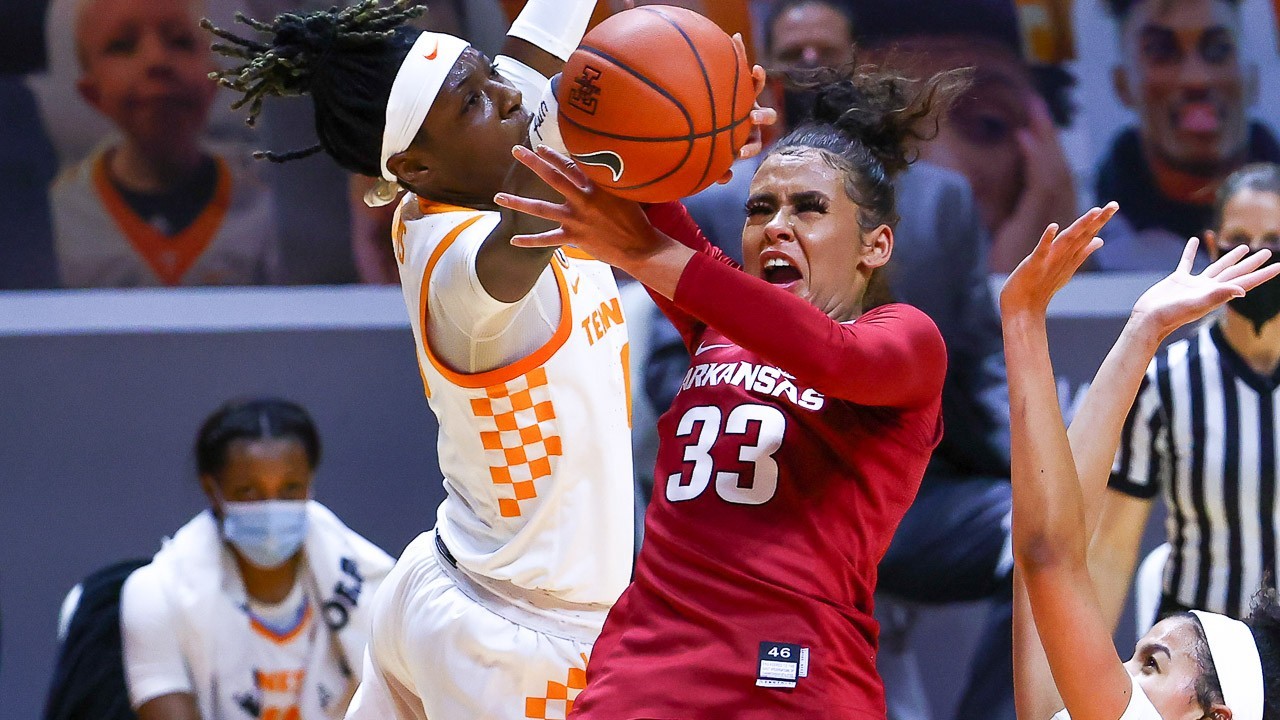 The Hogs grabbed an early lead, but with 5:13 to go in the second quarter Tennessee grabbed a one-point advantage, one the Lady Vols would never surrender.

Dungee led the Hogs on the score sheet, going for 30, marking her ninth career game going for 30 or more points.

Destiny Slocum and Amber Ramirez also reached double figures, as both shot 50% from the field en route to 17 and 15 point games, respectively.

The game started off tight, both teams exchanging the lead in the first and second quarters.

But Tennessee went on a 10-0 run in the final minutes of the first half that extended its lead to seven heading into the locker room.

Arkansas was unable to recover from the end of the second quarter on, and although the game remained close through the third quarter, Tennessee’s three-point defense kept the Hogs at an arm’s length.

The Lady Volunteers were helped by big performances from senior Rennia Davis and junior Rae Burrell, who both notched 26 points in the win.

• Dungee’s scored 30 points and pulled down seven rebounds, both season-highs.

• It was Dungee’s 16th straight game scoring in double-figures.

• Dungee also nabbed five steals in the game, a new season-high. It was the second five-steal performance from a Hog this season.

• Slocum helped keep the Hogs afloat after the halftime intermission, scoring 14 of her 17 points in the second half.

• The Razorbacks shot 83% from the charity stripe, knocking down 20 of their 24 free throw attempts.

• It was the Hogs’ eighth game this season making 20+ free throws.

• Tennessee was held to just 29% from 3-point range, making only five of its 17 attempts from behind the arc.

The Hogs return home to play No. 8 Texas A&M on Sunday at 3 p.m. You can watch the game on the SEC Network.