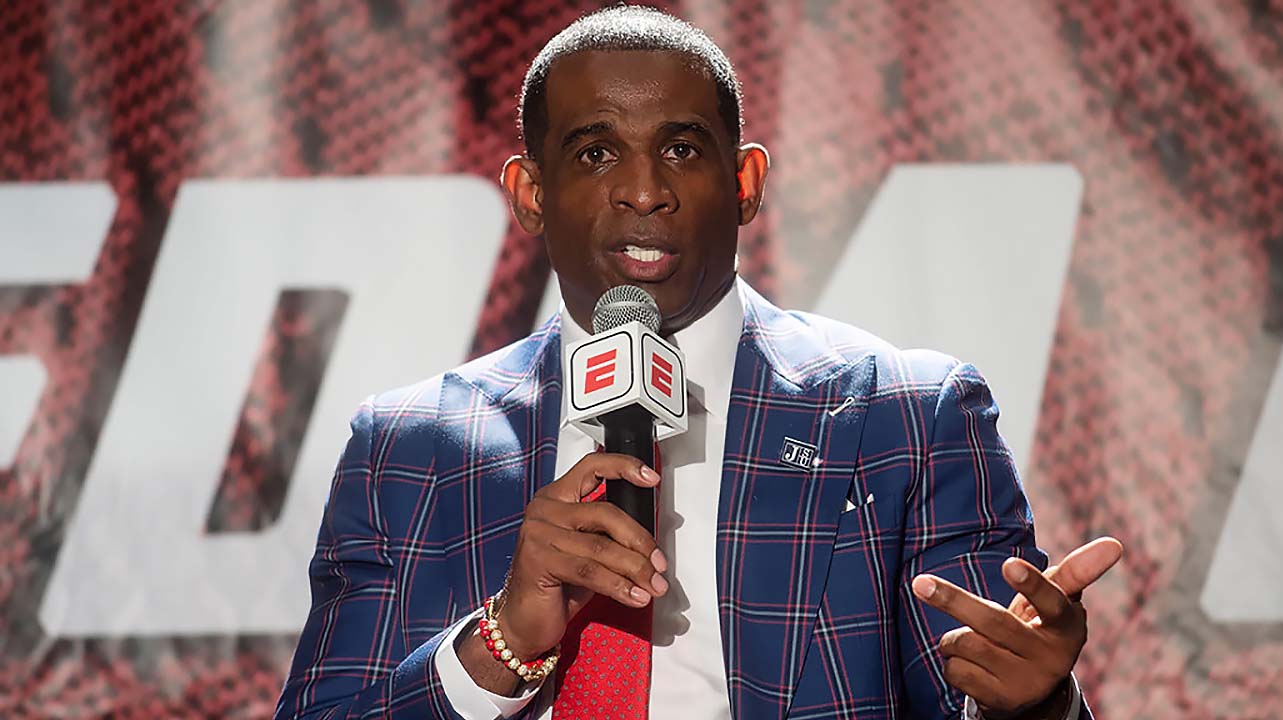 When Deion Sanders walked away from a Zoom interview at the SWAC Media Day in Birmingham on Tuesday it wasn’t his first overly dramatic performance but may be the most head-shaking.

Mostly it was because he made up his own set of facts to justify a performance befitting a spoiled brat more than a head football coach.

“You don’t call Nick Saban, ‘Nick.’ Don’t call me Deion,” Sanders told Nick Suss from the Jackson Clarion Ledger. “If you call Nick (Saban), Nick, you’ll get cussed out on the spot, so don’t do that to me,” Sanders later added. “Treat me like Nick.”

Well, Deion, that means we call you by your name. Saban has never “cussed out” a media member to anybody’s knowledge that’s come to my attention.

Either he was flat lying or (much more likely) has done zero research and is mouthing off again based on what he’s seen online in a soundbite.

In over 45 years working full-time in the media business the only two coaches I have ever called “coach” in interviews or just conversations are John Wooden and Paul “Bear” Bryant. That includes at least 20 other Hall of Fame coaches in various sports over the years.

Even Saban. He’s just a football coach. Probably the best in the history of the game, but he’s still just a coach … with a name.

Apparently I’m not in any particularly special club.

I don’t think that I’ve called him anything other than “Nick.” He hasn’t cussed me out.

JSU coach Deion Sanders walks out of SWAC media day after being addressed as Deion.
“If you call Nick (Saban), Nick, you’ll get cussed out on the spot, so don’t do that to me”
I covered Saban for 6 years. He was called Nick many times. He never said a wordhttps://t.co/nwrRIoRzTx

“When I interview people, I call them by their first name,” Suss said to the Clarion Ledger. “Whether it’s someone I’ve been working with for years or someone I’m talking to for the first time. This is true of the coaches and players on the Ole Miss beat, the coaches and players at Mississippi State and Southern Miss when I help out covering their teams and, as recently as January, even Sanders, too.”

Deion tried to clean up the mess with a social media post about the whole incident with a video and tried to say the other party was lying.

This is how all of this started, I really Pray for all of us because this was something so minimal that was hilarious to me that you allowed a FOOLISH media outlet and person to play on your Preconceived notions. I’m all about Peace,Love,Work,Commitment,Sacrifice & Forgiveness. pic.twitter.com/ZjZPMVJVfj

It’s interesting to see what most folks find more hilarious: Deion wanting the same perceived respect as Saban (who has more than two championships) or who folks believe are lying.