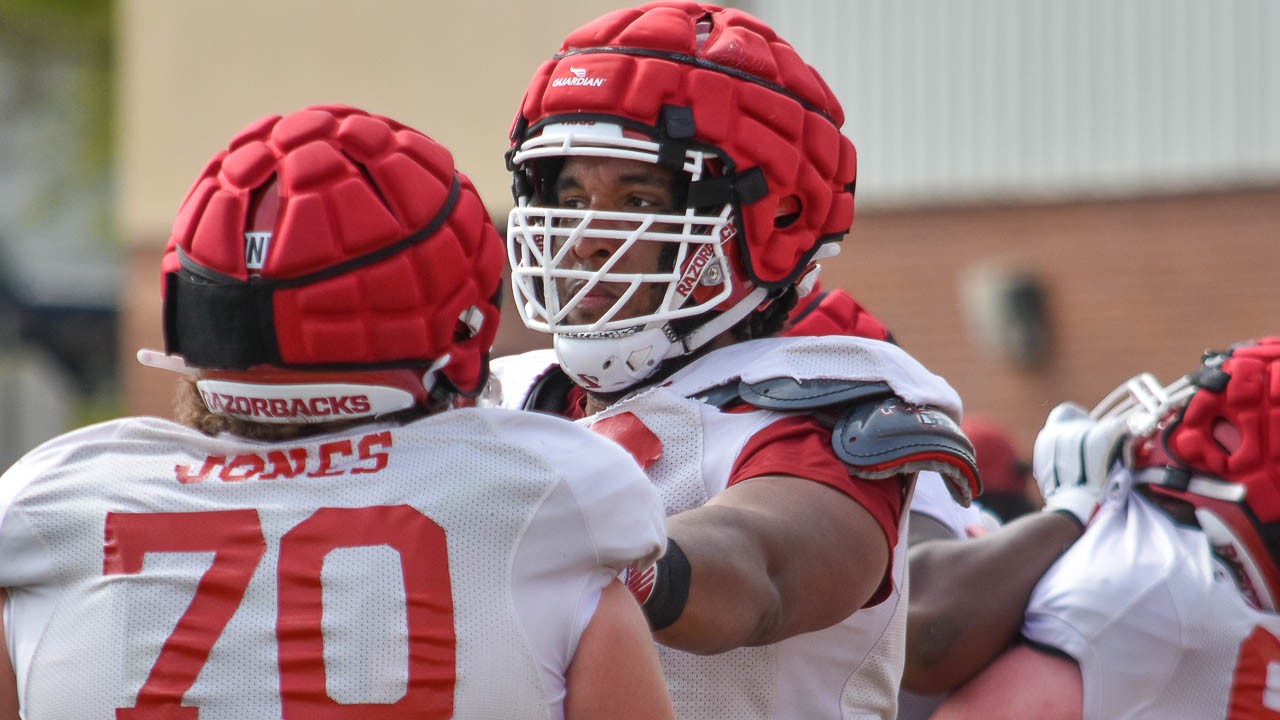 Seniors Myron Cunningham and Grant Morgan will represent Arkansas along with Sam Pittman next week at SEC Media Days in Hoover, Ala.

After a year hiatus due to the pandemic, SEC Media Days returns beginning on Monday, July 19 and concluding on Thursday, July 22, when the Razorbacks will take their turn in front of the cameras and microphones alongside representatives from Missouri and Auburn.

Cunningham returns for his third season on the Hill after a stellar 2020. The big left tackle started all 10 games for the Hogs, playing a team-high 705 offensive snaps to help the Arkansas offense improve under offensive coordinator Kendal Briles.

According to Pro Football Focus, Cunningham produced four pass blocking grades of 80+, including a season-best 88.1 at Missouri. The Warren, Ohio, native allowed only two sacks during the season and was flagged just four times.

Morgan recorded one of the most remarkable seasons for a Razorback in recent memory, becoming just the 16th player in program history to earn Walter Camp All-America honors being named to the second team.

The Greenwood native led the nation in tackles per game averaging 12.3 and finishing with 111 tackles despite playing in only nine games. Along with being named an All-American by Walter Camp, he picked up All-America status from the AFCA (second team) and Phil Steele (third team) to go with his first-team All-SEC accolades from the AP and SEC coaches.

Coach Pittman will make his debut at SEC Media Days after leading Arkansas to the program’s most SEC wins since 2016 in his first season. The Hogs earned a berth to the Texas Bowl, the team’s first bowl berth since 2016, before the game was canceled due to covid issues within the TCU program.

Pittman, Cunningham and Morgan will begin their rotation on Thursday at 10:30 a.m. inside the Hyatt Hotel.