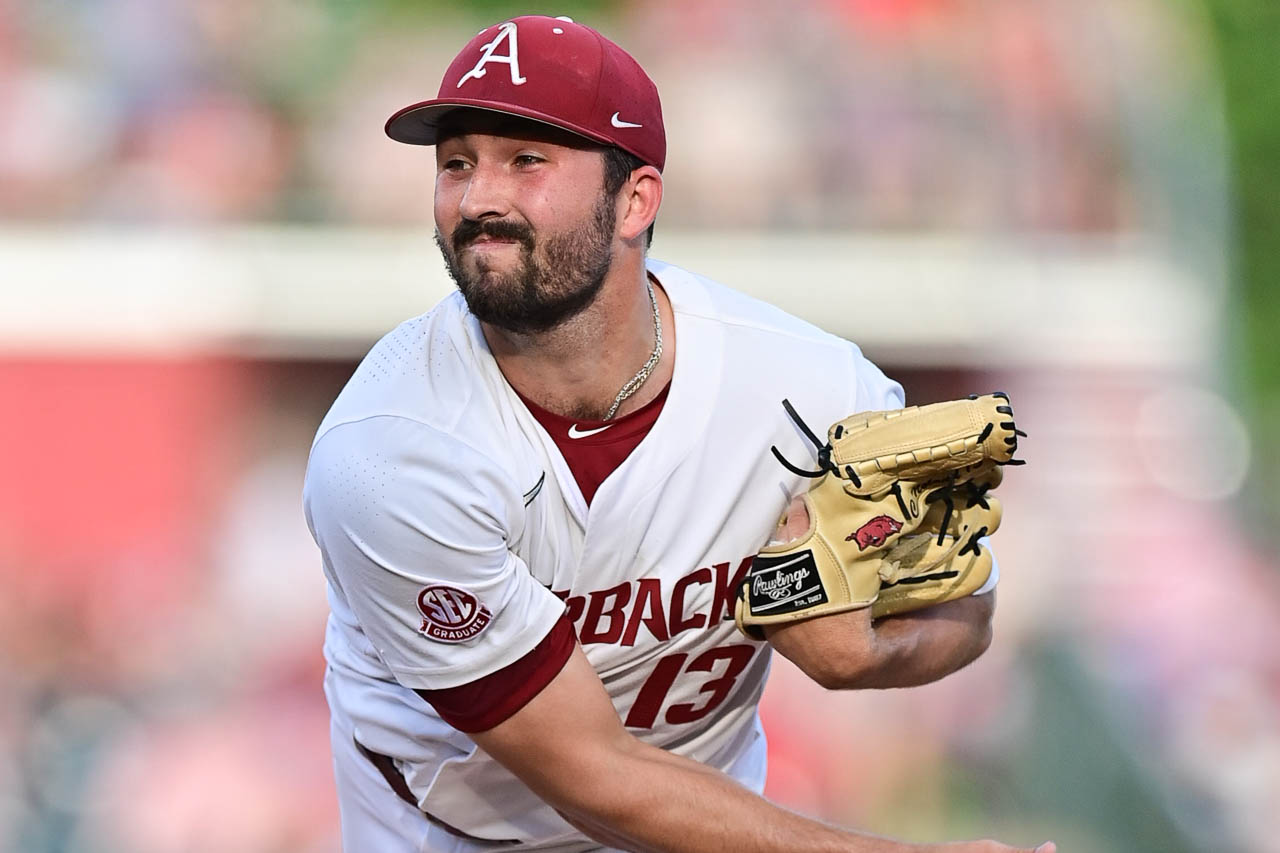 After Arkansas had come back to tie the game twice, that dinger was more than they could recover from, and they fell 9-6.

The Hogs fell into a 5-0 hole for the second straight series opener. Three hits and two walks turned into four runs in the second inning, including a two-run homer for Vanderbilt designated hitter Parker Noland. Bradfield drove in a run on a sacrifice bunt, and third baseman Davis Diaz delivered an RBI single.

Senior right-handed pitcher Connor Noland paid for a walk again in the third, when Parker Noland made it 5-0 on a sacrifice fly. The Greenwood native settled down to make it through five innings on 96 pitches, with six hits, five earned runs, three walks and five strikeouts.

Senior designated hitter Brady Slavens began the comeback with a monster solo homer to right field in the fourth. The longballs kept coming for Arkansas in the fifth, as junior second baseman Robert Moore cut it to 5-3 with a two-run shot, and Slavens went back-to-back with another solo blast.

The Commodores committed two errors in the sixth, allowing senior center fielder Braydon Webb to advance to third base with one out. Sophomore left fielder Jace Bohrofen chopped a single through the left side to score him and tie the game.

Vandy catcher Jack Bulger put his team back on top with a solo home run to left field in the top of the seventh. That was the only run senior lefty Evan Taylor surrendered in two innings of work.

The Razorbacks got that run right back in the bottom of the frame. Moore led off with a double, and advanced to third and home on productive groundouts by Slavens and graduate right fielder Chris Lanzilli.

Freshman right-hander Brady Tygart took the hill for the Hogs in the top of the eighth and struck out the first hitter he faced to end the Vanderbilt threat. He worked a clean ninth, but he ran into trouble in the 10th.

The Commodores had two men in scoring position with nobody out, but Tygart induced a shallow fly out and a weak bunt that produced an out at the plate. With two strikes and two outs, Bradfield took Tygart deep, giving Vandy a lead it did not surrender.

Arkansas and Vanderbilt are set to square off again at 6:30 p.m. Saturday on the SEC Network+. Freshman left-handed pitcher Hagen Smith is the expected starter for the Razorbacks.