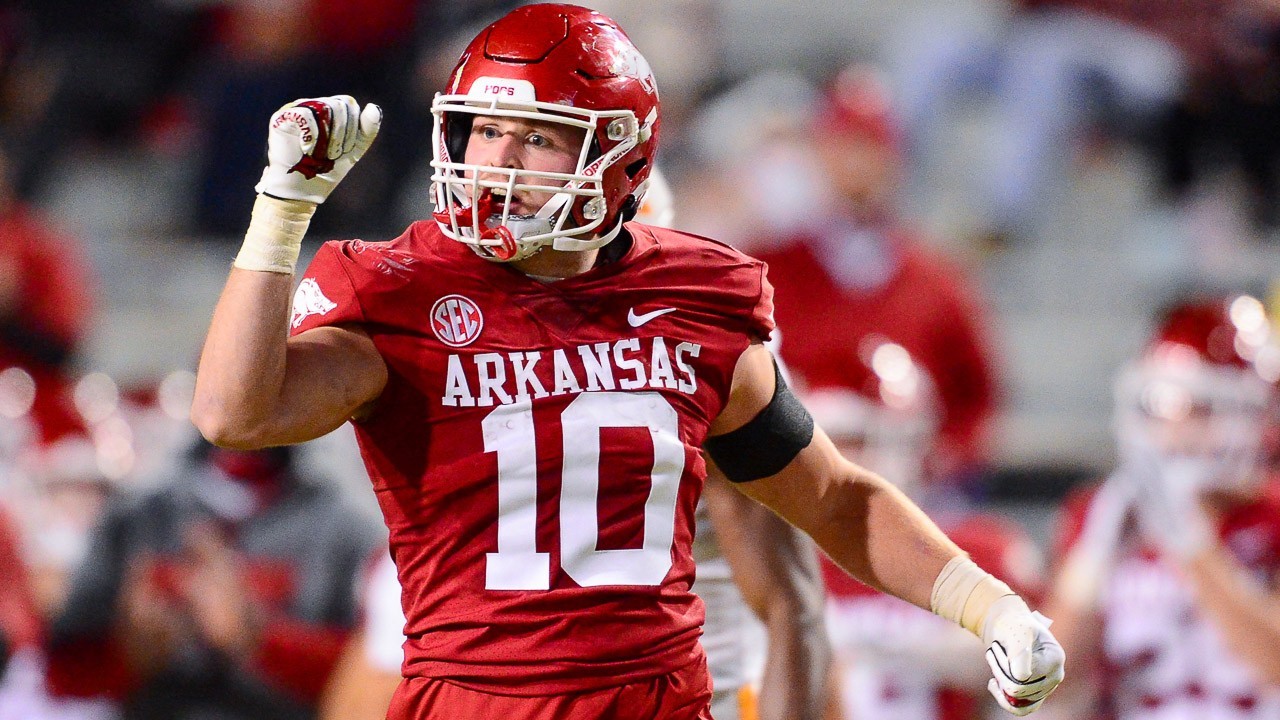 Bumper Pool is coming back for another season.

Pool, a two-time All-SEC performer, joins Dalton Wagner as the latest Razorback to take advantage of the extra year of eligibility granted to him during the pandemic.

It also gives the Hogs at least two quality defensive players on the back-end along with safety Jalen Catalon, who also has announced he will be back after missing most of the season with shoulder surgery.

Pool announced his decision on the Extra Points Podcast before releasing a statement on his Twitter account.

Let’s run it back, Arkansas! pic.twitter.com/ZVOM6vK9GM

Pool has racked up 349 tackles (23.0 tackles for loss) in 30 career games as a Razorback, including a career-high 125 tackles during the 2021 season. He currently ranks ninth in school history in career tackles and sits 59 tackles shy of Tony Bua’s school record of 408 career tackles.

“I want to first start out by saying I am extremely blessed by God’s grace to be in this position I am today,” Pool said in the Twitter post. “These past four years have been some of the greatest four years of my life, and they wouldn’t have been possible without the love and support of my family, friends, coaches, teammates and most importantly the Arkansas fanbase. I feel a certain responsibility to the state of Arkansas, the university and my teammates to continue the tradition, standard and legacy that has been set by our football program. With that being said, I am forgoing the 2022 NFL Draft and coming back for my fifth year. Woo Pig!”

Pool put together the most productive season of his career in 2021.

His 125 tackles are the third-most in the SEC and ninth-most in the FBS. According to Pro Football Focus, his 71.3 overall defensive grade is the best in his career.

His 74.1 run defense grade is 5th among SEC linebackers. He was a part of an Arkansas team who picked up their first bowl win since 2015.