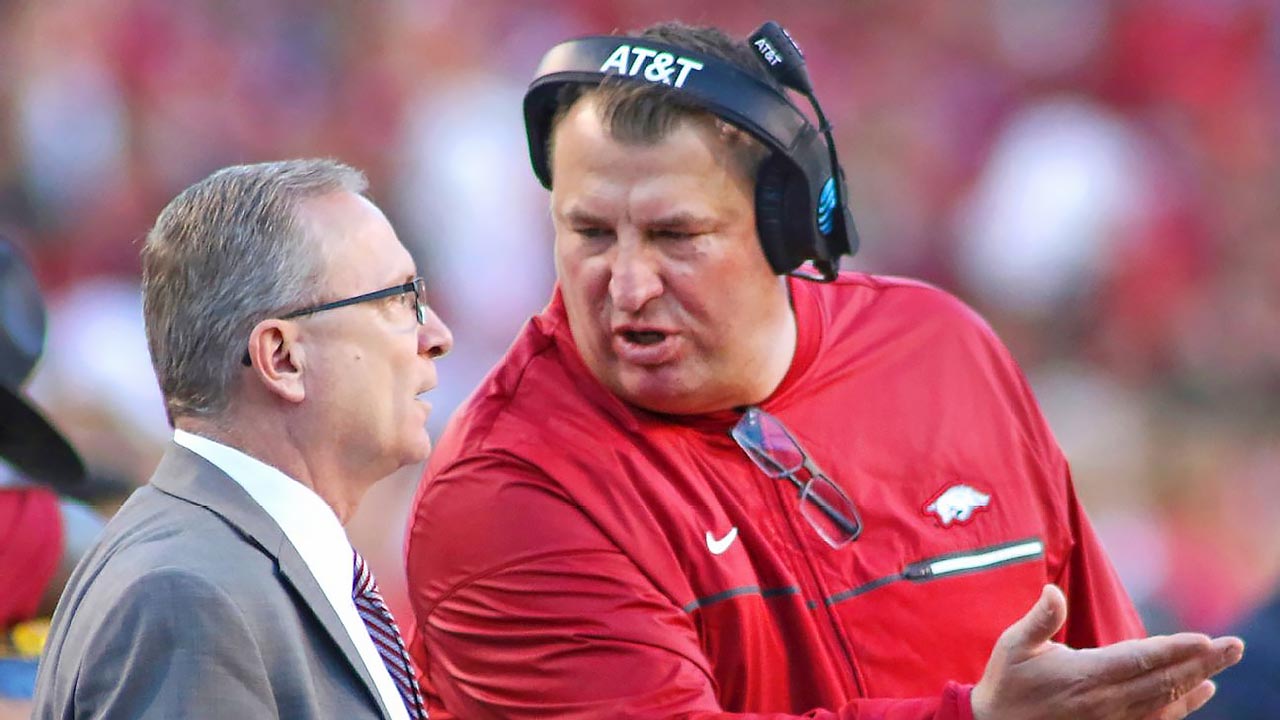 After a couple of years of trying to work for minimum wage while cashing millions from Arkansas, Bret Bielema finally landed a real job Saturday.

When the announcement came Saturday morning he was hired by Illinois it really wasn’t that surprising.

The Illini keep hiring losers. Hey, they have four winning seasons (over .500) in this decade. Just remember, this is a program that hired Ron Zook AFTER he was fired at Florida.

Bielema, of course, wallowed around in Fayetteville for five seasons. He really never had the resumè for an SEC job, having never worked outside the Hayden Fry coaching tree and his success as a head coach at Wisconsin was while Barry Alvarez was over-seeing things.

The positive thing for Razorback fans is once Sam Pittman got fed up with working for Bielema and went to Georgia, things went downhill in a hurry.

Before he left town, Pittman told close friends in Fayetteville he thought Bielema would be fired in two years, which is exactly what happened. Bielema left Pittman hanging too many times with recruits.

It could also have an effect on the ongoing lawsuit Bielema has against the Razorback Foundation that has turned into a paperwork war between attorneys.

He filed a lawsuit earlier this year wanting to be paid for the difference between what he was making for being a low-rent coach for New England in 2018-19 and the linebackers coach for the Giants and his buyout from the Hogs for running the program into a ditch.

That will work itself out in the courts, probably in a settlement.

Now, though, the bigger question is exactly what the Illini think is different about Bielema than the decades of NFL position coaches along with failed NFL head coaches they’ve hired.

Bielema, a native of Illinois, played for Fry at Iowa, then coached with the Hawkeyes and was on the staffs of former Fry assistants.

He won at Wisconsin inheriting what Alvarez had built.

When he had a shot to build a program at Arkansas, he failed. It was so bad some Razorback fans were so excited after a 6-6 regular season in 2014 they were fully on board with Beilema getting a new contract with a ridiculous buy-out to fire him.

Bielema’s best season at Arkansas was 8-5 in 2015 … that included losses to Toledo and Texas Tech.

That is probably acceptable at Illinois.

But shouldn’t be at Arkansas.