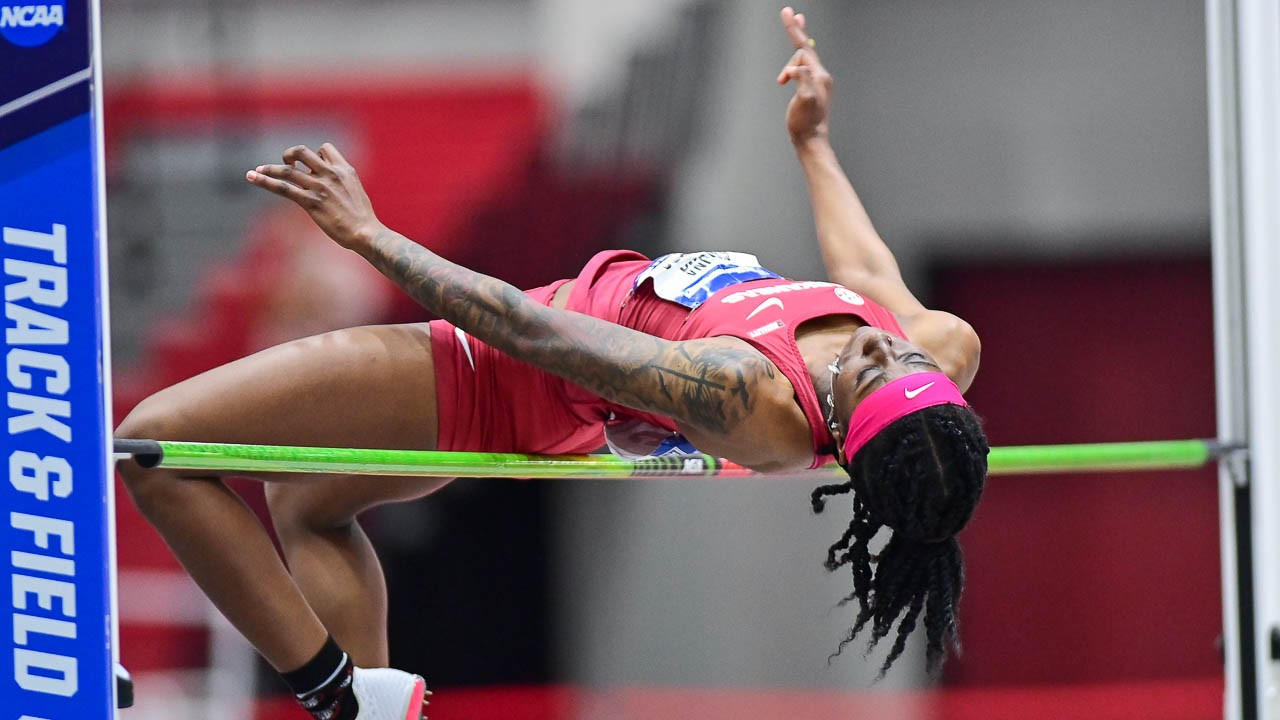 Scoring opportunities resulted in nine more points for Arkansas on the second day of the NCAA Indoor Championships, led by a silver medal performance by the distance medley relay.

Currently, through eight scored finals, Arkansas is tied for ninth place with five other teams at 10 points each. Texas A&M leads with 26 while LSU and Georgia are tied at 23.

“We advanced really well across the board,” said women’s coach Lance Harter. “A couple of the finals didn’t go to perfection, but at a national championship that’s hard to dial in to. We had some nice scoring today in the distance medley, getting second to a BYU team that had to run its legs off to get ahead of us.

“In qualifying we had some pleasant surprises. We have a lot of opportunities tomorrow, and if we can cash in on those, I think we can earn a spot on the podium.”

Saturday’s women session begins at 5 p.m. with the triple jump while running events starts at 6 p.m.

Another point was added to the team total in the pole vault with Bailee McCorkle placing eighth as she cleared a season best of 14-3 ½ (4.36) while Nastassja Campbell finished ninth at 13-11 ¾ (4.26).

In qualifying races, Arkansas advanced three milers to the final. Gear won the first prelim in 4:40.92 to earn an automatic spot. Kennedy Thomson led three Razorbacks in the second prelim with a career best of 4:38.88 and Gracie Hyde (4:39.04) joined her in making the final.

Despite running a faster time than the previous heat, a 4:39.29 by Isabel Van Camp did not advance to the final on time.

Daszay Freeman produced a career best of 8.05 to win her prelim heat in the 60m hurdles. Her time equals No. 3 on the UA all-time list, matching Taliyah Brooks.

Jada Baylark equaled the school record of 7.15 in the 60m prelims, placing third in her heat behind USC’s Twanisha Terry (7.09) and Oregon’s Kemba Nelson (7.13). Baylark equaled the time Kiara Parker set in 2019 in taking down Veronica Campbell’s mark of 7.20 established in 2004.