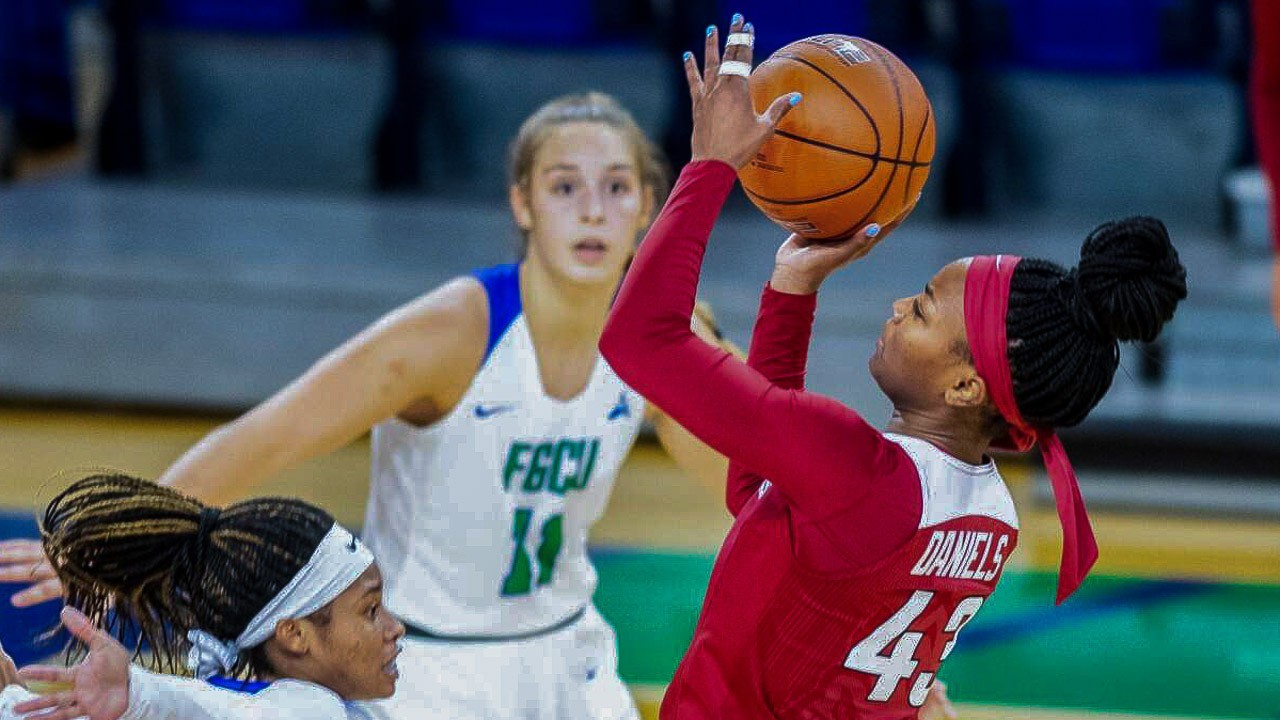 The Hogs dominated the fourth quarter, 26-13.

Redshirt senior guard Chelsea Dungee led the Hogs in this one, going for 25 points, her first time this season going for 20+.

Dungee was huge down the stretch for the Hogs, scoring 10 of those points in the fourth quarter.

Senior forward Taylah Thomas put up her first double-double of the season against the Eagles, going for 11 points and 10 rebounds.

The Razorbacks entered the fourth quarter down seven points, trailing 67-60.

FGCU’s Tishara Morehouse had 27 already, and the Eagles stretched the lead out to nine early in the frame. From that point on, though, the Hogs outscored the Eagles, 26-11.

Arkansas started to find its rhythm from beyond the arc in the nick of time, as Dungee and Ramirez hit back-to-back threes to give the Razorbacks a 72-71 lead with 5:36 to play.

After trading buckets, and being tied at 74, Dungee would break the tie, hitting another huge three from the top of the key to give the Hogs a three point lead.

Morehouse and the Eagles kept it close, but three points from sophomore Erynn Barnum and Ramirez’s clutch free throws were enough to keep Arkansas undefeated.

• Thomas’ double-double was the fifth of her career.

• Sophomore guard Makayla Daniels got into double-figures for the third straight game, going for 15 points.

• She also had seven rebounds, a new career high.

The Hogs finish the Gulf Coast Showcase with one of the marquee matchups early this women’s basketball season, as they play No. 12 Maryland.