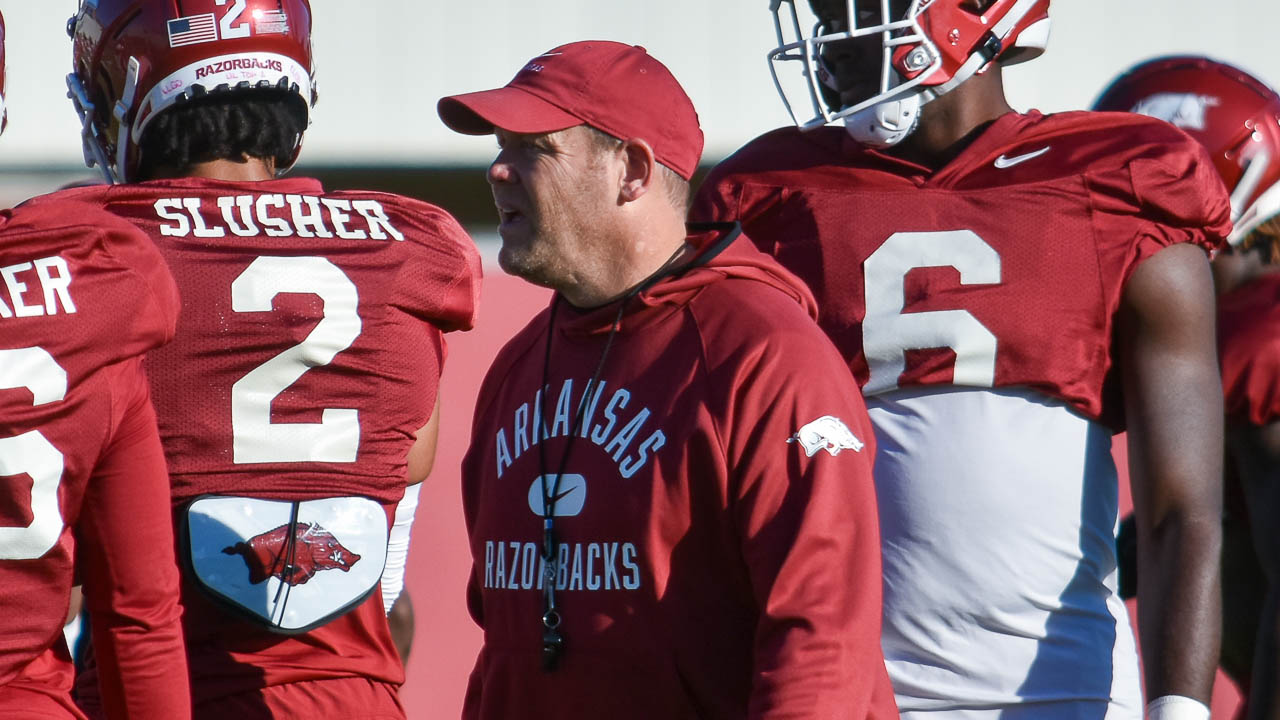 Two weeks ago, Arkansas fans were cocky after a 4-0 start to the season.

The truth was they had a couple of rent-a-wins and caught Texas and Texas A&M while they were still trying to figure out what they were going to do this season.

Georgia shut down the Razorbacks’ offense that roared back the next week but the defense couldn’t stop Ole Miss in the second half.

Add all that up and you end up with more questions than answers through the first half of the season and a 2-2 record over ranked teams.

Some fans are expecting a fairly easy time. The fact is this quite possibly could end up in another shootout if neither team shows a particular interest in stopping the other from running the ball.

The Tigers can run it and have a stable of running backs as deep as the Hogs. Their quarterback has been making wild big plays his entire time on The Plains and this year has been no different at all.

KJ Jefferson and the Hogs’ offense put up some big numbers last week, but the defense gave up virtually the same thing. That’s the biggest problem.

Arkansas’ lack of depth on that side of the ball is starting to show. In today’s world of college football you have to have about 45 players where the drop-off rotating fresh players is minimal and the Hogs just aren’t there yet.

Auburn has played in front of a rowdy crowd in an electric prime time atmosphere at Penn State earlier this year. They actually came close to pulling out a win in that. Razorback Stadium won’t be that crazy with an 11 a.m. start, despite Sam Pittman rallying the troops all week.

Arkansas broke a decade-long problem with the Aggies earlier this year but now they get the Tigers in a position where few people are giving them much of a chance.

It’s the first time the Hogs have been favored in an SEC game in a ridiculously long stretch of games.

Arkansas is favored by 4.5, which sounds about right.

No idea what Pete Morgan is doing this week and one can only assume he’s been partying so hard with a slim lead he forgot what the deadline is to get his picks in.

Maybe the craziness of this season will subside a little this week, but Auburn messed up my big weekend last week and there likely won’t be much ground made up this week.

Florida (-12) at LSU: The Tigers are playing terrible this year and there are questions about Ed Orgeron’s longevity. The worst problem is he’s starting to look like a one-hit wonder at LSU but could be getting paid enough that nobody really cares. The way this season has gone it could go either way. Florida 35, LSU 17

Texas A&M (11) at Missouri: The Aggies will probably have somewhat of a hangover after upsetting Alabama last week and, for some strange reason, I keep thinking the Tigers could pull off an upset in this crazy season. Stranger things have happened, but don’t be surprised if it’s closer than anyone thinks. Texas A&M 38, Missouri 35

Kentucky at Georgia (-21.5): In a battle of unbeatens and CBS’ latest favorite, the Bulldogs are playing like the best team in the country and yet again give them a laugher. Remember, the Wildcats think they are contenders, but it’s not basketball yet. Come back to reality. Georgia 38, Kentucky 10

Vanderbilt at South Carolina (-18.5): Sooner or later the Commodores are going to actually play somebody in the league close, but not this week. At least we’ve seen absolutely nothing to think they know the ball is blown up with air and not stuffed. South Carolina 34, Vanderbilt 14

Alabama (-17) at Mississippi State: You can bet practices in Tuscaloosa this week have been intense. Nobody wants to lose, but Nick Saban learned a long time ago one loss doesn’t derail the season. Mike Leach and the Bulldogs just happen to be the next team up, bless their hearts. Alabama 41, Mississippi State 14

Ole Miss (-2.5) at Tennessee: Ready for a Saturday night Shootout? Last week’s over-under with Arkansas was 66 and they passed that in the third quarter and never looked back. Look for something similar this week. Ole Miss 48, Tennessee 41