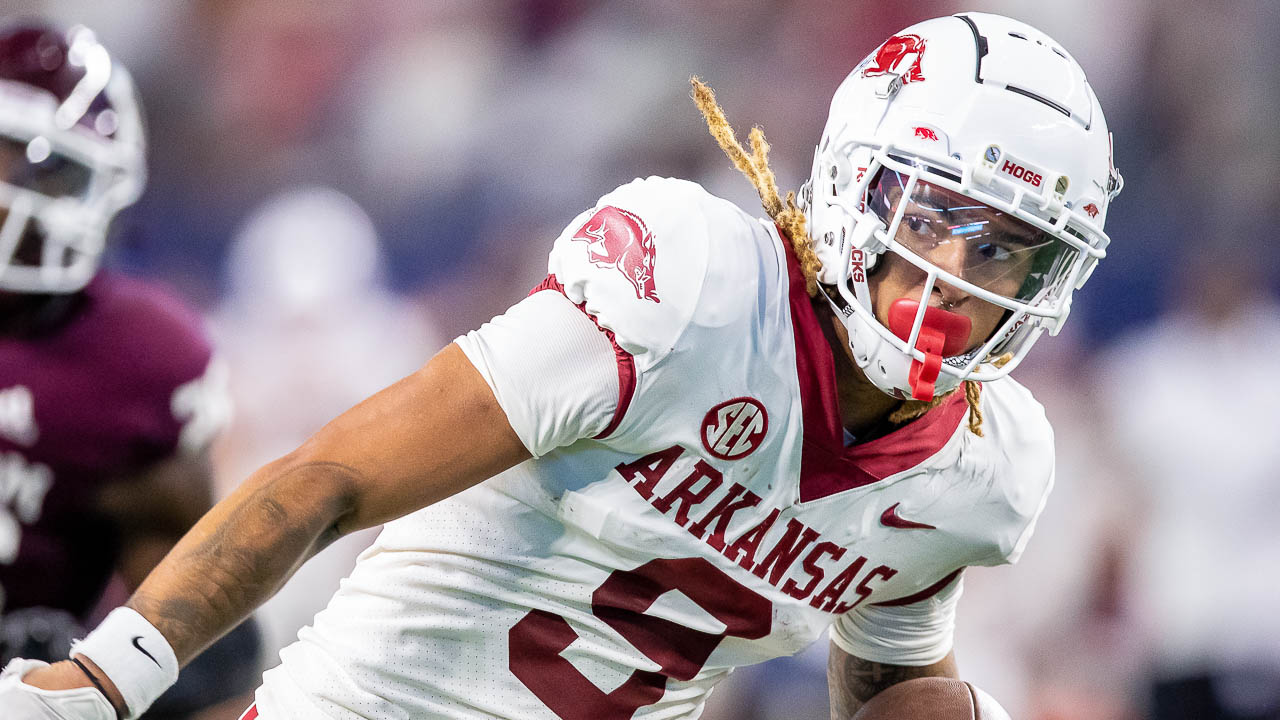 FAYETTEVILLE, Ark. — A lot of Arkansas fans are just looking at Alabama’s unimpressive wins and thinking there’s a chance Saturday.

That depends on whether the Crimson Tide are living up to their No. 2 ranking or if the Razorbacks are better than their No. 20 position in the polls.

The Hogs and Tide play at 2:30 p.m. Saturday at Razorback Stadium on CBS and on HitThatLine.com.You can listen on the radio with ESPN Arkansas 99.5 in Fayetteville, 95.3 in the River Valley, 96.3 in Hot Springs and central Arkansas, 104.3 in Harrison-Mountain Home.

Alabama is a 17-point favorite at the sports books with an over-under of 53, which means they don’t think the Hogs will be able to score that many points.

Maybe the most important part of the game is whether the Hogs can recover mentally from an emotionally-draining 23-21 loss to Texas A&M last week. They’ve only four games the next week over the last decade and that was over a SWAC team and New Mexico State.

The last time they played Alabama after the Aggies, it was a 65-31 loss that was nowhere near as close as the final score sounds.

The Tide ran off to a 31-14 lead in the second half, then basically kept scoring. The Hogs tried an onside kick with 62 seconds left to try and have a shot at tying the game, but it didn’t work.

Now fans are going to be in all red Saturday and expecting something on the order of what they had last year in a win over Texas.

Then Nick Saban challenged his team earlier this week. Linebacker Will Robinson said he couldn’t believe “the audacity” of the Hogs playing on the same field as them.

That’s the kind of statement that’s either a warning sign or motivation.

My guess is the former.

Peter Morgan and I are about dead even in this year’s picks contest and this could be the week that breaks things open.

That happens when the games get better.

South Carolina State at South Carolina: Moved up to Thursday night, the Gamecocks had little trouble in a 50-10 win. No surprise there for either one of us doing the picking.

7 Kentucky at 14 Ole Miss (-6.5): The view here is this will be the best game played in the SEC this week. It certainly is intriguing with the Rebels’ running attack taking center stage and the Wildcats taking an interest in football. I like Lane Kiffin in big games against anybody other than Nick Saban. Ole Miss 31, Kentucky 21

17 Texas A&M at Mississippi State (-4.5): The line on this one may surprise some people, but after seeing the Aggies last week against Arkansas, there is the inevitable letdown. A&M didn’t dominate last week while the Bulldogs are quietly putting together a decent team and they can throw the ball very well. Mississippi State 28, Texas A&M 24

LSU (-8) at Auburn: The annual battle of the Tigers and one coach is in his first year (Brian Kelly at LSU) and another was lucky to last a full year (Bryan Harsin at Auburn) and may be the first coach out before the end of the year. A loss here and he may not make it to Halloween. LSU 24, Auburn 10

1 Georgia (-29) at Missouri: Eli Drinkwitz may be in hot water in Columbia and it’s a good bet this game won’t help it cool off much because the Bulldogs are either first or second in the league (depending on your point of view). The Tigers aren’t and have gone backwards since he took over a couple of years ago. Georgia 51, Missouri 10

Eastern Washington at Florida (NL): The Gators need to get the ship headed back in the direction it was going after they started fast before running into Kentucky, then Tennessee. This should be little more than just a scrimmage in front of fans for Florida. If it’s not then the Gators have more problems than anyone suspected in Billy Napier’s first season. Florida 54, Eastern Washington 14