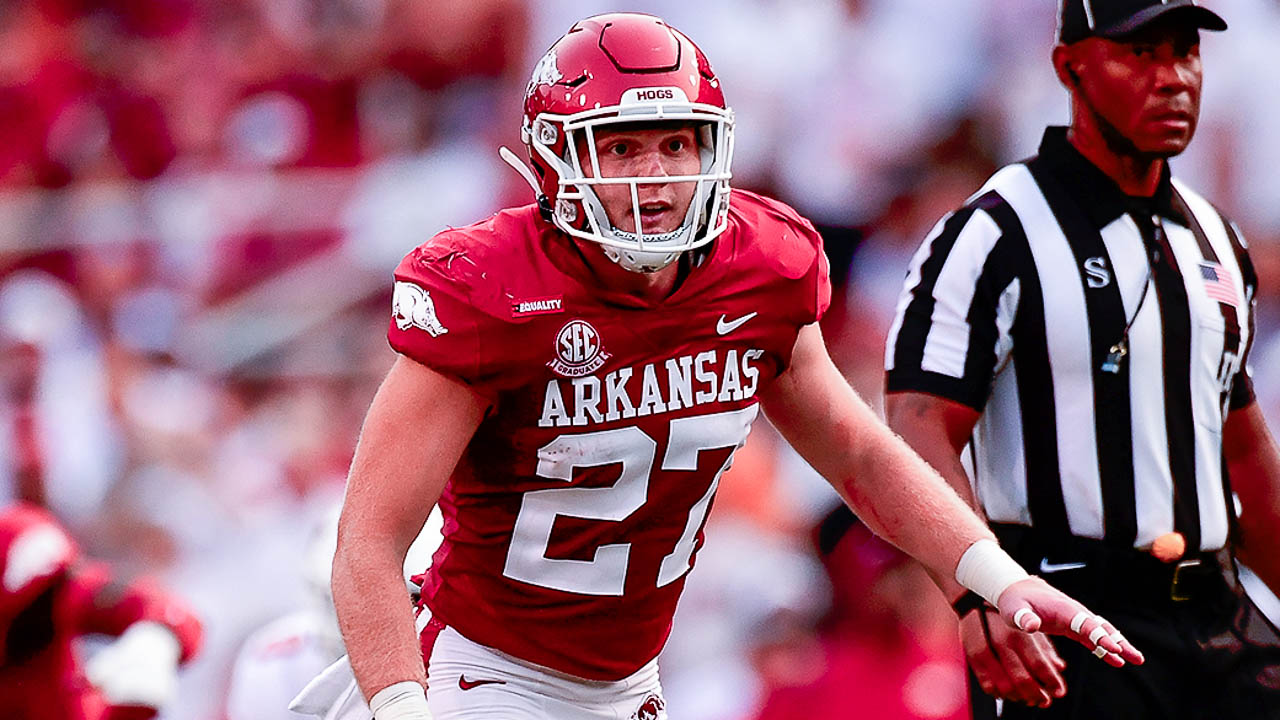 Hayden Henry’s dominant effort in Arkansas’ win against No. 15 Texas has earned him national defensive player of the week honors from the Walter Camp Football Foundation.

Henry made a career-high 15 tackles, including 2.5 tackles for loss, in the Razorbacks’ 40-21 win on Saturday night. It was his first career double-digit tackle performance, also marking the first time he has led the Hogs in tackles for a game.

RELATED:   Things won't be getting easier for Hogs with 2022 schedule

The redshirt senior linebacker is the fourth Arkansas student-athlete to earn Walter Camp National Player of the Week honors since 2004. Henry is the first since former Razorback quarterback Ryan Mallett (Sept. 19, 2010).

Henry and the Hogs are back in action next weekend, hosting Georgia Southern inside Donald W. Reynolds Razorback Stadium at 3 p.m. Saturday, Sept. 18, on SEC Network.