Did you see that photo of Arkansas athletics director Hunter Yurachek circulating on social media?

Yurachek, clad in a Hogs sport jacket, looked “wrecked” as my 10-year-old son, J.D., would say. The second-year athletics director was seated with a shell-shocked look on his face.

He had just endured Arkansas’s blowout homecoming football loss to fellow SEC West bottom dweller Mississippi State. The Bulldogs punched the Razorbacks in the mouth and made them like it.

It’s a recurring theme and Razorbacks coach Chad Morris stands at the podium with glazed eyes and dodges as many questions as he can.

I don’t blame Yurachek for looking physically and mentally exhausted while enduring this dumpster fire of a football season. The bad news is it will only get worse, as he makes some unenviable decisions in the next month.

Peoples gave her account of the coaching search that ultimately led to the hiring of Morris two years ago. That search was being conducted simultaneously with an athletic director search that eventually yielded Yurachek.

The debate has been whether hiring Morris fell on the shoulders of Comer Peoples, who is now the athletics director at Ohio, and Arkansas chancellor Joseph Steinmetz or Yurachek.

The way JCP explains it, Yuracheck’s deal was finalized slightly before Morris’, and after being informed that Morris was about to be hired, Yurachek went along with the impending deal.

So, based on her account (I really recommend you listening for yourself. It’s well-done and insightful), I’d say that this is definitely not Yurachek’s hire. At that point, 99 percent of all AD candidates would carry on with the decision. Time was of the essence, and Yurachek couldn’t realistically add to the process. It appears he was happy with the decision. However, approval doesn’t make it his.

So having said all of that, Yurachek does have to make the decision on whether to retain Morris. The Arkansas media has covered all of the reasons on the field that make the case for Morris’ dismissal and it’s a solid one.

The recurring theme is, Morris is in over his head and nothing he’s done over the past two years gives reason to believe he can turn Arkansas into a winner. I whole-heartedly agree. So, there is definitely cause. Yurachek knows it, too.

I would bet on it. Most ADs do just in case. He’s got to make sure he can land the coach he wants who can turn the program around and find a way to pay Morris’ buyout.

It will be a much tougher process, I contend, to land a good coach to come to Fayetteville than finding a way to way to pay him off, but if they want Morris gone, they will find a way.

What I am very curious to know is what Dallas Cowboys owner and Arkansas booster Jerry Jones thinks of all of this. Jerry Jones, a former Arkansas player, was a Morris proponent with his grandson John Stephen Jones playing with Morris’ son, Chandler, at Highland Park High School in Dallas.

So, is Jerry Jones happy with Morris? Will his approval and clout at Arkansas save Morris? Or is he unhappy with Morris and willing to write the check to have him dismissed?

Based on what has happened with embattled Cowboys coach Jason Garrett, it looks like Jerry Jones will back Morris. Still, that may not be enough … especially if Arkansas loses to mid-major Western Kentucky Saturday.

It seems like a loss to WKU and former Hogs quarterback Ty Storey would be the beginning of the end for the Morris Era. Yurachek could opt to bring back Morris and instruct him to fire members of his staff.

The pluses of another season of Morris are a smaller buyout next season and a message to perspective coaches that they will be given an ample chance to turn things around. That move may also keep some of Morris’ talented players.

If he is fired now, some of them will hit the transfer portal and the new coach will be behind.

It’s also apparent that no matter what Yurachek decides some will be unhappy although it appears more and more that most will be fine with a Morris firing. The division may be on who is hired.

Yurachek is in a tough spot that he wouldn’t have expected to be in when he took the job two years ago. It will be interesting to see which direction he chooses. He really has the fate of the football program in his hands.

No wonder he looks frazzled. 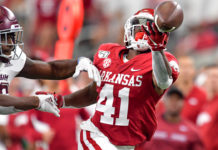 Hammonds’ speed, doing ‘what he needed to’ gets him back on scholarship

Razorbacks’ Pittman ‘excited’ to have players returning to campus for workouts 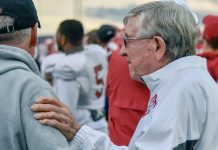 After talking with Majors on Sunday night, his death shocked Sherrill 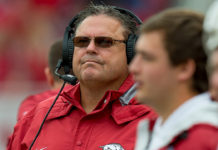 Lots of questions about Hogs, Pittman, for preseason magazines this year 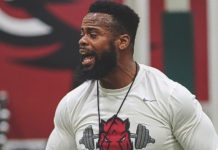 One week away from players back at UA working out, which is finally something 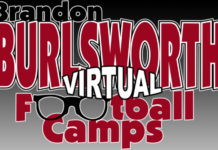 Burlsworth Football Camps going virtual for everybody on Monday 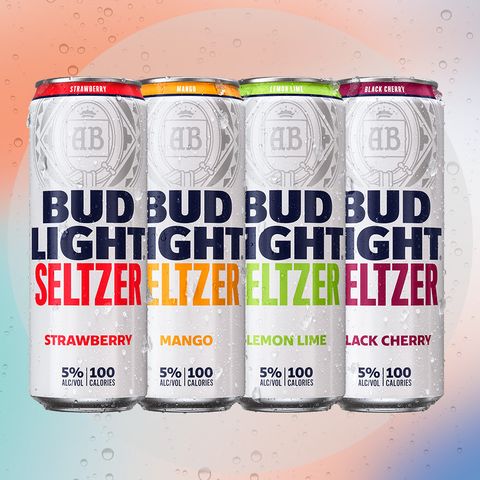 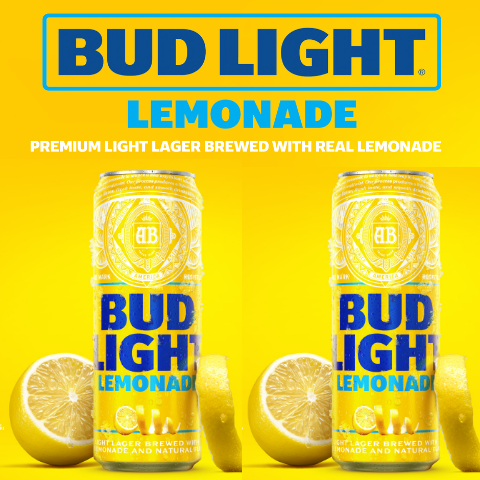