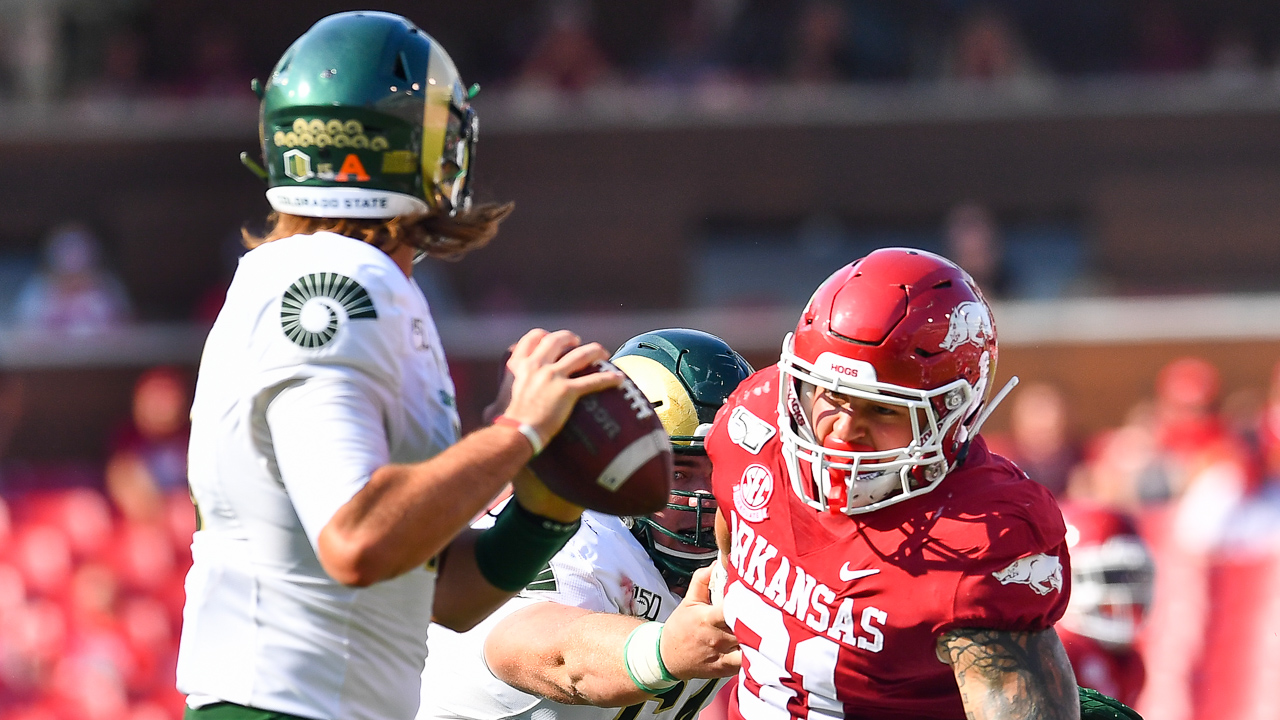 Nobody specifically asked Chad Morris on Monday what he thought about Arkansas’ execution Saturday night, but he could have been forgiven if he said he was in favor of it.

Some of the fans jumping up and down wanting heads to roll or at least come up with a reason should probably stop reading now because I’m not sure there is a good one.

Morris and his coordinators seemed as mystified as fans by what happened two days after the carnage was cleared in Razorback Stadium.

“You’re wondering how does this happen and I am, too,” defensive coordinator John Chavis said Monday.

From listening to some folks, you’d almost think the coaches didn’t do anything last week but blow whistles and take the roll at practices. Seriously, folks.

Every coach who has ever lived has had one of those games where, simply nobody had any answers. In today’s world of college football, they don’t even know what play is going to be run a lot of the time. Quarterbacks are able to check off play calls almost all the time.

“There were several,” he said Monday.

All of that is one reason I think playcalling is the most overblown thing fans (and some media) yell about all time. When the play is over, well, we all know what should have been called.

The Razorbacks didn’t execute Saturday night. Before fall camp started there were fears about the lines — on both sides of the ball — and those have proven to be valid.

On the offensive side of things, eight of the 10 on this week’s depth chart are players in their first or second year with the Hogs. There may not be a position on the field where experience plays a bigger role.

Defensively you have three freshmen in a line that is only consistent in the lack of routinely disrupting quarterbacks. Through four games they’ve made every one of them look like All-American candidates.

Combine a lack of pressure up front with eight of the 14 players in the back seven being first or second-year players and, well, you’ve got a problem.

Things like bad eye discipline are, primarily, an experience issue. In case you don’t know, that’s where the defensive back is looking into the backfield until he realizes that guy on the other team that’s doing a 100-yard dash past him is probably going to get a pass his way.

It’s a learning curve that is a little easier to manage if only one or two are newcomers with a bunch of upperclassmen around them.

Do you think it’s an accident Bumper Pool has been able to stand out surrounded by smart, experienced guys like De’Jon Harris, Grant Morgan and Hayden Henry (among others).

When the front four does get some pressure, they can’t seem to get a handle on the opposing quarterback, who simply runs away from them and flings it downfield.

The most experienced position on defense is the line, which appears confused and inexplicably gets knocked backwards way too often.

On offense, it’s running back and tight end, which is two positions that depends an awful lot on the front five for a variety of reasons and which hasn’t been getting the job done.

Just look at facts. No running back has run into a hall of fame when he’s got a defender’s hand on him a yard before the line of scrimmage and no quarterback has ever completed 50 percent of his passes from a horizontal position.

It’s not a lack of coaching. I’ve stood there and watched some pretty hard and detailed coaching in early individual drills we get to watch.

When this season started, it became clear pretty quick this was going to be one that required a lot of patience from a fan base that often determines the entire fate of the program on each snap.

The guess here is it’s not going to get fixed anytime soon.

Despite all the jumping up and down.