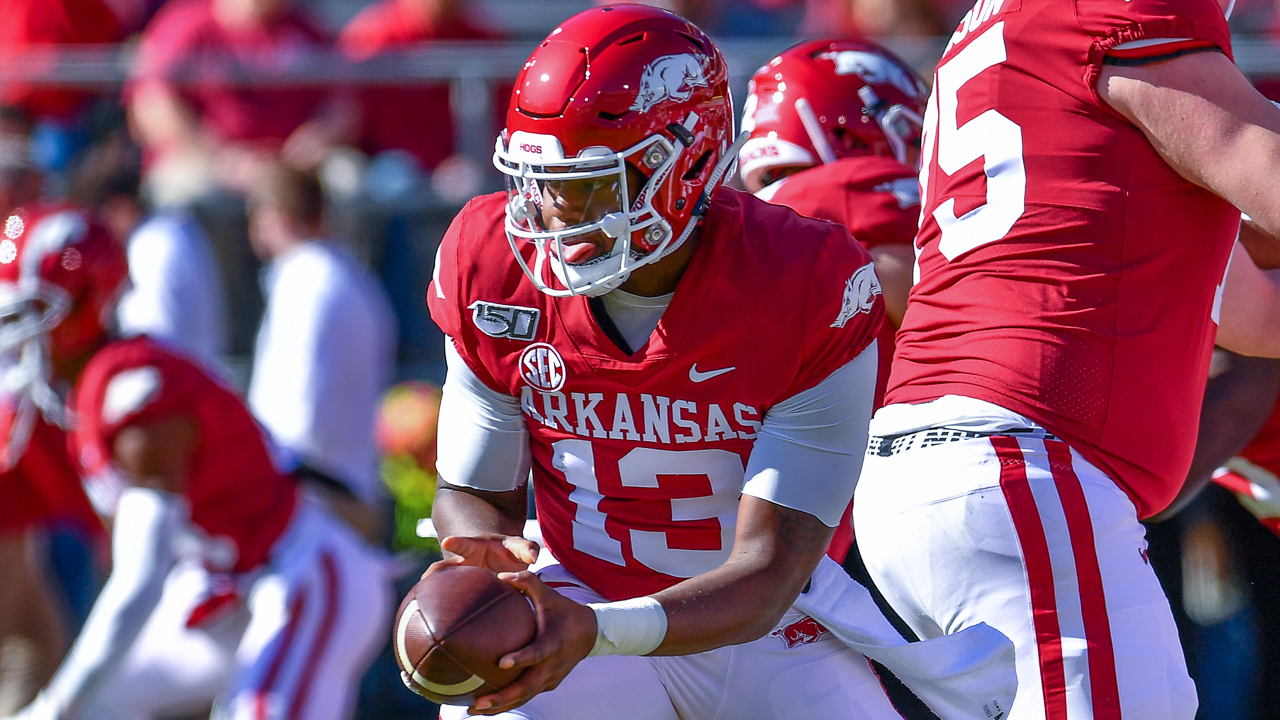 More and more the questions surrounding Saturday’s suspension of senior tight end C.J. O’Grady are getting directed at Chad Morris and his handling of the whole quarterback drama.

Did O’Grady go to Morris on Monday and relay the players’ position that freshman K.J. Jefferson should be starting?

Did the players find out Wednesday that Morris, who appears more and more paralyzed by indecision trying to coach at this level, decided to start Ben Hicks over Jefferson?

Did O’Grady go to Morris on behalf of the players, express disagreement with that decision and get suspended before the Mississippi State game?

With one coach in his second season getting fired Sunday, does Morris even get the opportunity to be embarrassed by one of the quarterbacks he ran off beating the Hogs on Saturday when Ty Storey comes to town with Western Kentucky?

Florida State went ahead and fired Willie Taggart on Sunday after a 9-12 start. Morris, is 4-17 in his second year at Arkansas and making no signs of figuring it out.

Former and current SEC coaches were asking the question Sunday, “is Morris the dumbest coach in the league?” over his handling of the whole mess.

It all comes back to Jefferson, who clearly was the best quarterback on the team when he stepped on the field in August camp, but has spent most of the season running the scout team for the defense.

When he came into a game that was out of hand in the first quarter against the Bulldogs on Saturday, the team clearly was energized more than it’s been nearly the entire season.

Have players been seeing Jefferson’s ability since August and finally pushed the issue now that Morris can’t use the “saving him” argument?

Did Morris respond like a high school coach and kick O’Grady off the team for the homecoming game? Did he actually try to prove a point by kicking a fifth-year senior off the team for THAT game?

With all these questions hanging out there, Morris proceeded in the post-mortem to make about as offensive of a comment an Arkansas coach could make about Jefferson:

“We kept it as simple as possible with him.”

For the Razorbacks, who have historically not had a large percentage of African-American players at the quarterback position, that comment was jaw-dropping.

The fact that Morris wasn’t trying to insult anybody just shows how in over his head he is as a head coach of an SEC program desperately trying to find a positive direction in today’s world of getting good players.

It’s not like he doesn’t take enough time. For a coach who has little regard for media deadlines and can’t seem to get anything on time, you’d think he would have a little better grasp of what to say.

Jefferson got a spark from the fans and the players. But you get the idea the players have known about him all along.

“We were as excited as the fans,” captain and senior linebacker De’Jon Harris said later.

“He has looked great in practice,” said wide receiver Mike Woods. “He looked good out there today … the same way he has been looking in practice.”

Have the players been pushing for him to play all along?

Did Morris duck and dodge THEIR questions like he does the media?

Did Morris lose this team back in September? That’s when the whispers started that he wasn’t playing the best players … the ones many thought gave the team the best chance to win.

He can’t use the excuse he knows who to play to win games because he hasn’t won enough games in two years to qualify for even a postseason trip to Shreveport.

No matter how far down the program was when he inherited it, things weren’t that bad.

But now we get down to maybe the most important question of all that can directly affect Razorback football and, effectively, an entire state.

With Florida State knocking over the first domino, how long can Hunter Yurachek wait to make a decision?

A choice, by the way, that could have a direct impact on HIS future.

And at 4-17, can anybody really afford to wait?