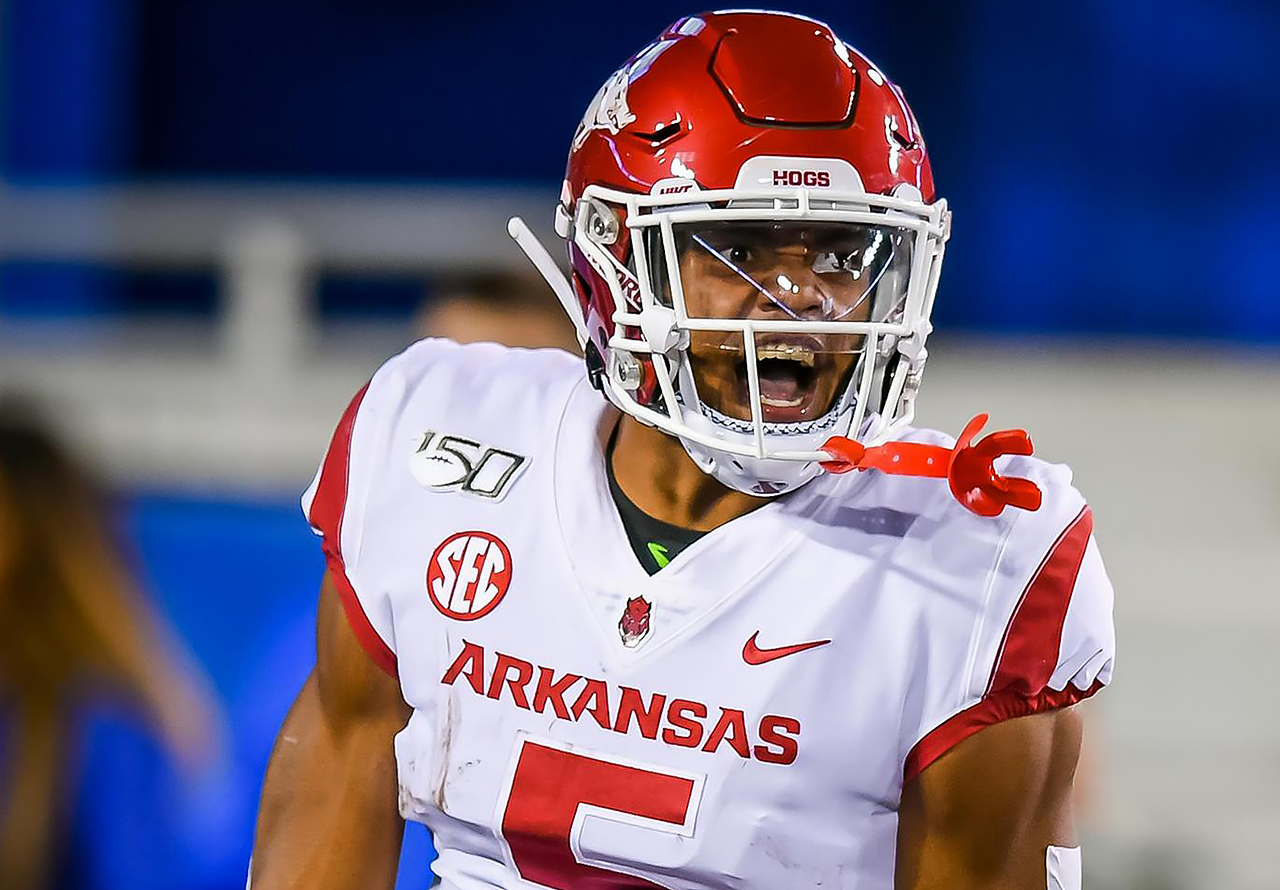 While The Great Playcaller himself, Bobby Petrino, certainly had his downsides, getting the football in the hand of his best playmakers on offense almost assuredly wasn’t one of them.

It’s a question Chad Morris probably should be asking his offensive staff and, ultimately, himself after once again coaching a possible SEC win into a loss.

The best example of this came in the fourth quarter when Treylon Burks did what people in Warren saw him do for years … he took over the game almost single-handedly. For one series.

Don’t put it on Burks. He had a 26-yard punt return that he did a lot of the work on himself, making the first Kentucky defender miss. He followed that by taking a backwards pass he was wanting to throw to C.J. O’Grady, but saw he was covered and took off down the sideline for 11 yards.

On the next play, Ben Hicks threw to Burks for 15 yards to the Wildcats’ 3-yard line.

Burks had one other catch the entire game. Trey Knox, another freshman big-time playmaker, had two catches for 24 yards.

Part of the problem was Nick Starkel looked like a deer caught in the headlights of an oncoming truck half the time. It often appeared he was just chunking it in the general direction of somebody, usually C.J. O’Grady.

Hicks only threw eight passes. Part of that was the running game was effective, but when he did try to pass, the offensive line didn’t appear to put up more more than token resistance to the Kentucky defensive linemen.

Apparently some people tried to make a point of SEC Network commentator Jordan Rodgers pointing out the technical flaws in Starkel’s delivery and the coaches not correcting it.

While there’s plenty to blame on the coaches, that’s one issue offensive coordinator Joe Craddock has pointed out in no uncertain terms to Starkel on numerous occasions. We’ve seen it in individual workouts in the limited media access early in practices.

Starkel’s been coached on the proper technique. The fact he can’t do it consistently in games may be why he’s in Fayetteville and not still in College Station, Texas.

It’s just more of the head-scratching confusion about this team’s offense. As I said in the immediate reaction, this is resembling more and more the revolving door at quarterback last season.

The quarterback situation is something Morris is going to have to address … and resolve.

“All options are open,” he said Saturday night after the loss in Lexington.

In fall practice, Morris and Craddock both said redshirt freshman John Stephen Jones put the team in the end zone the most in scrimmages. Jones hasn’t seen the field except from the bench this year.

Freshman K.J. Jefferson, maybe the most intriguing of all the quarterbacks, hasn’t gotten close to being in a game. He was the highest-rated quarterback in the state of Mississippi last year and the guy behind him is starting at Ole Miss.

“We’ve got to get something that’s going to provide consistency and provide a spark for us,” Morris said. “We’ll re-evaluate that as we get back in.”

That’s basically a non-answer cliché. You hear those a lot with Morris, who at times appears to teeter on the edge of paranoia wrapped in secrecy. That’s why you don’t see special teams photos or videos from practice … we aren’t allowed to shoot it.

Exactly what is being protected there remains to be seen, but it borders on ridiculous.

It makes you think of the time Bill Parcells joined the Dallas Cowboys and cut off the media shooting practice photos and video. He said it was because before playing the Bills in the Super Bowl he saw a Bills’ play with Thurman Thomas on television the week before the game.

He didn’t elaborate. Research discovered the play. In the Super Bowl, the Bills ran the play seven times and got 97 yards. Buffalo coach Marv Levy wasn’t shy about giving the exact numbers.

“What would he have gotten if you HADN’T known about it?” Parcells was asked.

The restrictions on shooting were gone the next day.

Exactly what Morris is concerned about someone seeing is not known. The same goes for team drills … exactly what he’s afraid of anyone seeing is starting to slip past the borderline on ridiculous.

It’s hard to imagine any team seeing anything that could do anything but make them more confident. Let’s face it, nothing about these Hogs scare any opponent.

And it won’t be until Morris figures out a way to get the ball in the hands of playmakers on offense.