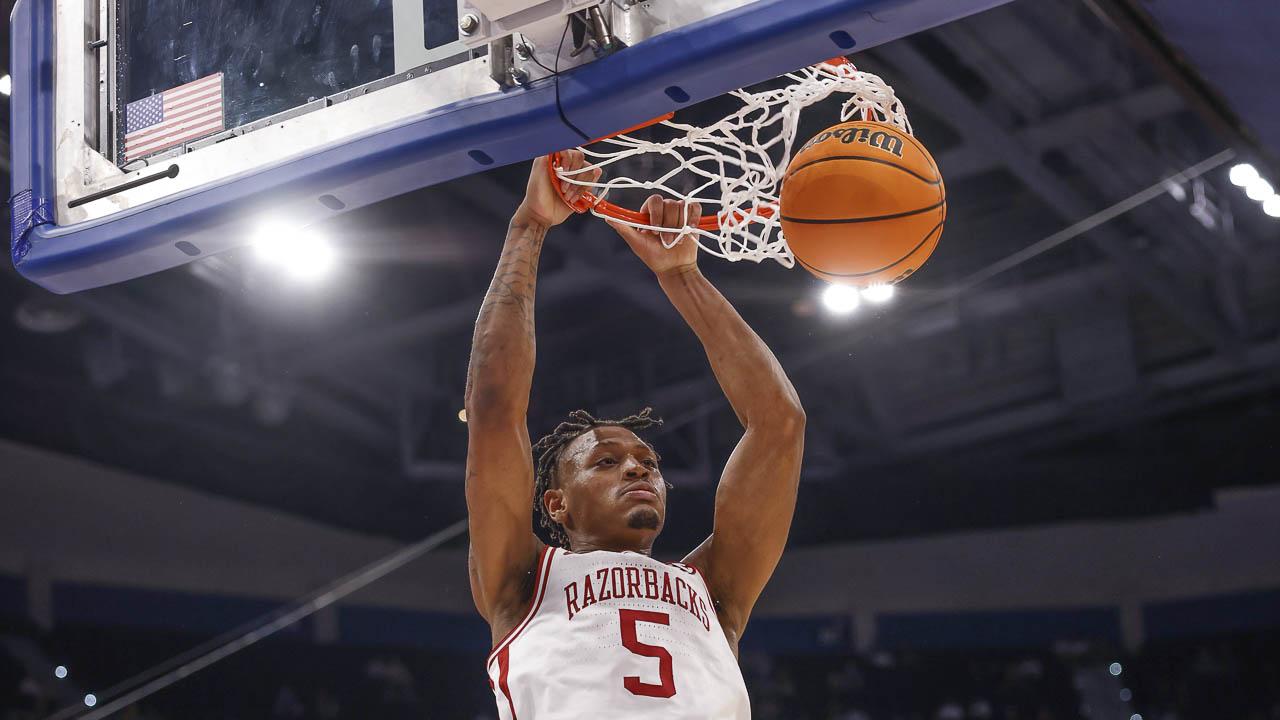 FAYETTEVILLE, Ark. — Arkansas has lost another player to the NBA Draft … if Au’Diese Toney signs with an agent.

On Monday, Jaylin Williams announced he was going to explore his options but that included not signing with an agent so he would retain his eligibility with the Razorbacks.

That came on the heels of JD Notae declaring his intention to enter the draft over the weekend.

He finished the year averaging 10.5 points per game on 52.1 percent shooting from the field and a career-best 78.1 percent mark from the free throw line, while also pitching in 5.2 rebounds per game.

Toney won MVP honors at the Hall of Fame Classic in Kansas City (Mo.) in November for his efforts in wins over Kansas State and Cincinnati, logging a 14-point, 10-rebound double-double in a win over No. 1 Auburn and put up 22 points and 10 boards in Arkansas’ win over LSU at the SEC Tournament in Tampa (Fla.).

It was not immediately clear whether Toney hired an agent, which would end his college eligibility. He tagged the sports agency The Familie in his post.

Part of Tuesday’s “way-too-early” ranking that had the Hogs as the No. 1 team in the nation hinged on either Toney or Williams coming back and now, apparently, that is down to just Williams’s decision.

Expectations will be high with the No. 2 recruiting class in the country coming to Fayetteville with Nick Smith, Anthony Black, Jordan Walsh, Derrian Ford and Joseph Pinion headed here.

With Toney’s choice, they’ll all have to play apparently.