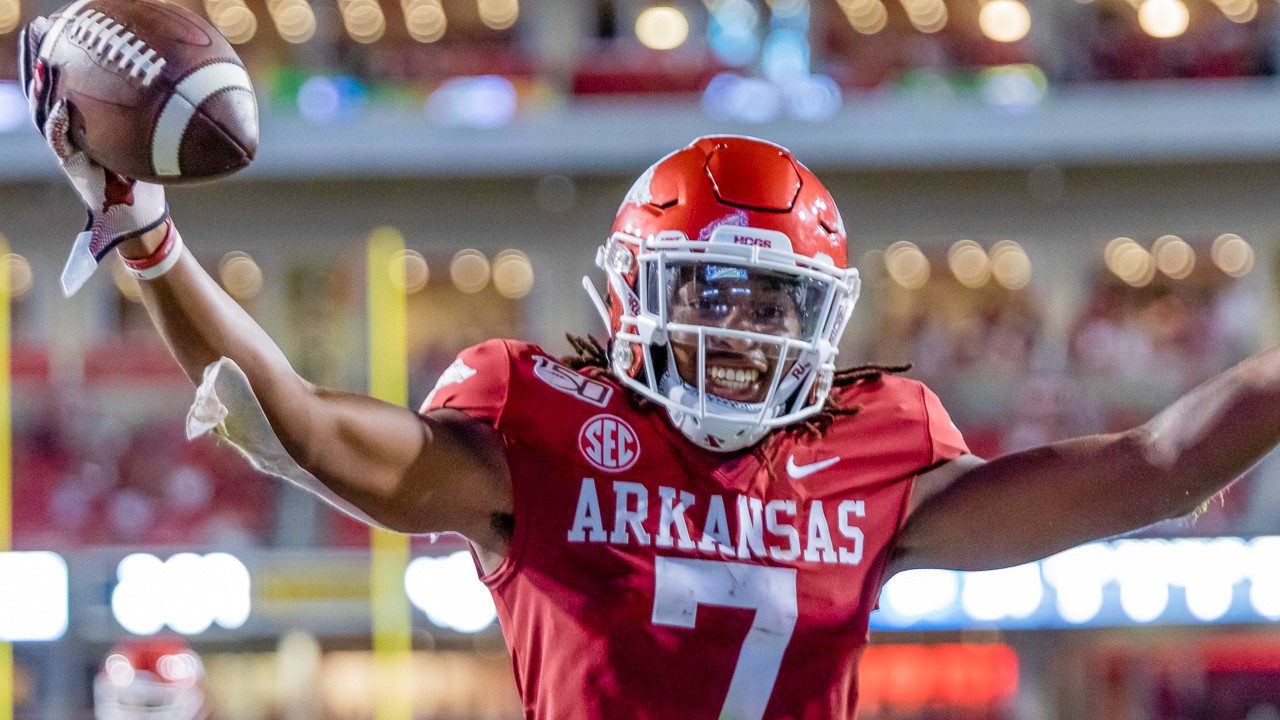 Amidst a host of concerns about various things not directly related to football, it’s about time for Trey Knox to get back involved in a depleted wide receiver rotation.

Well, he’s been on the field in every game, but he’s caught the same number of passes in the last five games that I have. Either he’s got some sort of physical issue that hasn’t been disclosed, the only other reason he’s not producing is he’s not getting open.

Sam Pittman basically said that was part of the problem with Treylon Burks just getting three receptions against Florida (although he was wide open on one play against Florida and Feleipe Franks made a bad read).

“He’s got to become a better practice player,” Pittman said this week about Burks. “There’s some things he can do to make sure that we get him the ball more. He can run better routes and those things.”

Burks is still the best wide receiver on this team, but he did have his worst game of the season against Florida. Don’t say he only had one catch against Mississippi State because he didn’t play the entire first half before going out with an injury that sidelined him for the next week, too.

But what has happened to Knox?

It’s time for Knox to get into the game to do more than simulate a moving blocking dummy. The Hogs’ numbers at what was considered to be the strongest position group on the team have suddenly gotten thin.

When De’Vion Warren suffered a season-ending knee injury Saturday night against Florida, the Hogs are shockingly down to just six scholarship wide receivers.

Considering Knox has only had seven targets this year, the guess is he’s not getting open … for whatever reason.

Tom Murphy at WholeHogSports.com first reported Wednesday the news Arkansas had one player and two staff members who tested positive for the coronavirus and there’s probably some quarantining of healthy players.

Contact tracing has become a bigger issue for college football than the number of positive cases so it’s likely the Hogs may have some players out for the LSU game because of that.

“We’ve had some positives this week that certainly will affect our football team,” Pittman said on Wednesday morning’s SEC teleconference. “But per numbers mandated by the SEC, we’re still within that number ratio, so we’re looking forward to playing.”

Hunter Yurachek told WholeHogSports.com on Tuesday afternoon the numbers were still good enough to play the game, but there’s more tests to come this week.

LSU has had two games postponed this season — against Florida and Alabama. If you find it interesting they had low numbers for those games, draw your own conclusions.

“Our numbers got so low last week that it wasn’t in the best health of our football team,” Ed Orgeron said on the teleconference. “We couldn’t play. So I understand if their numbers get low but I haven’t heard anything.”