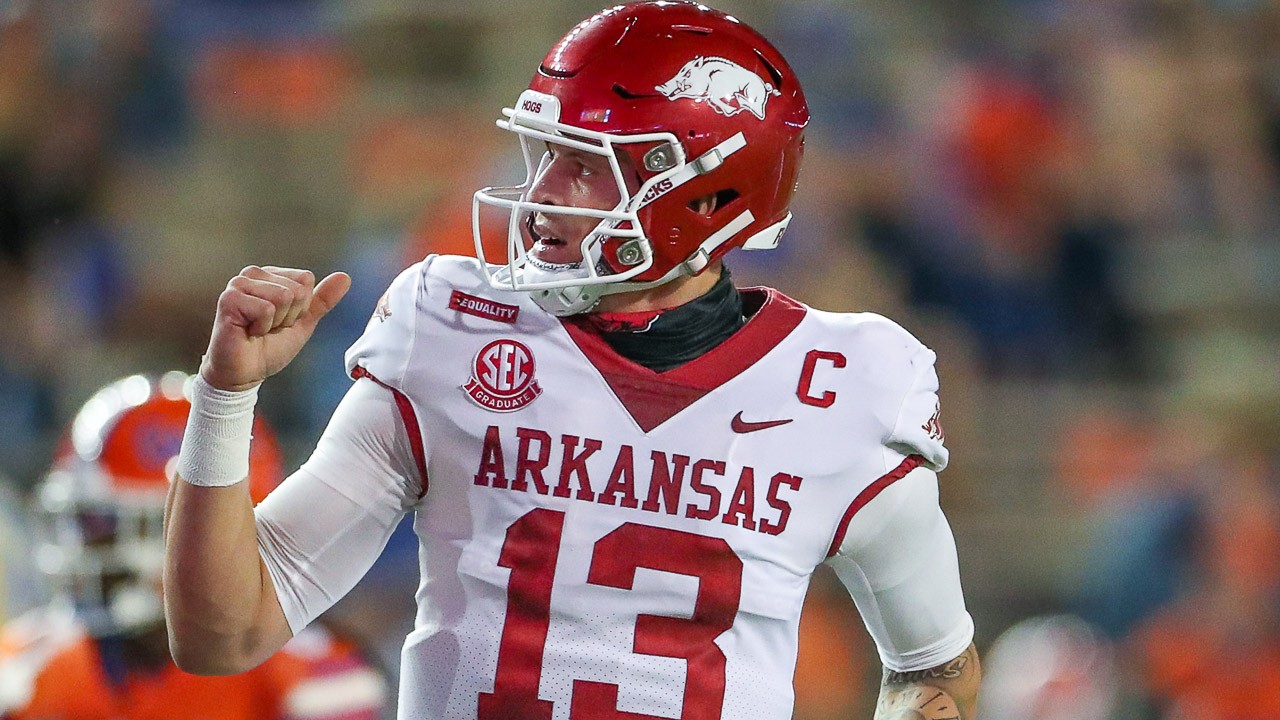 Arkansas defensive coordinator Barry Odom isn’t the only coach in football that’s pretty good at watching film and coming up with some pretty good answers.

Dan Mullen’s offensive staff at Florida did a pretty good job of that, plus they had better players a little better, which is why the 62-35 win Saturday night shouldn’t be that shocking.

Quarterback Kyle Trask threw himself into the Heisman Tophy spotlight with six touchdowns, throwing past the Razorbacks’ linebacker duo of Bumper Pool and Grant Morgan, who combined for 22 tackles … just a little above some of their individual best nights.

The Hogs couldn’t get consistent pressure on Trask, who had receivers talented enough to simply slice up the secondary.

Arkansas’ defense played hard and made a few plays, but the Gators are on a path that has multiple options of landing them in the College Football Playoff this year. This is their best team in over a decade.

Odom’s main task after this one was not letting Florida beat the Hogs twice.

“I talked to our team inside about life is made of a series of moments not defined by one single moment,” Odom said later. “Just like we won’t be defined by this moment. We’ll be defined on how we respond to this.”

LSU is coming up next and no one could have predicted back in the summer just how this game has turned from “no way” the Hogs could win to being favored from 1.5 to 3.5 points in the first Vegas odds Sunday.

Multiple people in Baton Rouge told me the Tigers get nearly all of their players back by Tuesday from the contact tracing quarantine that postponed the Alabama game last weekend. All of the chaos in college football is not being caused by positive tests but the quarantine factor for folks that have no symptoms and never test positive.

But Saturday night, offensive coordinator Kendal Briles called about as good of a game with what he had as possible.

Florida wasn’t going to let Treylon Burks get free. He did end up with three catches for 47 yards, mostly on slant patterns.

Plus the special teams questions continued. Not that the Hogs didn’t anything horrific against the Gators, but De’Vion Warren had four kickoff returns for 84 yards. That’s an average of 21 yards per return and you get the ball at the 25 on a touchback, which means they were trying to pop a big play.

Most of the pregame attention was on quarterback Feleipe Franks returning to Florida.

If Franks is as efficient against LSU this week as he was Saturday, the Hogs have a good chance at winning.

His biggest problem is not getting rid of the ball quick enough to avoid sacks. That’s a combination of being stubborn about giving up on a play and an offensive line that isn’t great.

Franks is the best deep passer for the Hogs since Joe Ferguson (and, yes, I’m putting him ahead of Ryan Mallett, who couldn’t drop throws in the tiny holes Franks does). He is not a runner, but he can run enough to turn a zero play into a positive one.

Most of all, though, no game has been too big for him. He’s been there, done that … and won at a high level.

This week he will be the best quarterback on the field against the Tigers.

And that could be enough.