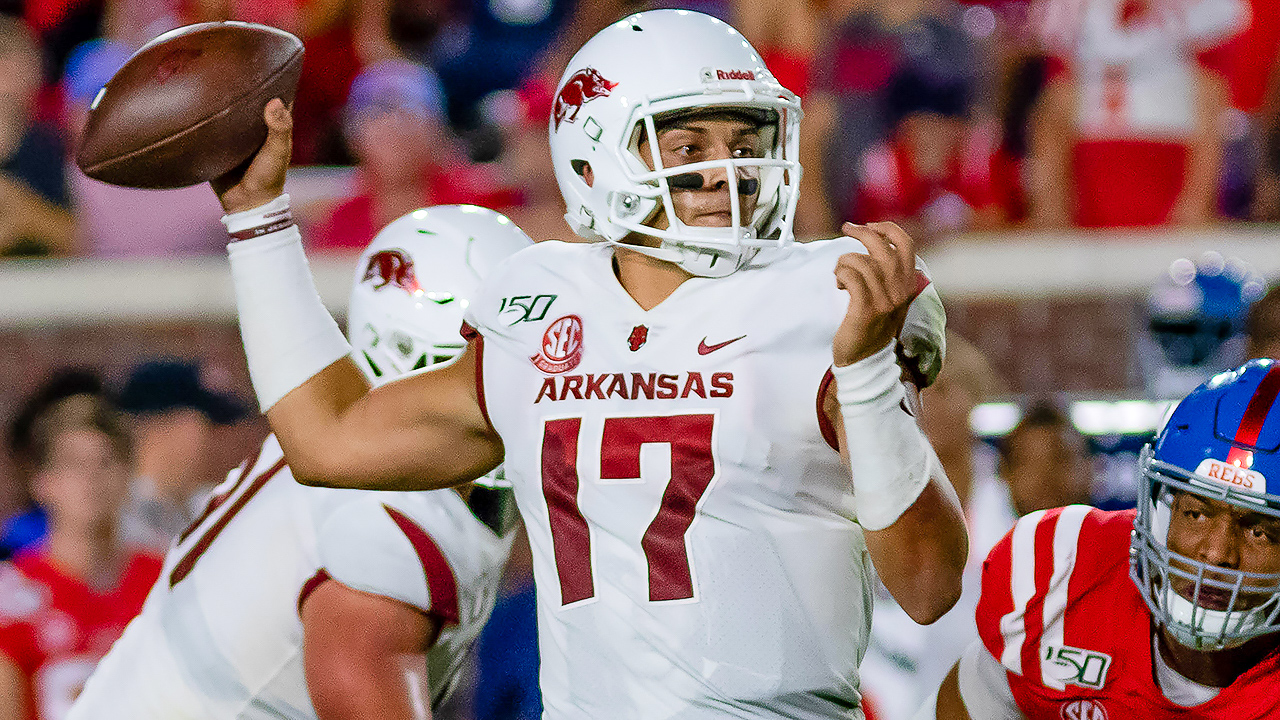 Chad Morris probably wouldn’t say it, but the last 14 games have been a nightmare for a coach that made his bones on the offensive side of the ball.

With the announcement that Nick Starkel will be starting Saturday against Colorado State, he becomes the fifth different guy behind center … and that is likely maddening to Morris.

He won’t say it. Morris doesn’t make excuses. He’s played the hand he was dealt when he came in. It wasn’t his fault the guys he inherited had limited experience because a fifth-year senior ran out of eligibility the year before he got here.

“It wasn’t so much what Ben (Hicks) did or didn’t do; it’s what Nick did,” Morris said Monday in about as talking around it as possible.

Of course, everybody knew from the middle of August that Sparkel SHOULD be starting. Some have wondered why it took him so long.

Maybe it was loyalty to Hicks, who he recruited and coached at SMU. Maybe it was a shot for Hicks coming in and functioning basically as a graduate assistant in a uniform.

“Ben played okay,” offensive coordinator Joe Craddock said. “He missed some throws I wish we had back.”

That last part is the most telling. After the play’s over we all know, including whoever called it and it either works or you want the play back.

What Craddock meant by that was simply Hicks wasn’t getting the job done.

Quite frankly, I don’t know why the coaches didn’t see out of Starkel what most of us saw in limited views of fall camp drills. Granted, we don’t get to see a lot, but you could definitely tell the ball literally jumped off his arm when he threw it.

“The ball came out of his hand quick,” Morris said about Saturday night. “I thought, at that point, you kind of saw Ole Miss back off a little bit and give us some underneath stuff and loosen some things up.”

Hicks was constantly high on his throws, which is usually the result of throwing with your weight distributed on the back part of the delivery instead of stepping into the throw.

Now we find out if Starkel can avoid the syndrome tall quarterbacks usually deal with — inconsistency. Although he’s listed at 6-foot-3, that is off, by his own admission.

Craddock and Morris have said since the start of fall camp that Starkel had the bigger arm. This has, thus far, played out the way many predicted. More than a couple of folks said Hicks would start and play the first game, Starkel would come in against Ole Miss and be the starter going forward.

That big arm and the playmaking ability is something this team needs IF he can avoid the mistakes.

“He’s able to push the ball down the field a little bit more,” Craddock said. “That may put a little more fear in those DBs that they can’t just stop the run.”

With Hicks, there was too much congestion inside to get much consistency, even against folks like Portland State, who really couldn’t match up and eventually just got hammered down.

Colorado State is better. They beat the Razorbacks last season in the second week of the season with a quarterback change at halftime, followed by a completely embarrassing loss to North Texas in Fayetteville the next week.

That loss was more embarrassing than what the Hogs had in Oxford last Saturday. That was a frustrating loss because the offense simply figured out new ways to screw up in some ways that truly appeared to baffle Morris and Craddock.

The biggest difference is going to be if Morris can avoid the second week loss from causing a couple of more disasters like he had last season.

And we’ll see if the “Starkel Sparkel” can save anything for this season, which didn’t have really high expectations to start with.

Morris needs some stability at quarterback or his offense is never going to be able to make any signs of progress.

He’s running out of options.