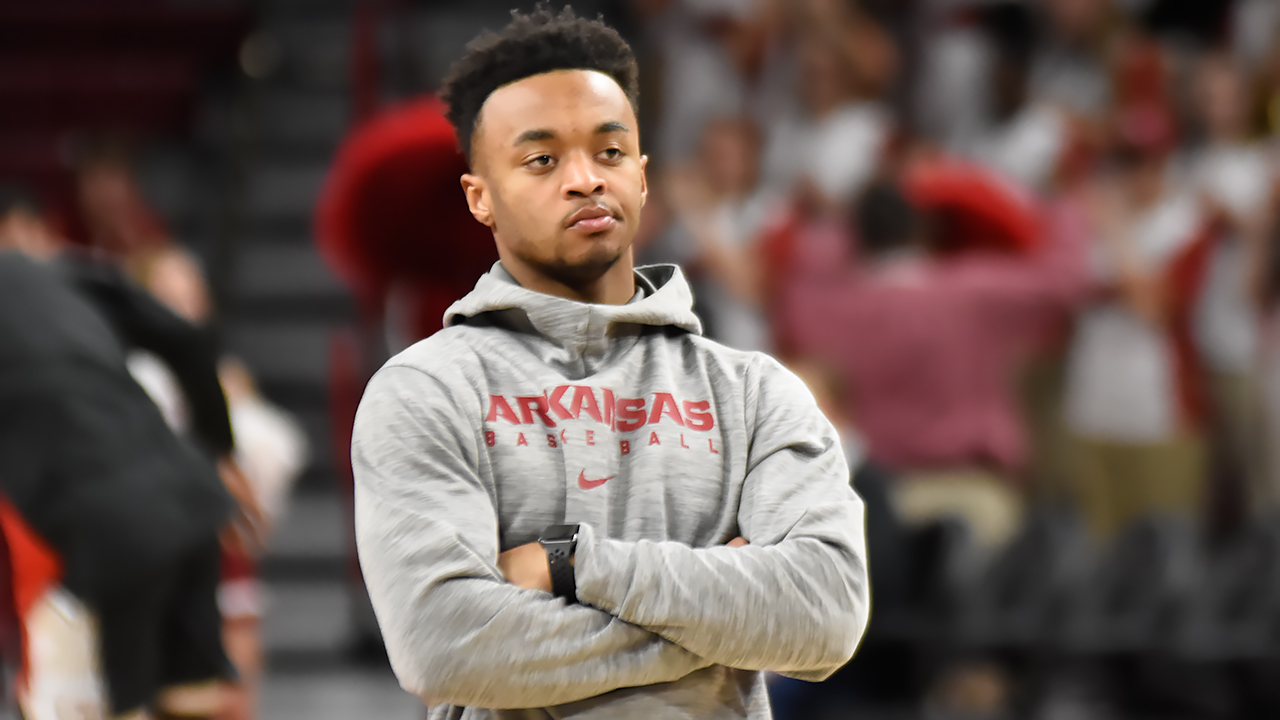 Justice Hill’s drama continues after he flip-flopped in his own announcement.

Thursday morning, he tweeted that his name is now in the mysterious NCAA’s transfer portal … for basketball. Then he said, well, football might still be in the picture.

I have no future comments right now. pic.twitter.com/OqCzJXTFwa

He also added that he has no further comment.

It was just a few weeks ago everybody had a source and, apparently, the first report by Trey Schaap of The Buzz in Little Rock was accurate … right up until somebody else had a source disputing that.

All of this was coming on the heels of Chad Morris giving the indication that Hill would be taking part in some of the Razorbacks’ spring football practices.

The men’s basketball roster for the Razorbacks updated Thursday with Hill not on the list as well as former walk-on Jonathan Holmes and Kahlil Garland.

Garland will become a student assistant, not being medically cleared to play. He will remain on scholarship, but not count towards the 13 allowed by the NCAA.

The two roster moves opens a scholarship spot for the Hogs, including a transfer for Eric Musselman’s first team that can help immediately.

Hill was recruited and signed by former coach Mike Anderson after leading his Little Rock Christian team to the Class 5A state championship in football. He was immediately redshirted.

Late last month is when the first report he would not be back surfaced, which was dismissed by some in the media based on some source after the tease with the football team.

Apparently, his future at Arkansas rests with a discussion with Morris and the football staff.

Exactly where he would fit there is speculative at best.