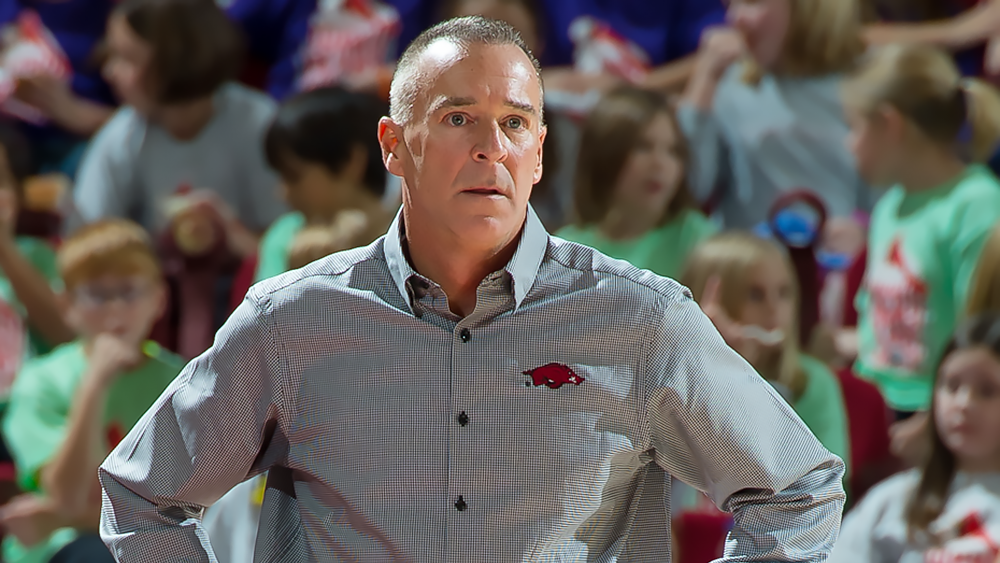 Jimmy Dykes has played and worked for Eddie Sutton for a lot of years so the official announcement Sutton was headed to the Naismith Basketball Hall of Fame last weekend was a relief as much as anything.

“We’ve always thought in our hearts he was a Hall of Famer,” Dykes told The Morning Rush statewide on ESPN Arkansas. “It was nice to have it validated like it was. I talked to the family Friday night after they found out he was selected and it was a sweet moment.”

Sutton, who is unable to talk because of health issues, still hears pretty well and communicates through his family and Dykes said they held the phone for him to hear Saturday after the official announcement.

it is an honor all the former players and coaches have been as excited about as anyone.

“I wouldn’t be at ESPN like I am today without him in my background,” Dykes said.

Sutton was one of the old-style coaches, emphasizing defense constantly. If you watched one of his practices at Arkansas in the 1970’s you wondered if he was aware you had to put the ball in the hole eventually to win.

“He was great on both ends of the floor as a coach,” he said Friday morning. “You go watch Bill Self at Kansas and he’s doing some of the same defensive drills that Eddie Sutton did at Oklahoma State with Mr. Iba.”

There were a lot of those interviews in the early years when Sutton referred to those drills under legendary coach Henry Iba in Stillwater during his playing days there from 1955-58 when the Aggies were one of THE blue bloods of college basketball.

They were Oklahoma A&M in those days and the Cowboys nickname came later.

But Dykes pointed out how Sutton adapted what he was doing to what worked as the game evolved.

“The fundamentals of the game defensively have translated to today’s game,” he said. “The game offensively changed and he adjusted to that, but the defense never wavered.”

Teams now still play defense to win. It’s something Eric Musselman has brought a renewed interest in with the Hogs and for an analytics coach, it’s just in the numbers.

“Offensively, Gonzaga was number one team in the country and defensively just outside top 25,” Dykes said about an interesting aspect that was going to play out in the NCAA Tournament this year before being cancelled due to the global health crisis.

“No team in the last 10 years has won a national championship without a top 25 defense,” Dykes said. “I was anxious to see if Gonzaga could have done that this year. If you don’t play defense at a high level you’re not make a deep run or championships.”

The other part Sutton brought to the team was confidence in his ability to coach.

“I can remember a few times we’d be behind at Kentucky and two or three times he would say at halftime he could out-coach the other guy,” Dykes said. “There was never a game we thought we’d get out-coached. It never was even a thought.”

Dykes likes what he’s seen from Mason Jones, especially his ability to score at a clip where he became co-MVP of the SEC this season and gave some of the credit to Musselman.

“Eric did a tremendous job developing him,” he said. “How do we play with freedom, keep the proper spacing and still keep that freedom? Mason was tremendous at that. He could score from anywhere.”

But there are still some things he’s got to improve for the next level.

“He’s still got to develop his body, improve his athleticsm,” Dykes said. “He’s a full 6-5 and has that confidence to get it done. Can he defend, be explosive enough to make those plays at the NBA level?

“The bodies on the floor in the NBA is night and day different from college,” he said.

With all sports cancelled right now, it’s not just fans feeling the frustration.

“The games went away a lot, lot earlier than any of us wanted them to,” Dykes said.