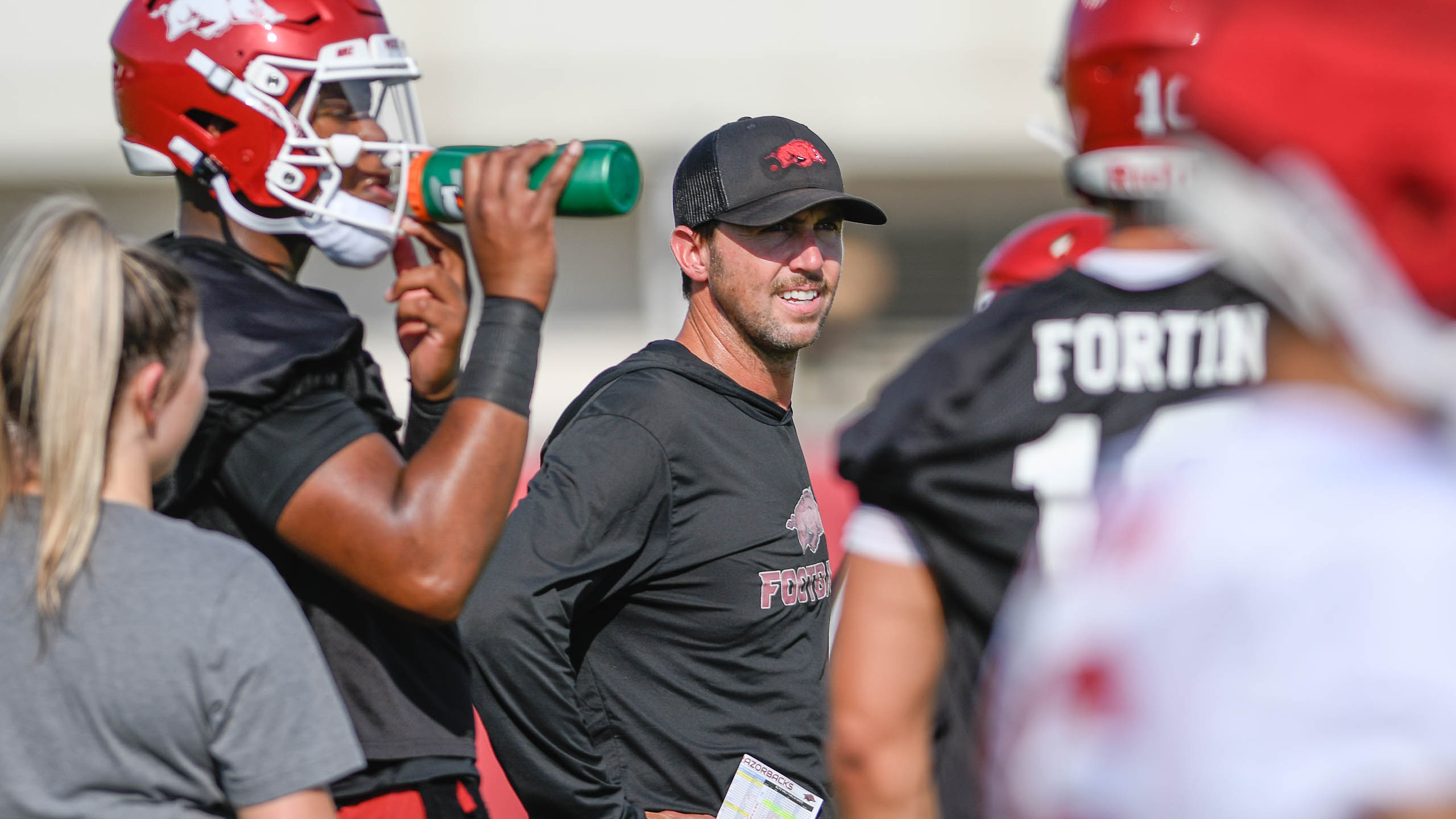 FAYETTEVILLE, Ark. — The social media watch is on.

Arkansas offensive coordinator Kendal Briles may be headed back to his native Texas to direct the offense for college football’s Cinderella story from last year.

FootballScoop.com and other places reported Wednesday morning that at least folks in Fort Worth think the guy who’s guided the Razorbacks’ offense from chaos to respectability is bolting to TCU.

Sources tell FootballScoop that Sonny Dykes and the Horned Frogs believe a deal will be reached to hire Texas native and top young offensive coordinator Kendal Briles away from the Arkansas Razorbacks, barring any unforeseen snags.

Today may be the day things happen in the background as it’s the day the transfer portal closes. It is reportedly the day everyone has targeted to try and get something out before it closes.

That is the little fact Hogs’ fans will be watching closely as Briles developed KJ Jefferson into one of the top quarterbacks in the SEC headed into the 2023 season.

Would he leave for the Horned Frogs?

Arguments can be created for both sides of that conversation, based on whatever decision the person making the argument might make. It’s dangerous these days to assume everybody shares anybody’s thoughts about anything.

The the whole NIL thing could come into play.

Sonny Dykes, the man who took what Gary Patterson built with the Horned Frogs all the way to a national championship game appearance against Georgia (and, let’s be honest, about all they did was show up in time for kickoff).

Regardless how you want to spin things in your own mind, they ended up being the second best team in the country.

The Hogs fell to 6-6, then had a struggle win in overtime against Kansas in the Liberty Bowl.

It may be an interesting day.