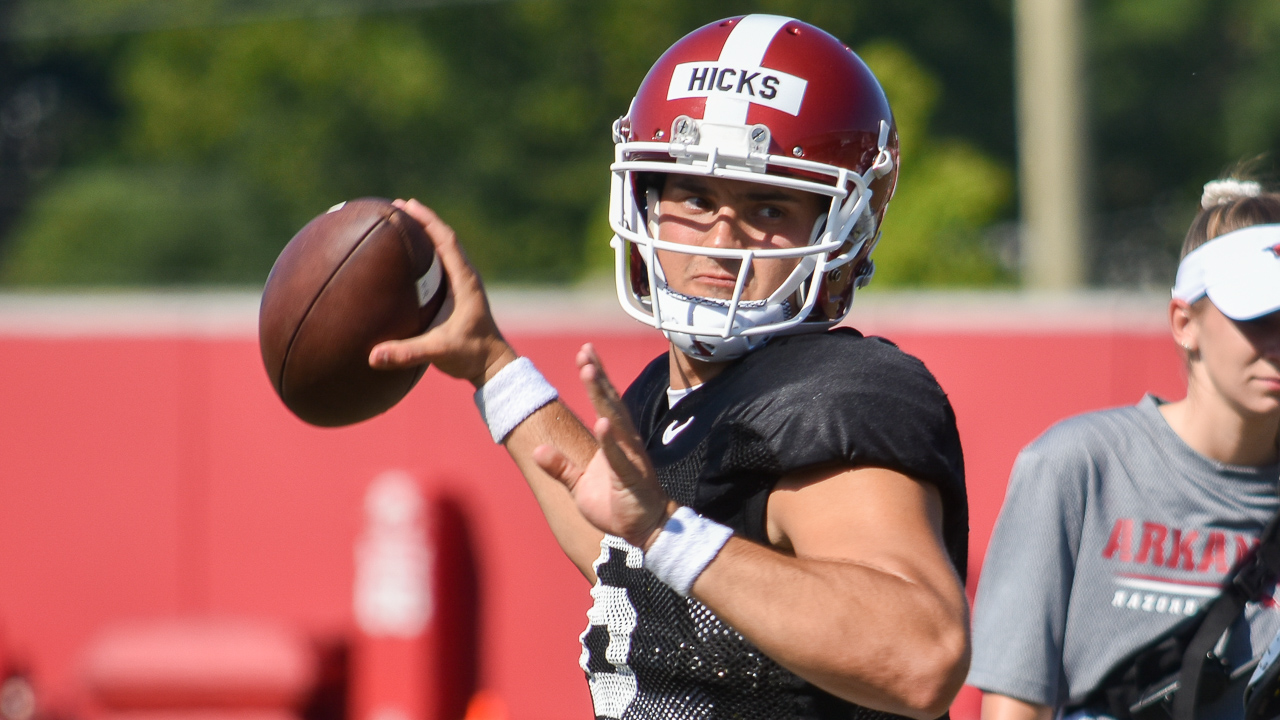 Many Razorbacks fans and media members have exerted a lot of energy on who will start at quarterback when the Hogs host Portland State next Saturday.

I am much more interested in this new Popeyes chicken sandwich and how it compares to my beloved Chic-fil-A sandwich. I still can’t settle that debate because I can’t squeeze into the lot of any of the Little Rock Popeyes locations.

But back to football.

You can ring your hands all you want and yell at Chad Morris through the TV, but it really doesn’t matter who he starts against Portland State.

What I want to know is who is going to start Week 2 at Ole Miss. The SEC opener is the biggest game Morris will coach in during his short tenure.

Win that game and have something to call recruits about.

Lose that game, and the season is already mired in negativity before it gets started. You get the idea, and the importance of this game is nothing new.

The talking heads have hammered it all summer.

So, that’s why I couldn’t care less who starts Week 1, but will be very interested in the Week 2 announcement.

That guy may be the winner of the QB sweepstakes, although if things go bad, Morris could be hopping back and forth all year like he did last year. If you think whoever starts in the opener is a shoe-in to at Ole Miss, think again.

I would even dare say that if the Portland State starter struggled early, he may be pulled and not play again the rest of the game.

Morris can’t take anything for granted.

A squad that was a 2-10 team a year ago can’t look past anybody, so either guy will have a quick hook if the first few series are disastrous.

If this battle is as close as it looks, ideally, the Portland State game would be an audition for the Ole Miss game, sort of like an NFL preseason game. Both guys play and whoever looks better, regardless of who started, that guy would get the not at Oxford.

I’ve believed all along that Morris has intended for SMU graduate transfer Ben Hicks to start the season atop the depth chart.

He has all of the advantages other than playing against SEC defenses every Saturday. He knows the staff, the playbook, and he’s more familiar with the personnel going through spring practice.

Texas A&M grad transfer Nick Starkel is a better athlete and is experienced with the speed of the SEC with his time starting for the Aggies.

However, Morris’ offense is complex and Starkel has had to learn it and get acquainted with his receivers since arriving this summer.

So, don’t blame Morris and staff for dragging the process out to the end of camp to see how far along Starkel is.

Some are frustrated because they think Morris has already picked a starter and is just biding his time. If this is gamesmanship with Portland State, that’s OK, too. Don’t let the opponent know too early. That is a classic coaching tactic.

Whatever the reason, contrary to the belief of some, not publicly revealing the starter has no impact on the team or the offense.

The other 10 guys in the huddle don’t need to know who the starter is now to have confidence in him Week 1.

They are getting to know each QB and will be ready for whoever is under center and if three or more play Saturday, that will work, too. The players won’t be surprised.

So, let’s resume this discussion after Portland State game when we’ve seen the combatants take some game snaps.

I’ll tell you then who should start at Oxford.

Also by then I should be able to tell you which fast-food chicken chain has the best sandwich.