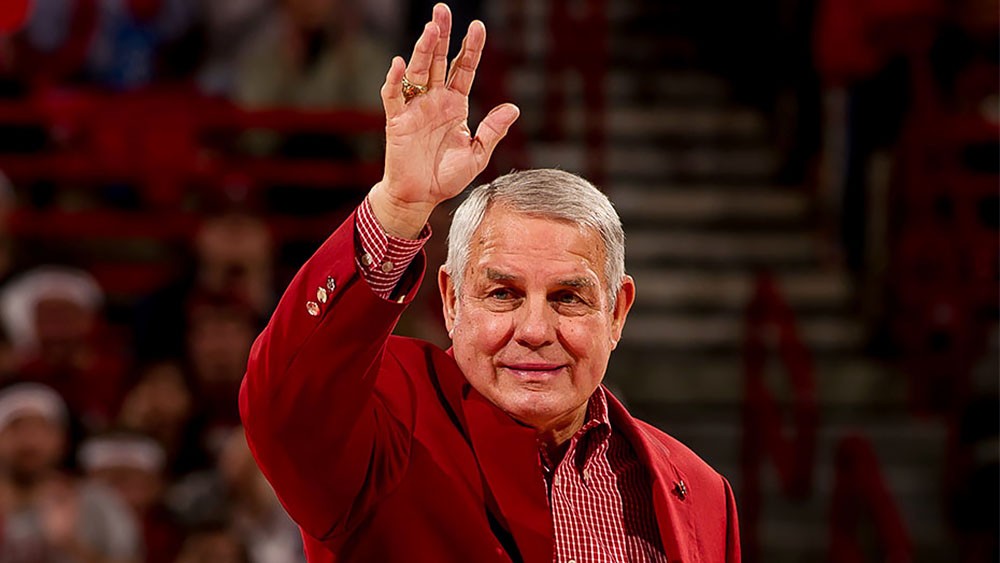 Putting together the Top 10 of Arkansas football coaches is almost impossible because nobody’s alive that’s seen them all and you can’t compare different eras.

It’s hard enough to compare the various phases of college football in the last 44 seasons.

Not only have the rules changed dramatically, but so has just about everything from roster limitations, scholarship changes and the like.

So this ranking of the 11 coaches since Frank Broyles stepped down in 1976 seems the most logical way to do things.

There were some occasional big seasons before Broyles came in 1958, but he coached 19 seasons and stayed for 50 years in some capacity and it’s no fun to do a list when there really isn’t a debate about who’s at the top.

During the dog days of summer everybody has a list because there’s not really that much to do over the next month or so. Most were expecting another week of baseball so it is a dead period of sorts.

This list ranks the coaches since Broyles stepped down and includes current coach Sam Pittman, who has just one oddball season (that was caused by a national pandemic).

He’s not the only one with a short resume.

Two coaches have had one season (counting Pittman), another a partial season and a couple of two-year stretches.

When you put all that together the decline of the Razorback program isn’t especially surprising.

Despite all that, though, here’s the ranking of the coaches … from worst to best. Barry Lunney, Jr., who coached the final couple of games in 2019 is not included.

Every aspect of their tenure is included and it is subjective. Feel free to comment if you don’t agree.

11. Chad Morris (2018-19): This one is a no-brainer. About the only name to benefit from this hire was Otis Douglas, who was the worst hire from John Barnhill’s days as athletics director. But even Douglas (who was as out of place as Morris at least won three conference games in his first two seasons). Morris still doesn’t have an SEC win and not very many good losses (if you believe in that nonsense).

10. John L. Smith (2012): After Bobby Petrino flew through the handlebars on the highway to Elkins (at least that’s the official version), Jeff Long gave an early indication of how dumb he was by bringing in Smith. He inherited a team that was probably a little over-rated in the preseason, then proceeded to stumble and bumble his way to a 4-7 season. Even he won two conference games in that season, though, so he’s not on the bottom.

9. Joe Kines (1992): There are a lot of folks that feel Kines should have been named the permanent head coach when Jack Crowe was fired a game into the season, but Broyles chose Danny Ford instead because Kines had no head coaching experience. He did revitalize the fan base after a shocking opening-game loss to The Citadel, beat Tennessee and developed a strong following.

8. Jack Crowe (1990-92): In the ongoing 44-year cycle of emergency replacement coaches, Crowe was hired when Ken Hatfield left for Clemson without notice. Crowe was on the plane headed to Clemson, pulled off and given the job. His biggest problem was Broyles announcing the Hogs were headed to the SEC because half of his team was from Texas and wanted to quit in 1990.

7. Bret Bielema (2013-17): Despite what some people thought at the time, Bielema was the worst hire since Douglas. With a shiny resume at Wisconsin just keeping in place what somebody else built, Bielema showed he was completely incapable of building something similar at Arkansas. Combined with Long’s incompetence it was clearly the blind leading the blind.

6. Sam Pittman (2020-Present): With a 3-7 record and only being a head coach for one year some might question this placement and it may be more of speculating on the future instead of the record. Pittman, though, has that feel he can get the most out of what he has, which is how the Hogs have always had success. Coaching a bunch of over-achieving players is what has worked in the past and is probably always going to be the requirement and Pittman appears to be able to make that work.

5. Danny Ford (1993-97): When Broyles canned Crowe, Kines managed to talk Ford off his cattle farm in South Carolina. The guy who said things like “scientific rocket” in press conferences could coach, but never appeared driven to do much more than win the SEC West in 1995 and cruise for a couple of years before getting fired. But he could coach … when he put his mind to it.

4. Bobby Petrino (2008-11): After Houston Nutt either walked away or was encouraged to leave, there wasn’t exactly a long line to be the Hogs’ coach so some considered it a huge hire when they talked Petrino into leaving the Atlanta Falcons for Fayetteville. He had a couple of good years but it was clear he wasn’t going to recruit well enough to sustain that, then the drama of his firing meant he was gone by the time things hit rock bottom.

3. Houston Nutt (1998-2007): One thing Ford did well was recruit and he left the cupboard pretty full. Nutt talked the search committee into choosing him over Tommy Tuberville and within a few years was the most polarizing coach of the modern era. Some loved him. Others hated him. But he did win 61% of his games and nobody has come close to doing that except Petrino’s best two seasons and 2015. Nutt also won 53% of his games in the SEC and only Petrino did that with a much smaller sample size.

2. Lou Holtz (1977-83): When Broyles stepped down after the 1976 season, Holtz was really the only serious candidate. He inherited maybe the best collection of talent in Razorback history everywhere on one team.His first team (1977) had as good of a claim to the national title as anyone after a 31-6 win over Oklahoma in the Orange Bowl, but they could never keep up with that pace. A few more wins in 1980-83 would have him in the top spot. He won at a 72.2% pace.

1. Ken Hatfield (1984-89): No coach in Hogs history had a higher winning percentage than Hatfield (75%). In terms of pure ability to be a head coach of a program nobody else at Arkansas has been as good as he was. Over six seasons he had 10-win seasons half the time and had 9 wins twice. The problem was losing bowl games (1-6 postseason) and frustration with administration decisions. His sudden departure for Clemson ranks with Petrino’s motorcycle ride for most shocking endings for a Razorback coach.

There it is. Admittedly it’s subjective. Feel free to comment.